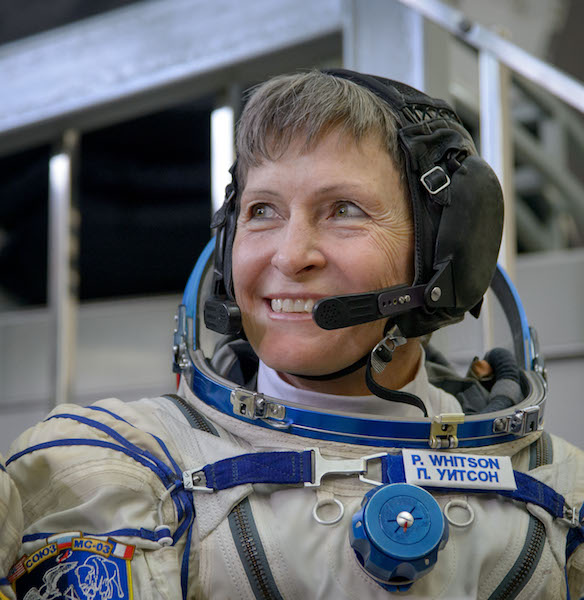 NASA astronaut Peggy Whitson became the first female commander of the International Space Station when she took command during Expedition 16 in 2008.  Today, she took the helm again, becoming the first woman to command the space station twice.

In a ceremony broadcast live on NASA TV yesterday morning, Whitson made history a second time, taking the reigns from NASA astronaut Shane Kimbrough who returned to Earth this morning with other members of Mission 50.  Whitson’s stay on the space station has been extended by three months, during which time she will welcome new crew members Jack Fischer, of NASA, and Russian cosmonaut Fyodor Yurchikhin on April 20.  She will now leave the station in September.

That smiling woman in the middle takes over command of the world’s spaceship today. Go @AstroPeggy! pic.twitter.com/q4ToqZg7AU

As space.com reports, Whitson is known for her other incredible, record-breaking accomplishments in space.  “She’s the oldest woman to go to space. She’s spent the most cumulative time spacewalking of any female astronaut, and soon she will also beat Jeff Williams’ record for the most time spent in space by a U.S. astronaut of any gender.”  What a complete badass!!  We salute you, Commander Whitson.  Stay safe up there.