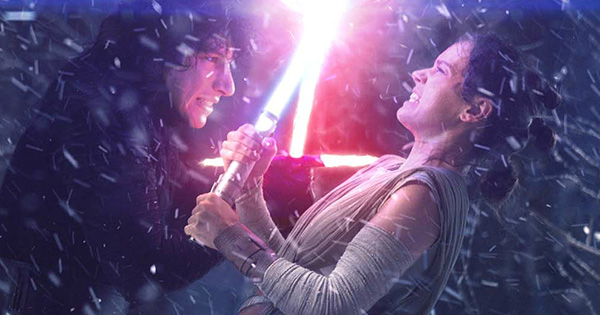 Battlefront II made a splash at Star Wars Celebration earlier this month. And with their announcement of the game’s release, they also revealed they would be covering multiple eras of Star Wars, including the future trilogy. During the panel they noted that they would incorporate The Last Jedi in outfits. Thanks to GameStop Ireland, we now have our first look.

GameStop Ireland offered pre-orders on their website and included the exciting features coming with the game. That includes Rey and Kylo Ren being playable in the game. And lo and behold, they included photos. The photos, however, are not in-game, they’re actually production stills! Kylo Ren’s outfit is mostly the same. It’s noticeable that he’s not wearing his helmet. So he may be helmet-less for most of the film. His moved scar is also visible, having healed significantly since their fight in the woods. He’s also sporting a full cape now! He might have gotten the inspiration from his good ol’ grandad for the cape.

Rey’s new outfit is the most exciting. We’ve seen this picture of her before, but only her head and shoulders. It still incorporates some of her original outfit but with more distinguishable features. For one, she has a large brown belt, one that’s reminiscent of Obi-wan Kenobi’s in the prequel films. She also appears to have a heavy layer on over her original outfit. It only makes sense if you see it. And thanks to StarWarsNewsNet and boomdafunk on Tumblr, we have a better view of the outfit. Check it out below!

What do you think of the outfits? Let us know and be sure to come back to Geek Girl Authority for more Star Wars news. The Last Jedi is in theaters December 15th. 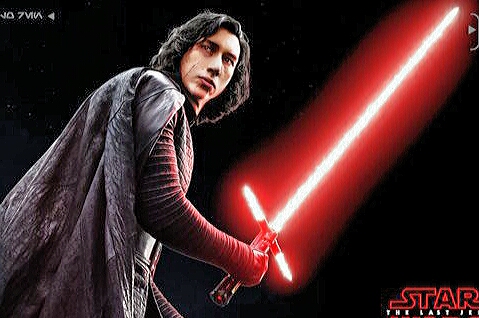 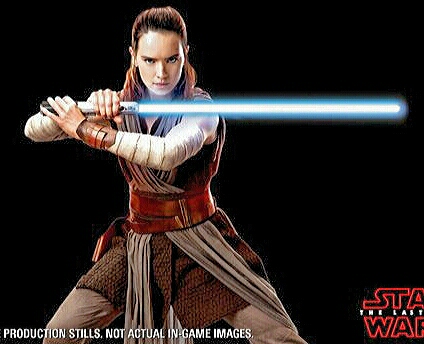 Eric Jason Martin's debut novel New Arcadia: Stage One is getting a multi-cast audiobook this March! Check out who will be making the trip into the virtual 90s!

Marvel has released the official title for Spider-Man 3, Spider-Man: No Way Home! Of course, we have quite a few theories about this and the fake ones so check our post to learn more! What are your theories?

Marvel has released the official title for Spider-Man 3, Spider-Man: No Way Home! Of course, we have quite a few theories about this and the fake ones so check our post to learn more! What are your theories?

We've Got Premiere Dates for LOKI and STAR WARS: THE BAD BATCH