First Look at Medusa On Set of INHUMANS

So listen, we get it. You don’t really see too much in these pictures from Reel News Hawaii giving us our first look at Queen Medusa (Serinda Swan) of the Inhumans — but bear with us here, because there’s actually some fairly telling pieces to pick out here. 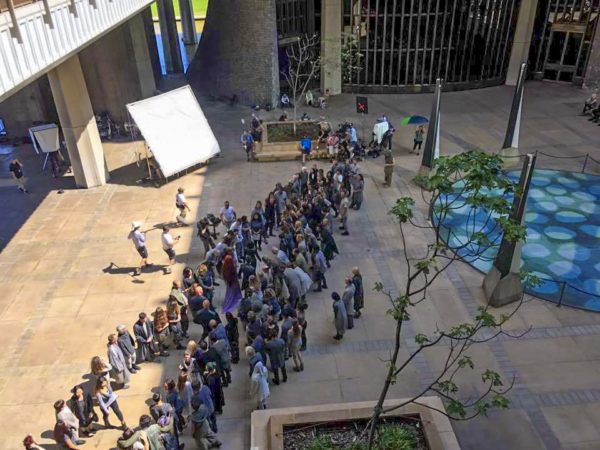 First of all, the only actual picture where we can see Queen Medusa is this one, where we see her in a purple dress, her back to us allowing us to see her long red hair. What can we parse from this? She’s in purple, which is a color commonly associated with her in the comics. We also see here long red hair, which, of course, she actually needs. However, what this shows us is that, at some level, the filmmakers are using real hair for the most part. Surely, when she’s using her hair to fight, they’ll use CGI, but here we see that in normal everyday situations the actress just appears to have red hair.

She’s walking with Black Bolt (Anson Mount), who we’ve already seen better pictures of. What’s telling here is that they are walking down an aisle of Attilan citizens. While we’ve known that they are the Royal Family of Attilan, it’s nice to see full confirmation that they preside over the city, that it is populated and that the citizens respect their monarchs. 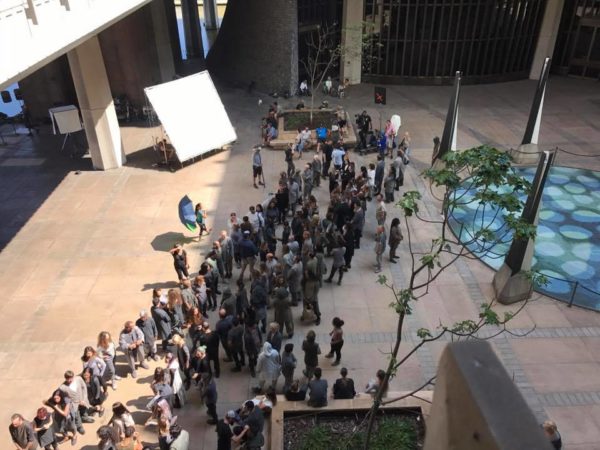 Finally, we also have a quick look at Iwan Rheon as Maximus the Mad. Again, it’s from such a distance that we can’t really make anything out, but seeing him in all black is a great nod to his character in the comics. Also, we see here that he’s still accepted as royalty, maybe even trustworthy, at some point in the series. Our guess is that this is all at the beginning of the series before his madness has taken him over.

You can see the full tweet from Reel News Hawaii below.