We Have Our First Look at David Harbour as Hellboy

Finally! Today we were gifted by not one but two images of the devil without horns. Shared on Twitter, we get to see a very jacked David Harbour sporting all the fun prosthetics that go into being Hellboy. We have a few changes here from the Ron Perlman version so let’s talk about it.

First, David Harbour posted a black and white version on his Twitter account that has since been deleted. Seemingly on set, he’s sporting that infamous trench coach while staring at the camera. It doesn’t give us too many details. However, a newly created Hellboy Twitter account debuted a more HD image and good googly moogly! In both images we can see that his arm is massive but more industrial looking, like it’s made of used parts, versus the crumbling-look of the Perlman arm.

The biggest difference between the two, at least appearance wise, is hair. While Perlman’s had the bun like the comics, Harbour’s Hellboy has his long hair down. It’s an interesting choice. One, I’m thinking, is to make him look more feral. But that is pure speculation. Either way, he’s a scarred rebel, ready to use that giant gun of his. Bonus, we also got the logo for the upcoming film (or film series)!

Check out the images below and let us know what you think. Be sure to come back to Geek Girl Authority for more Hellboy news! Hellboy: Rise of the Blood Queen currently has no release date. 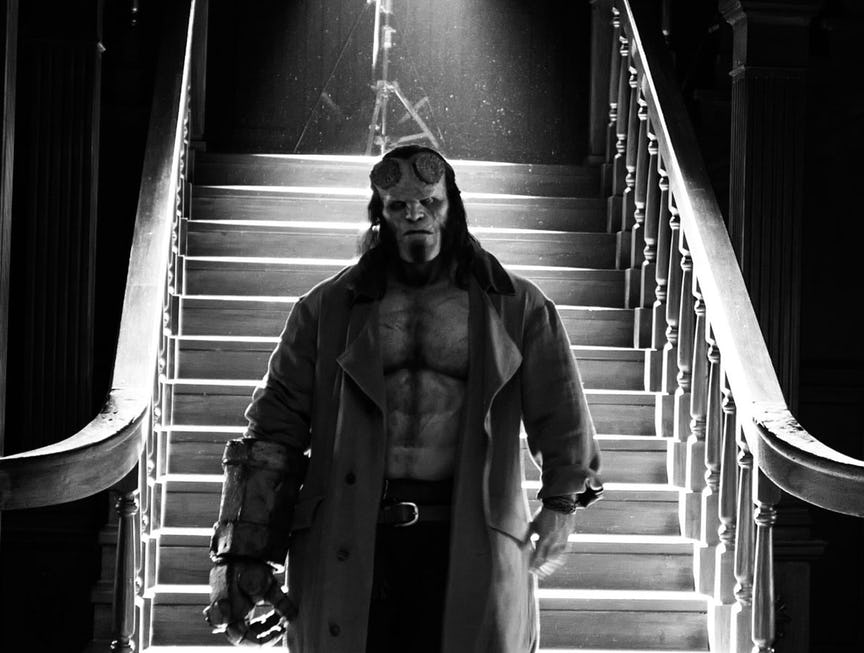 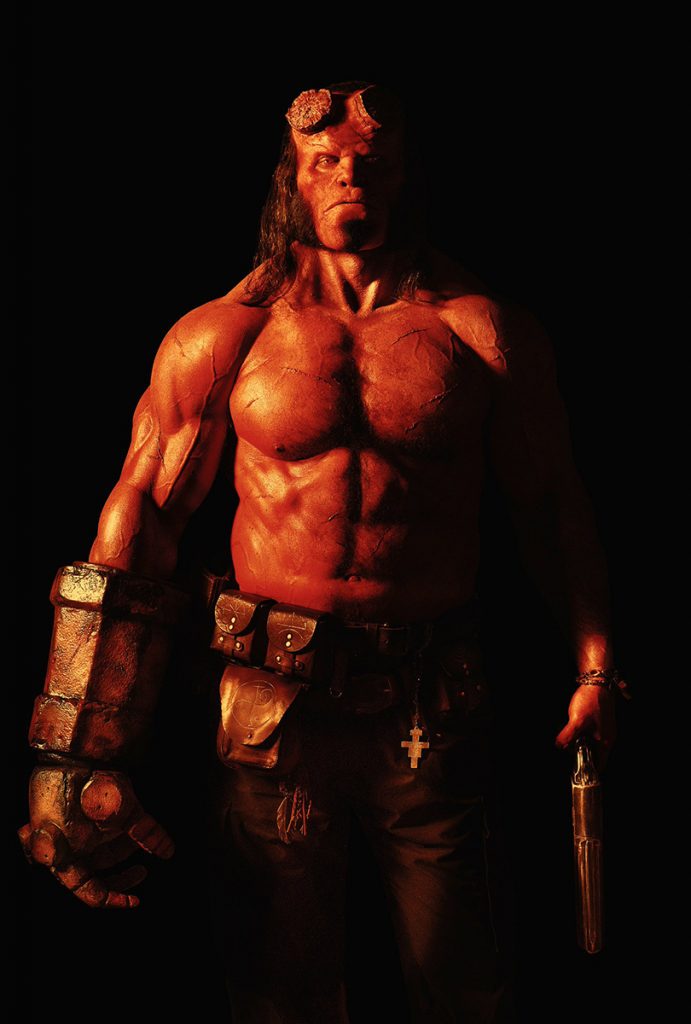