New World is on its way. Star Daisy Ridley shared our first look at Chaos Walking on Facebook this morning. Based on the young adult novel series of the same name by Patrick Ness, we see our two leads filming on location. The post-apocalyptic series will be coming to life thanks to Doug Liman best known for Edge of Tomorrow.

In the photo we see Daisy Ridley and Tom Holland as they stare with determined faces out into the abyss. Holland is playing Todd Hewitt, the only boy left in his small colony on a foreign planet. Ridley is playing Viola Eade a girl whose role within this alien planet may be the key to discovering all there is to know about it. The film is silent on details but we have a very small description of the film.

Todd has been brought up to believe that the Spackle released a germ that killed all the women and unleashed Noise on the remaining men. One day he comes upon a patch of silence and soon discovers the source of the silence: a girl, named Viola.

Fans of the book series will know what all of this means, but for movie fans, this is a bit confusing. What we know from the books is that Spackle is the alien race native to the planet they are currently inhabiting. They are blamed for the release of the germ but there are those that know the truth. With Viola’s help, Todd will be able to learn the truth and find a way to stop the people behind it.

For now, we have a look at the two main characters. Ridley is rocking some bright orange pants and a sweatshirt, giving off a sci-fi vibe from the stitching and padding on it. While Holland is rocking some pants and a tank top. One of the nice things is that you can tell it’s supposed to be post-apocalyptic by looking at Holland’s belt. It’s made of rope, so you’re given the impression that supplies are not in abundance and they must make due with what they have.

Check out the image and let us know what you think. Are you excited to see The Knife of Never Letting Go on the big screen or are you apprehensive? Be sure to come back to Geek Girl Authority for more sci-fi movie news! Chaos Walking is currently slated to debut on March 1st, 2019. 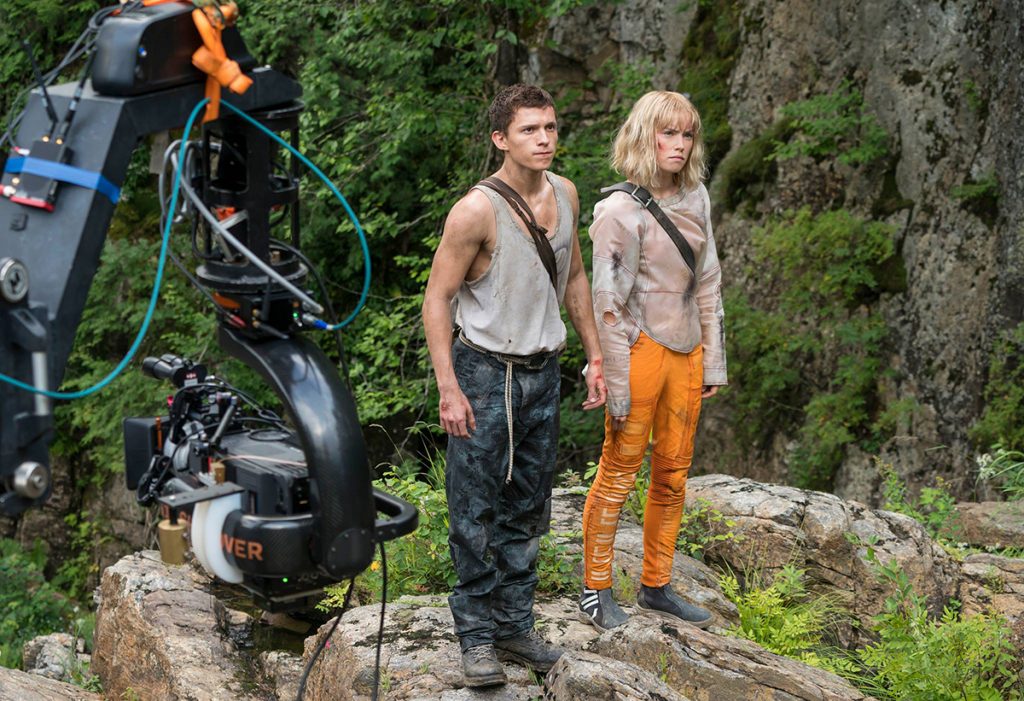