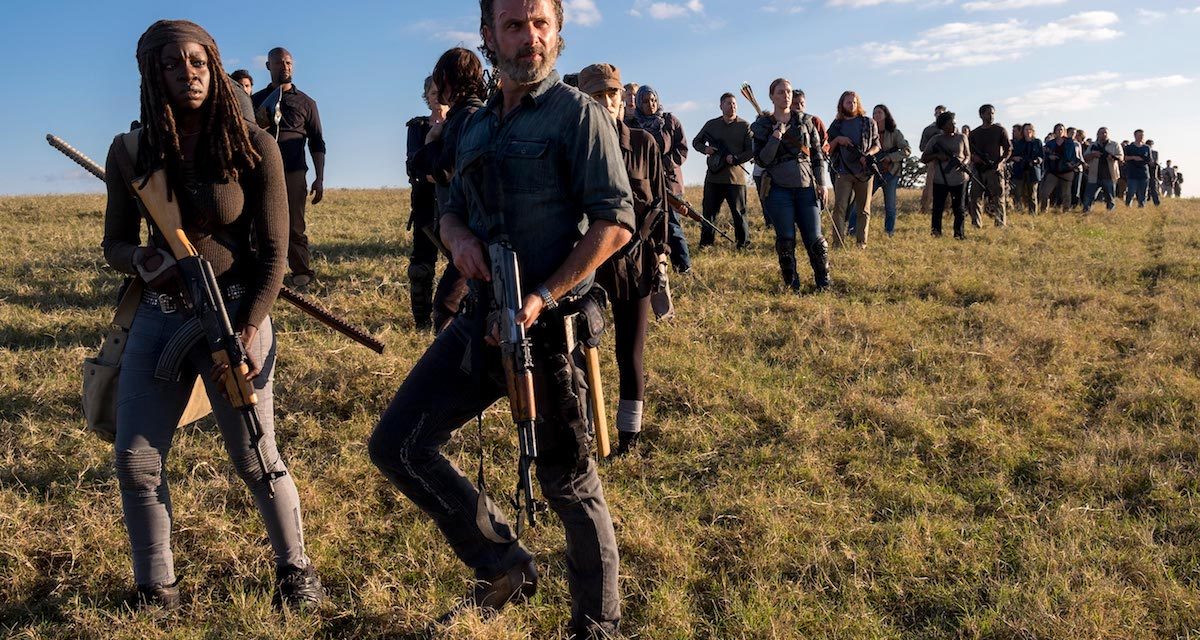 Well, sort of.  The first images of The Walking Dead season finale flashback to a simpler time when Rick (Andrew Lincoln) and a young Carl Grimes took walks together.  Is that child the younger Chandler Riggs that we know and love from season one?  Maybe not, but the image is just as powerful as if it were him.

Since Carl’s death,  fans have been wondering what Carl wrote in his letter to his dad.  Rick read that letter in the latest episode.  In the letter, Carl recalls taking walks with his father and holding his hand.  He tells Rick that made him feel safe.  He wants Rick to feel safe and to take walks with his little sister Judith.  The image is in reference to those walks Carl took with Rick.

Riggs has portrayed Carl Grimes for eight years. The death of his character came as a shock to the fans and to the cast.  Riggs has stated that he’s okay with his character dying. He told Comicbook.com,

“I was very happy with the way Carl ended up going out. After reading the script, it made me feel a lot more comfortable with it and really excited to really show off what I can do in this last episode. This last episode it was some of the stuff that I’m most proud of. It’s super, super exciting to finally be able to talk about it and have people see my work.”

Other images from the finale show the Hilltop going to meet the Saviors to battle.  With the both sides short on ammunition, it appears they will have to fight hand-to-hand.  Unless Eugene comes through.

The Walking Dead season eight finale airs Sunday night and will run an hour and ten minutes.  You can watch the episode in theaters, commercial free, followed by the season premiere of Fear the Walking Dead, but…bring tissues.  Check out more images from the finale below. 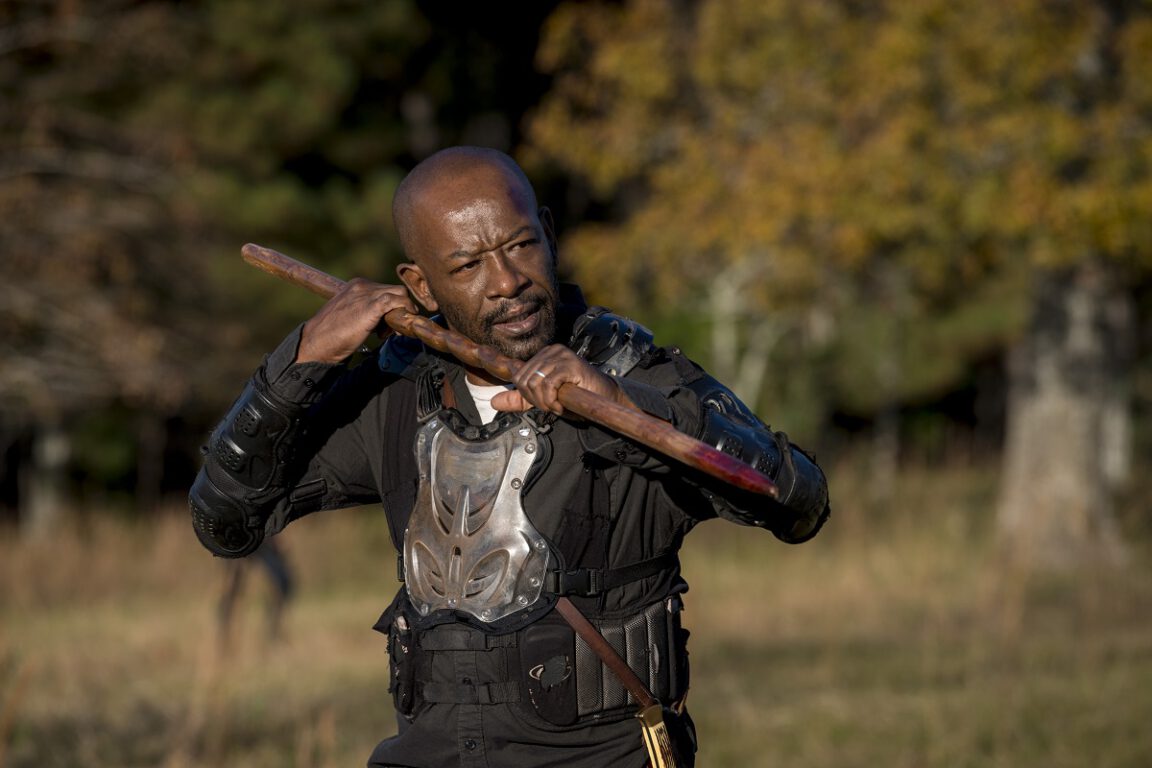 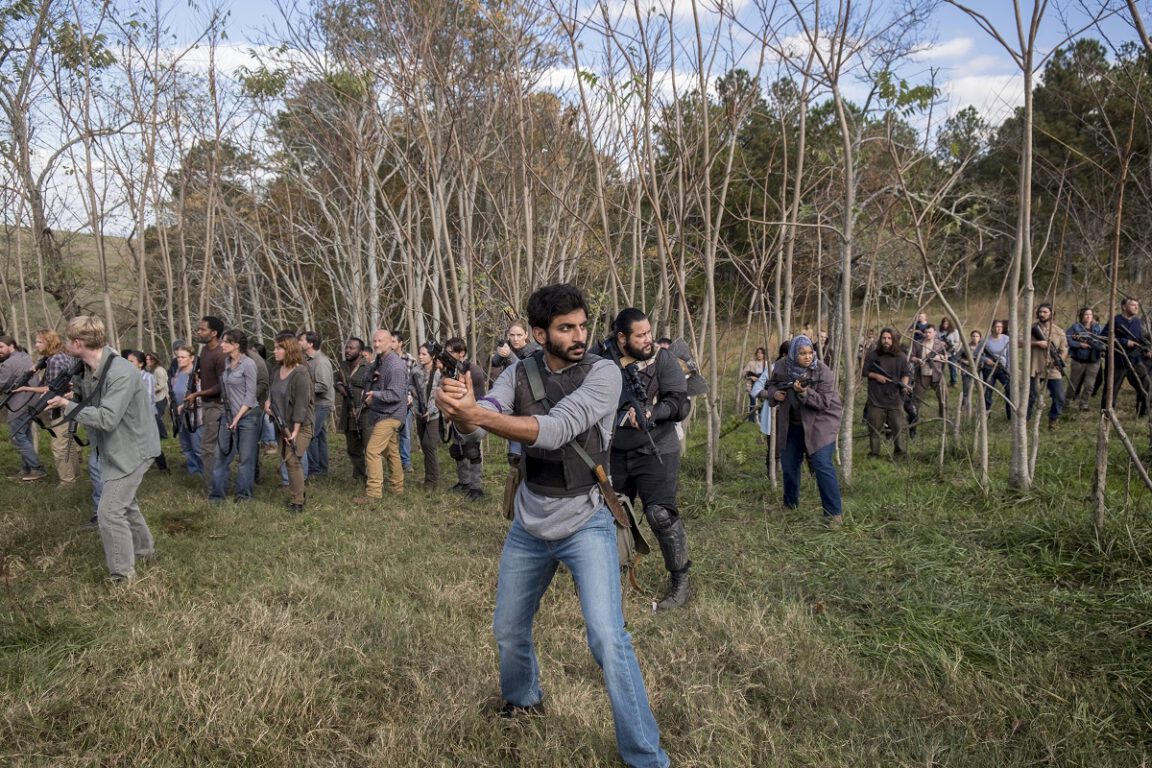 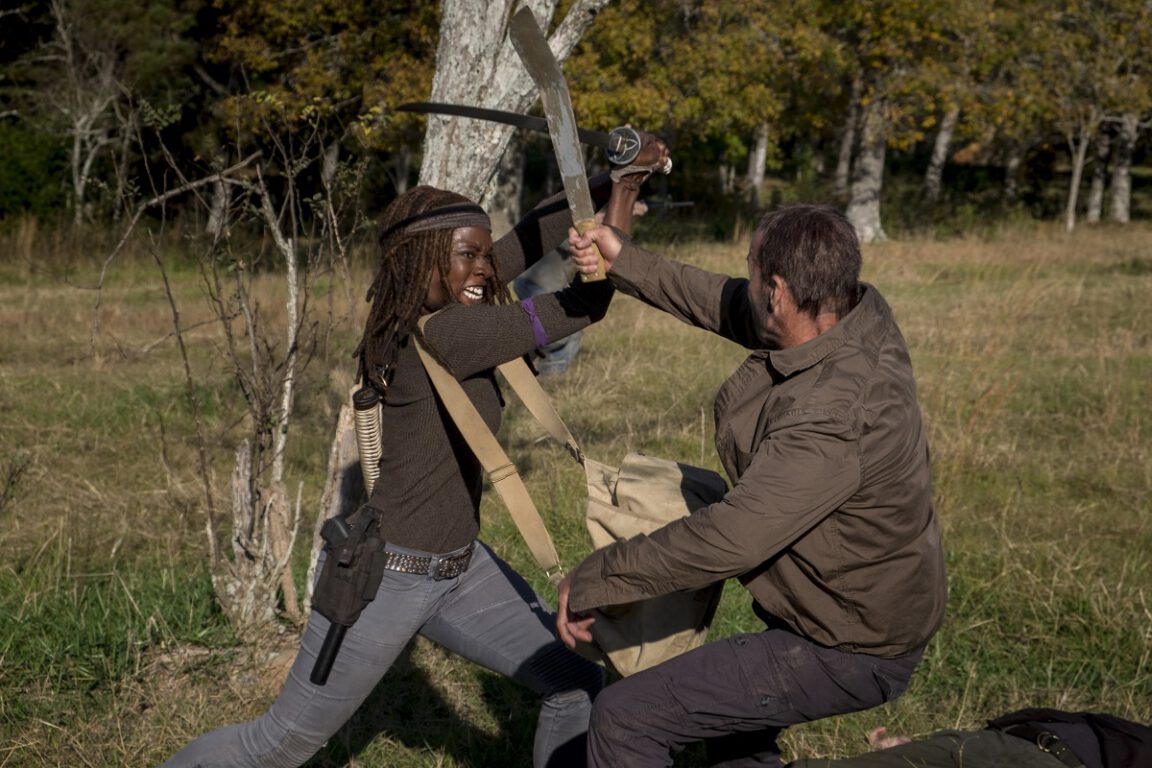 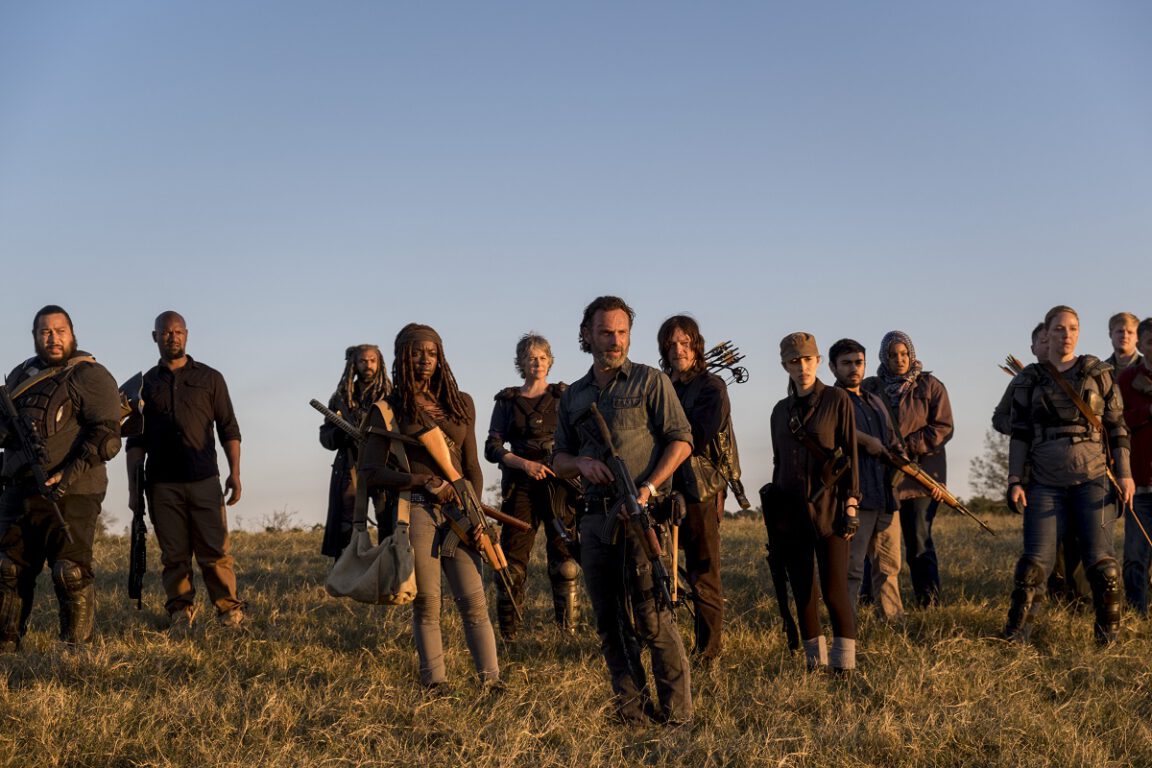