The Band is getting back together on The Strain. The band of original resistance fighters.

Fet (Kevin Durand) and Mr. Quinlan (Rupert Penry-Jones) have secured a nuclear weapon that they plan to use against The Master (Jonathan Hyde). Eichorst (Richard Sammel) was sent to stop them from returning to New York. And he failed thanks to Fet’s girlfriend.

Dutch Velders (Ruta Gedmintas) saved Abraham Setrakian (David Bradley) from the B-positive blood bank. We don’t know where they are or what condition Setrakian is in.  He has prolonged his life by taking the white, but he has gone months without it.

And Zach?  Who knows what he’s capable of?

In the trailer for the next episode, Mr. Quinlan lets the Master, via random strigoi, that they are in New York and they are coming for him. 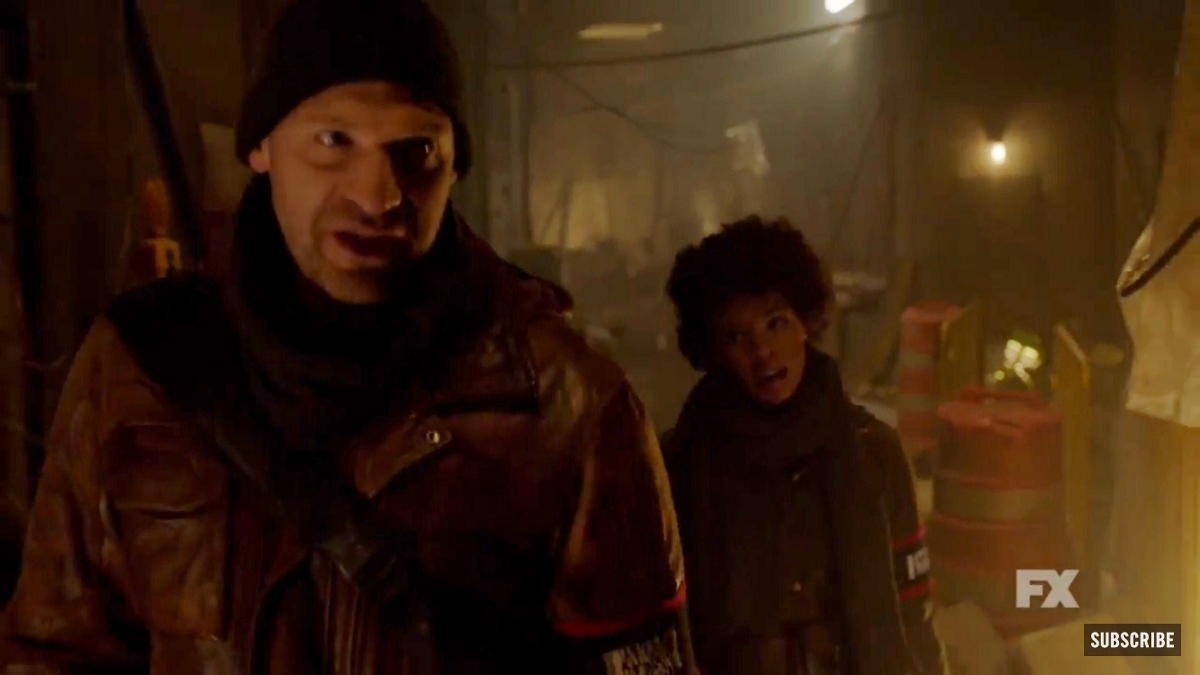 Corey Stoll and Angel Parker in FX’s The Strain, fxnetworks.com

Eph tells Alex, they need to find Abraham Setrakian so that they can end this nightmare.

Setrakian doesn’t appear to be doing so well.  Dutch appears to be keeping him safe, but will time catch up to Setrakian before Eph can get to him?

Fet tells Roman (KC Collins) and Quinlan they need to set off the nuke in Manhattan.

And The Master tasks Eichorst with stopping Fet and Quinlan from crossing the river.  Eichorst says the Master has his word.

Here is the official synopsis for Ouroboros:

“His health failing, Setrakian ignores Eph’s warnings, pushing himself to the limit in his quest for victory and revenge. Fet and Quinlan race back to Manhattan, while the Master seals off the city and prepares to eliminate them all.”

Watch the trailer for the next episode of The Strain, “Ouroboros.” The Strain airs Sunday night on FX.