Fear the Walking Dead returns to AMC next week with abrand-neww season. This coming off of the heels of one of the slowest and most frustrating seasons of the series. So what does season six have in store for us? Disclaimer: mild spoilers ahead.

Let’s go back a bit and talk about season five. The group wasn’t really moving forward, physically or emotionally, even though they kept talking about moving forward. Morgan (Lennie James) did his best to find a safe place for his group, but they kept running into roadblocks. All courtesy of a young woman named Virginia (Colbie Minifie), Ginnie for short, and her Rangers. Ginnie took Morgan’s people, split them up into different communities and shot Morgan because she was threatened by his leadership. The frustrating part was that, even though they wanted to save others, they had no safe place to go. And Ginnie was always a couple steps ahead of them.

Keep in mind that the showrunners, Andrew Chambliss and Ian Goldberg, have decided to make each episode focus on one central character, or characters, and their story. This comes from the fact that the viewers were most satisfied with the John (Garret Dillahunt) and June (Jenna Elfman)-centric story in season four and the Althea (Maggie Grace)-centric story in season five. So don’t expect a lot of crossover of characters. We will get to see where some of our Fear family ends up. You might be surprised to find out how much they have changed. Or maybe surprised how much they haven’t changed. That’s all I can say about that.

The first three Fear TWD episodes don’t feature a lot of the Fear Family. However, the characters who are focused on have the most compelling stories coming out of season five. You’ve probably seen the official photos online or even the trailers by now, so you know Morgan survived, but he’s in really bad shape. The big question is who saved him? That isn’t a pertinent question at the beginning of the season, but eventually the writers will have to answer.

Lennie James makes his directorial debut taking the reigns of episode two, and it’s the best of first three. Alicia (Alycia Debnam-Carey) and Strand (Colman Domingo) are in the same community, and for the most part are staying out of trouble. But this is Strand we’re talking about. Strand tries to be good until he can’t be anymore. At some point he is going to revert to his selfish ways. Daniel (Rubén Blades) told him not to forget who he is when they split up. It’s as if Daniel was telling him to do whatever necessary to get out.

Episode three focuses on Dwight (Austin Amelio) and Al and is directed by Colman Domingo. This an interesting pair. Dwight’s been looking for Sherri (Christine Evangelista) since season eight of The Walking Dead. We know he will eventually find her, but whether or not they stay together is yet to be determined. Al found love too with Isabella (Sydney Lemmon), the CRM pilot. I don’t know if it was really love, but it gave Al a chance to feel something more for someone. Chances are she will never see Isabella again. 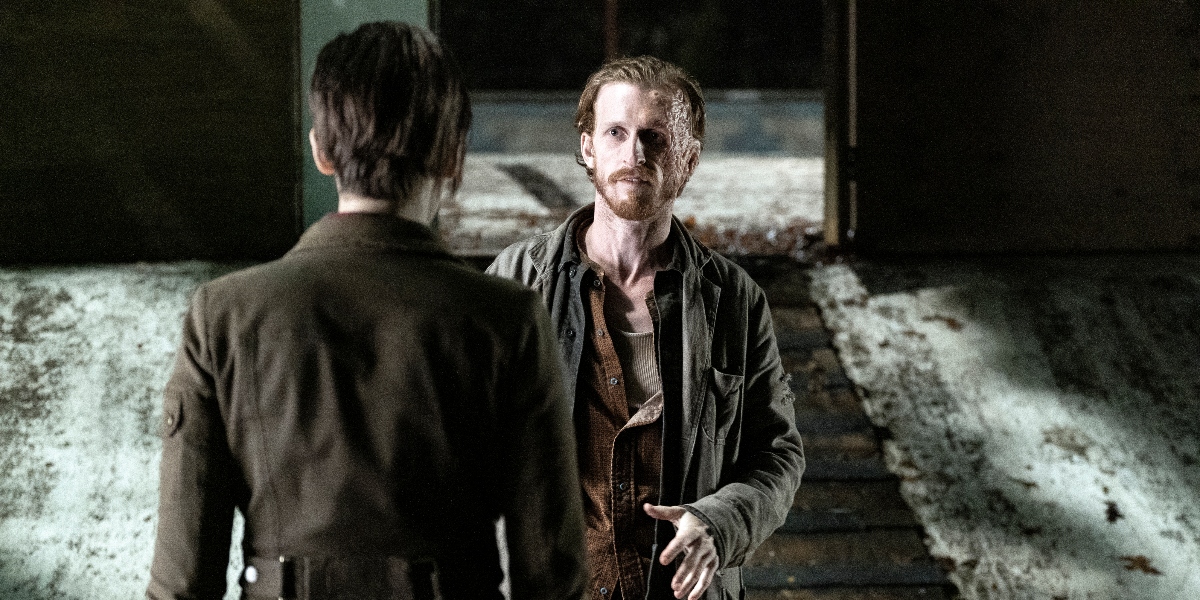 I think Fear fans will appreciate the first three episodes and how smoothly the story is going to move. However at San Diego Comic Con, Chambliss and Goldberg said that they only have eight episodes filmed. No word yet on when they will complete season six.

If you are a fan of Fear The Walking Dead, then you should definitely continue to watch. And if you checked out in the middle of season five, consider jumping back in. This looks like  a good time to do that. Based on the three episodes, I think the writing is more cohesive, the action flows a lot smoother, and each of the characters are given enough attention to develop their story. And there’s a sense of closure for season five. Definite improvement.

Fear The Walking Dead returns to AMC on Sunday, October 11.

I got a chance to be on a roundtable interview with the newest members of the #TWDFamily. Read how they describe their characters, their #TWDU experience and why you should watch the new show #TWDWorldBeyond. 😁 https://twitter.com/GeekGirlAuth/status/1318387748382953474

For F2P Friday we are going spooky! Amarok Dreams

This week's Woman Crush Wednesday goes to the zomb

Calling all writers! GGA is looking for contributo