Home » TV & Streaming » FEAR THE WALKING DEAD Season 3…How Did We Get Here?

FEAR THE WALKING DEAD Season 3…How Did We Get Here?

For those of you who haven’t been watching AMC’s FEAR THE WALKING DEAD (FTWD), this might be a good time to start.  Fear the Walking Dead is a spin off of The Walking Dead (TWD). FTWD is set in the same universe, but on a different timeline.  The Walking Dead started after a zombie outbreak tore the world apart.  FTWD starts at the beginning of that outbreak.

The story centers on Madison Clark (Kim Dickens) and her boyfriend Travis Manawa (Cliff Curtis). Madison is a guidance counselor and Travis is an English teacher at the same high school that their kids attend in Los Angeles…many miles away from Rick Grimes and his people in Alexandria.  Nick (Frank Dillane) and Alicia Clark (Alycia Debnam-Carey) are Madison’s children that live with her and Travis.  Travis also has a son, Chris Manawa (Lorenzo James Henrie) from a previous marriage to Liza Ortiz (Elizabeth Rodriguez).

In the first season, Travis and Madison do their best to deal with the end of the world and try to keep their family safe. Nick is a drug addict. Nick is taken by the authorities due to complications with his drug addiction.  Madison jumps into action to save Nick.  Nick makes a friend Victor Strand (Colman Domingo) in lock up.  Strand tells Nick he has a boat and they work together to escape the madness. 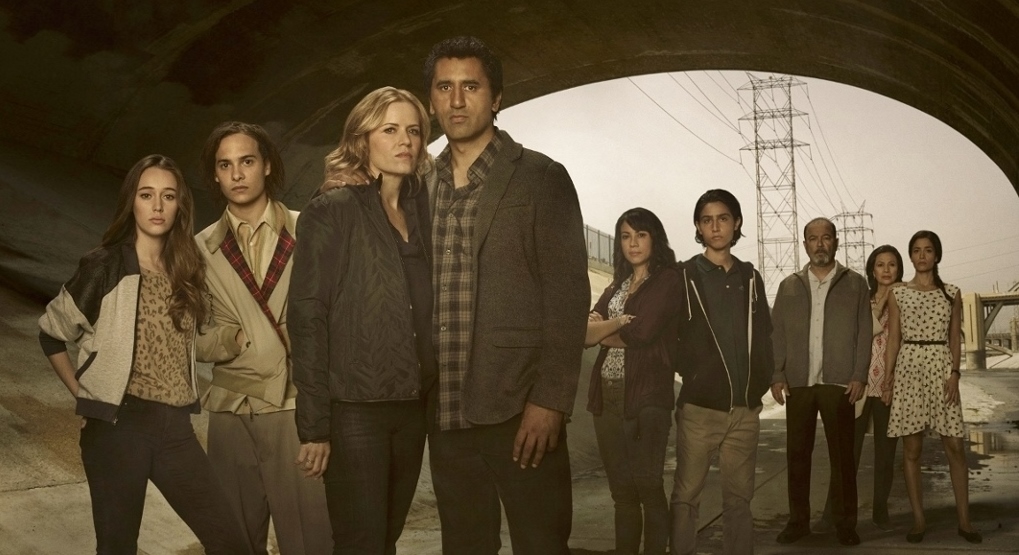 During the chaos of the outbreak, Travis and Chris befriend the Salazars, Daniel (Rueben Blades), Griselda (Patricia Reyes Spindola) and Ofelia (Mercedes Mason).  The community is overrun by walkers.  Both families escape with Strand.  He takes them to a house on the beach and they prepare to leave.  The season ends when Liza tells Travis that she was bitten.  She asks him to kill her before she turns.  Travis can’t do it, so Madison does.  Griselda Salazar also dies in season one.

In season two, the Clarks, Manawas, and Salazars are safe on Strand’s boat and make their way to Mexico.  They go to a ranch owned by Strand’s boyfriend Thomas (Dougray Scott). Thomas’ caregiver, Celia (Marlene Forte) is very strict about who stays and who goes. Daniel finds that Celia is hiding walkers in the cellar. She believes they are still alive, just in another state of being.  Daniel burns down the house and the group is split up.

Nick finds a community of mostly women and children. Nick makes a friend in Luciana (Danay Garcia).  Luciana keeps her people to safe from drug dealers by making drugs for them.  Nick and Luciana have to leave the community and attempt to make it to the border. Luciana is shot and they are taken by men in military uniforms.

Travis and Chris are together and having a hard time connecting.  Chris goes through a creepy change after he actually kills someone.  He becomes cold and even threatens Alicia’s life.  Chris abandons Travis for a group of guys who seem to have the same attitude about the world.  Chris dies in a car accident.

Ofelia is separated from the group.  She ends up all alone in Mexico, but seems to be doing a good job of keeping herself alive.  The last time we saw Ofelia, she was ducking for cover. Someone was shooting at her and welcoming her back to America.

So here we are. Season three and everyone is still adjusting to this new world.

If you are looking for great leaders like Rick Grimes in FTWD…well…be patient. In the beginning, the Clarks and Manawas are too trusting, too hopeful, and not as prepared to kill.  They quickly find out just how cruel and ruthless people can be.  The real struggle is how far will Madison and Travis go to ensure their safety before they lose their humanity.

There are similarities between TWD and FTWD.  Both shows have families that are trying to find a safe place to live.  Both families encounter life and death situations that make them do things they never thought they’d do.  They lose family members and friends along the way.  And both have individuals who go a little crazy.

Like TWD, there are those who believe the dead are still alive. They refuse to shoot or stab the walkers in the head to kill them.  In TWD, Hershel Greene believed the dead were sick and a cure would be found.  Celia believes that death is just a new stage of life. She tells Strand “the dead have always walked among us…now we can see them.”

And then there are the fan favorites. Victor Strand is to FTWD what Daryl Dixon is to TWD. As a matter of fact, many fans prefer that the show follow Strand and kill off the Clarks and Manawas.  Strand is similar to Daryl in that he’s calm, knows how to shoot a gun, and is resourceful when he needs to be.  He’s a smooth talker. And he has no remorse about killing people in order to survive.  Yet he does not like getting his hands dirty.

Another fan favorite, Tobias (Lincoln A. Castellanos) was only seen in two episodes in season one.  Tobias was the only character who knew what was going on and was prepared for it.  Tobias attended the school where Madison worked.  When the madness began, Tobias was in the school pantry stocking up on canned goods.  Perhaps we will see Tobias again someday.

FTWD is the first show to cross over with another show from the dead-verse.  AMC airs shorts online and during commercial breaks.  Fear the Walking Dead Flight 462 featured characters that met up with the FTWD cast in season 2.  There has been talk of a possible crossover to TWD, but the shows are on different timelines for now. 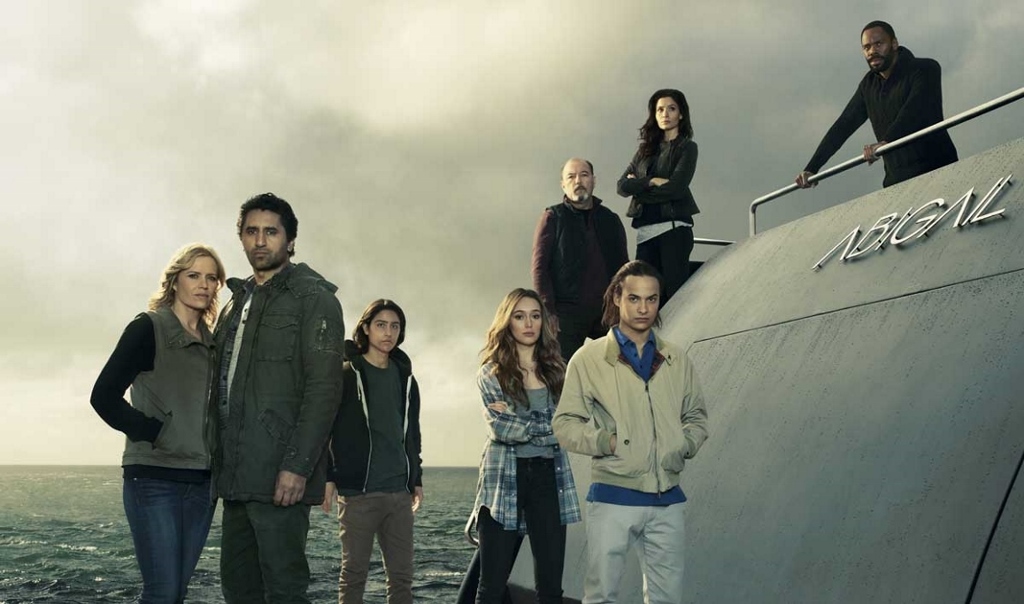 Fear the Walking Dead did get off to a slow start.  The two families have been through some very trying times. They have encountered some very sick and cruel people.  And yeah, the Clarks and Manawas can be pretty annoying sometimes.  You have to keep in mind that even Carol was annoying when we first met her.

What is missing in FTWD is a connection to the characters that TWD established early on.  If any of the main characters die, no one would miss them.  Strand is a fan favorite, yes, but not in a “riot-if-he-dies” kind of way.  And this show lacks the diversity of TWD.  Despite being set in Mexico, there are very few main characters of any ethnic descent.

I believe season three will look more familiar to TWD fans.  Enough time has passed for the Clarks and Manawas to learn how to live in this new world.  The two families have had to kill, steal, manipulate, and suffer to get where they are now.  And like TWD, the chances for loss are greater than ever.  The more the Clarks and Manawas are able to overcome, the stronger they become, and the more dangerous they become.

One great thing about this show is there is no comic counterpart like TWD.  Scott Gimple, TWD showrunner recently became executive producer of FTWD.  Anything goes!