On the last episode of FEAR THE WALKING DEAD, Madison and Troy came face to face with a new threat to their community. Walker is a Native American man and warned Troy to tell his people to leave the ranch.  Madison assumes that it was Walker’s people who shot down the helicopter and killed Travis.

READ THE RECAP FOR FEAR THE WALKING DEAD, BURNING IN WATER, DROWNING IN FLAME

After a fire destroyed one of the homes at the ranch, Nick claimed it as his own.  He showed Luciana hoping that she would see that they are safe at the ranch.  It didn’t work. Luciana left the ranch the next morning.

Alicia is finally dealing with her feelings about the new world.  Jake reminds her that there is still beauty in the world.

Strand lied to Daniel about Ofelia’s whereabouts.  Daniel makes Strand drive him to the hotel only to find that it has been over run with the infected.  He punishes Strand for lying by leaving him at the hotel. 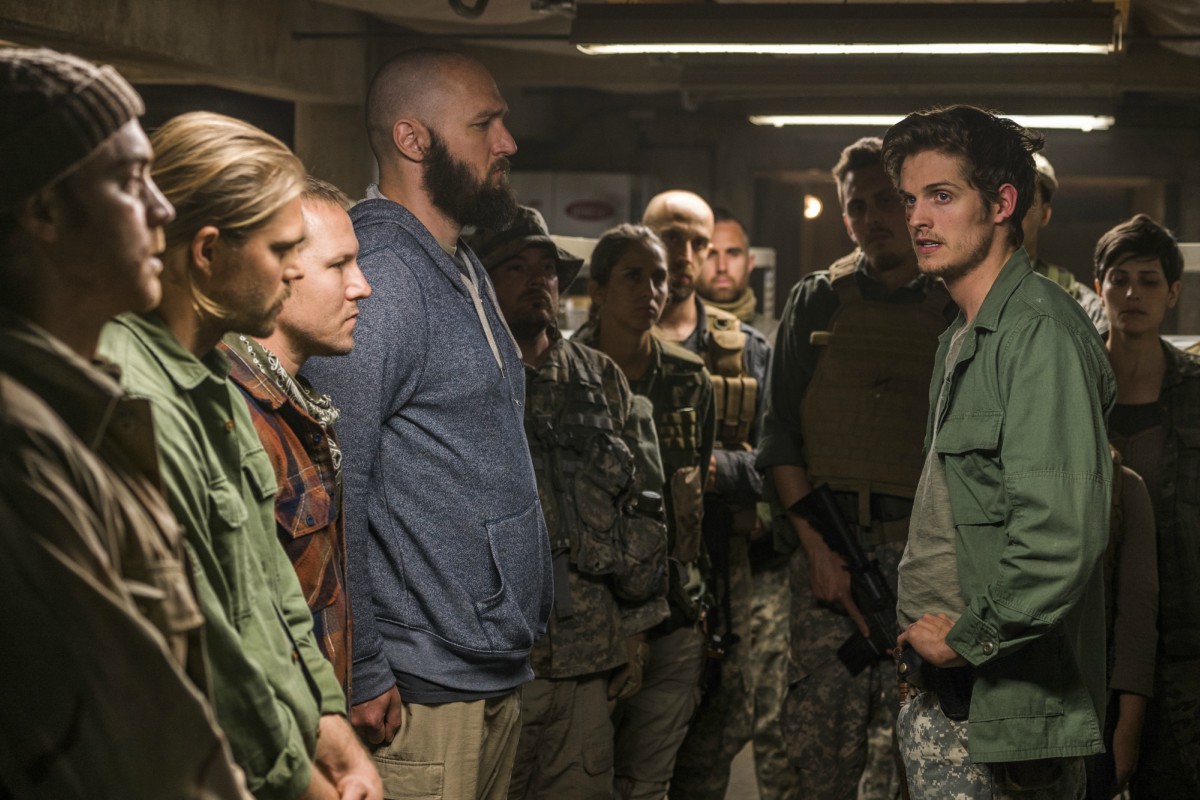 So now tensions are high because of the threat made by Walker and his people.  What will Otto do when Troy and Madison deliver Walker’s message?

“News of incoming danger spreads throughout the community as Madison struggles to keep everyone together. Nick grapples with a hard truth.” – amc.com

In the trailer for tonight’s episode, the residents of Broke Jaw Ranch begin to realize just how safe they are.  Otto’s rage makes an appearance in front of Nick.  And Walker sends a clear message to Broke Jaw.

Check out the trailer for Fear the Walking Dead, “Red Dirt.”