Home » Stuff We Like » ORPHAN BLACK: A Love Letter to Clone Club

Do you remember where you were on March 30th, 2013, Clone Club? Neither do I, to be honest, but I do remember watching a little clone show called Orphan Black for the first time. My life was never the same after that initial viewing. Orphan Black, to me, was the most innovative and provocative piece of television I’d ever seen (sorry Game of Thrones). And it still is. Tatiana Maslany floored me with her incredible performances and blew the competition out of the water. How can one person play 12 plus different people with such depth and nuance? She also makes it look so effortless! Even today, while gearing up to watch the Orphan Black series finale (sob), I still have to remind myself that one woman plays all of the clones. Mind-boggling. She deserves an Emmy for each year she didn’t receive one. So, pay up, Academy!

While much of Maslany’s time on Orphan Black was steeped in drama (clones being controlled by big genetics can get pretty dramatic), she also churned out comedic performances like a seasoned comedienne. Whether she was portraying a perfectionist soccer mom, Ukrainian assassin or a valley girl – Maslany knew how to tickle our funny bones. Oh, and one must not forget whenever she played a clone acting as another clone. “Cloneception,” as I call it. Remember when Helena pretended to be Alison? Alison pretended to be Sarah? Sarah tried on Rachel for size? It was a master class in acting.

Beside every Tatiana Maslany, there’s a Kathryn Alexandre. Playing Maslany’s double in every scene with multiple clones, Alexandre gave her all and them some. She doesn’t always get her fair due, so I hope to shed some light on her now. Without Alexandre, Maslany’s performances would not be possible. Every actor needs a terrific scene partner to bounce off of, and Alexandre provided just that. So, thank you, from every member of Clone Club out there. We love you too! 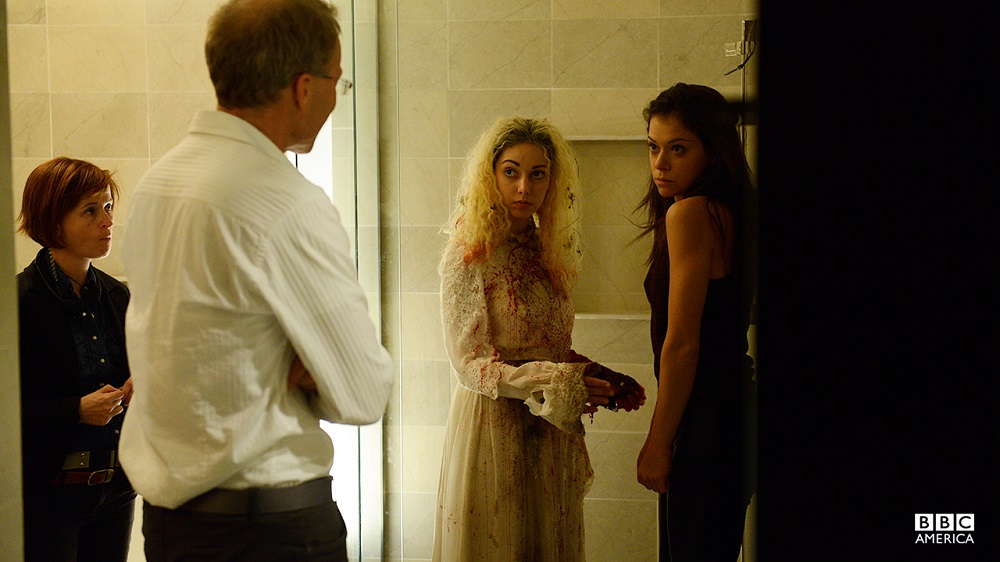 Now, while Maslany portrayed the majority of Orphan Black‘s cast, the remaining supporting players are also very important. Every part counts in creating the whole. Jordan Gavaris portrayed Sarah’s brother Felix with such panache (I really wanted an excuse to use that word) and humanity. In a way, Felix was the heart of the show. Not to mention he also acted as the much-needed comedic relief when the plot was heavy on the drama. Felix was the voice of reason whenever our sestras needed one. Remember in Season 4 when Cosima was going to implant Sarah’s bot in her cheek, and Felix convinced her otherwise? Also, in that same season, when Sarah was going to commit suicide? Our brother sestra was there for our clones. We love him dearly.

Then, there’s the elusive Mrs. S, perfectly played by Maria Doyle Kennedy. Mrs. S started out as an enigma and ended as one. However, while her methods of madness were sometimes a mystery, her love for her chickens was not. In a way, we all became her chickens. Mrs. S did everything she could to keep her children (and Clone Club) safe. She was also the epitome of bad***, displaying strength and power that women don’t often possess on television. Mrs. S was my TV mom, and she always will be.

Of course, we can’t forget Kristian Bruun, who portrayed the lovable Donnie Hendrix. Bruun was very adept at playing up the comedy. I always looked forward to scenes with the Hendrixes for that reason – to see what crazy hijinks Donnie would get himself into. His presence on the show was so crucial in that we needed those lighthearted scenes to keep us buoyant. Orphan Black can get very heavy. There’s Ari Millen, who played our Castor clones. Mark, Ira, Rudy, Miller, Seth and Parsons. While he didn’t put on as many faces as Maslany, Millen still churned out some beautifully understated performances as the male clones. His work was very specific, from the physicality of each clone to even the tones of their voices. I thoroughly enjoyed the Castor arc and seeing how their journey differed from the Leda clones. 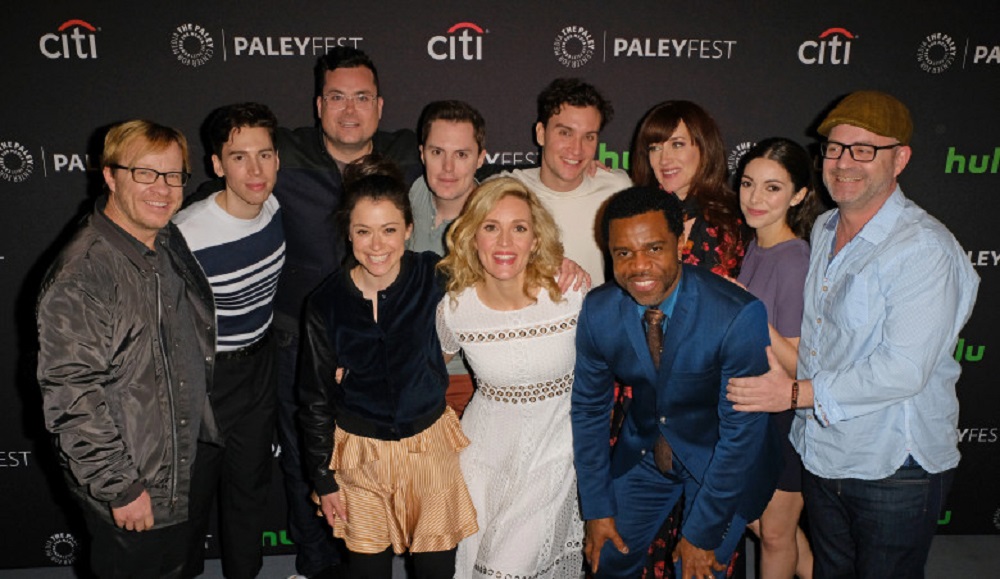 Pictured: The cast and creators of Orphan Black at PaleyFest 2017.

Next, we have Skyler Wexler, who grew up before our eyes as Sarah’s daughter Kira. It was wonderful watching Wexler not only physically grow but also mature as an actress. Kira was the link that kept our sestras together. Evelyne Brochu portrayed the titillating Delphine, a brilliant scientist and love of Cosima’s life. Cophine will live in our hearts forever. While Delphine’s motives were sometimes murky, her passion for Cosima was always evident. Brochu and Maslany had an electric, mesmerizing chemistry. She also had the ability to convey so much while saying nothing at all, a talent not many possess.

Kevin Hanchard played our favorite detective Art Bell. Art has been embroiled in all things Clone Club since the beginning, when Sarah pretended to be Beth. He was an outsider’s perspective, a way for us as a third party to view the events. Art’s arc is especially important because of that. While still involved, it wasn’t directly in a way that Felix or Mrs. S was.

Then, there was Josh Vokey, who played our geeky sci-fi boy Scott. Forever friend of Clone Club. Honorary brother sestra. Lover of cats. What would we do without you? Lastly, Dylan Bruce portrayed Paul, Beth’s boyfriend and monitor. His intentions were sometimes indiscernible, and it appeared he would flip sides like the turning of the tides. However, in the end his love for Sarah was pure and his desire to protect the sestras apparent. Gold stars for you, Hot Paul (as I have dubbed him).

Now, there are so many standout moments of Orphan Black from its five seasons on the air. However, I have compiled a list of Clone Highlights for myself, as categorized by the prominent Leda clones. 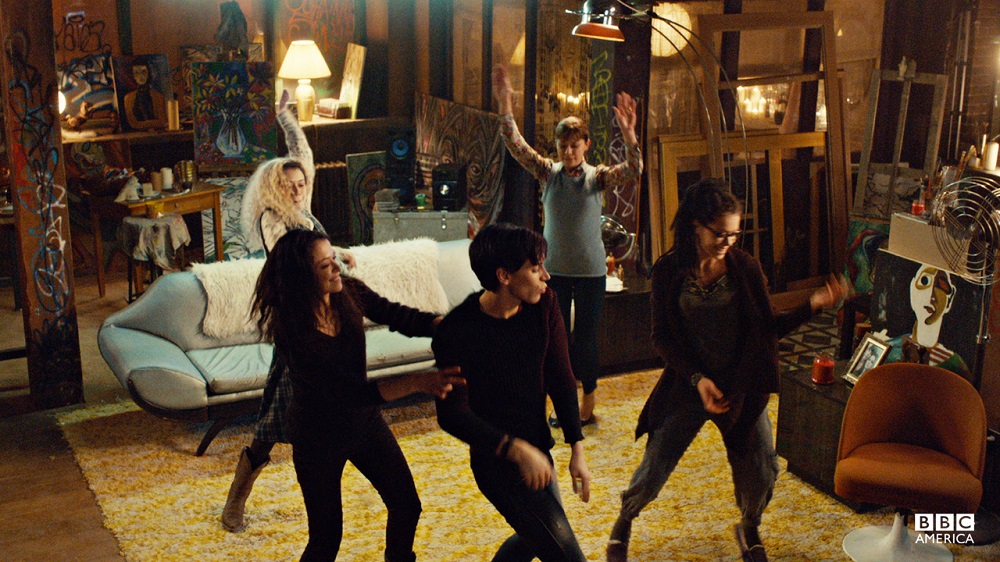 Everyone: How about that Season 2 multi-clone dance party? That is one party I wish I was invited to! Felix is one lucky guy.

Sarah: Her Season 4 arc with Beth. When she lost control and her path mirrored that of the dearly departed Leda clone, with Felix having to pull her back in. Basically, Sarah last season was a highlight for me. She’s always been a pinnacle of strength on the show, so it was interesting to see her waver a little and surge back stronger than ever.

Alison: Who can forget that twerking scene with Donnie in Season 3? So iconic. Alison is probably my favorite clone, so there are countless highlights for me. I really enjoyed her “sendoff” episode from this season, and seeing her struggle with her demons once again. Post-retreat Alison, you know, the “zen” version of our favorite soccer mom was also a treat to watch. 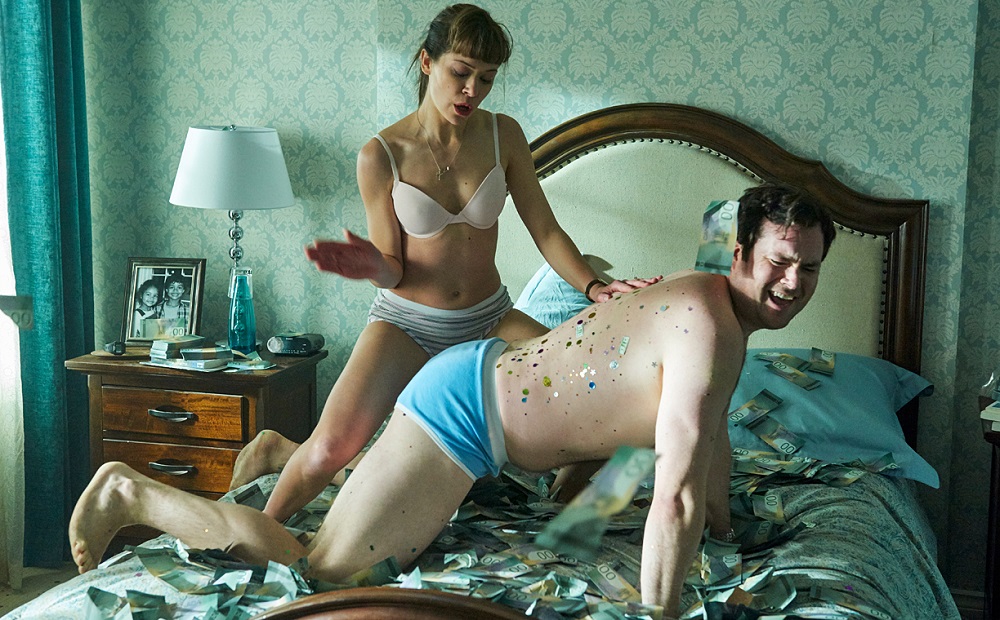 The dance routine of champions.

Cosima: Everyone’s favorite cool science chick. I know it may seem like I’m shoveling her in with Delphine, but I dug their scenes together in Season 5 Episode 5 “Ease for Idle Millionaires.” So wonderfully and beautifully acted, and it only solidified how strong the bond between Cosima and Delphine is. Also, yay for Cosima being cured!

Helena: Remember Jesse from Towing? Their love story is one for the ages. Helena has way too many standout scenes, that’s for sure. “You should not threaten babies” may take the cake though. Helena taking out Pouchy’s gang in Season 3 is a reminder that our girl is not one to mess with. 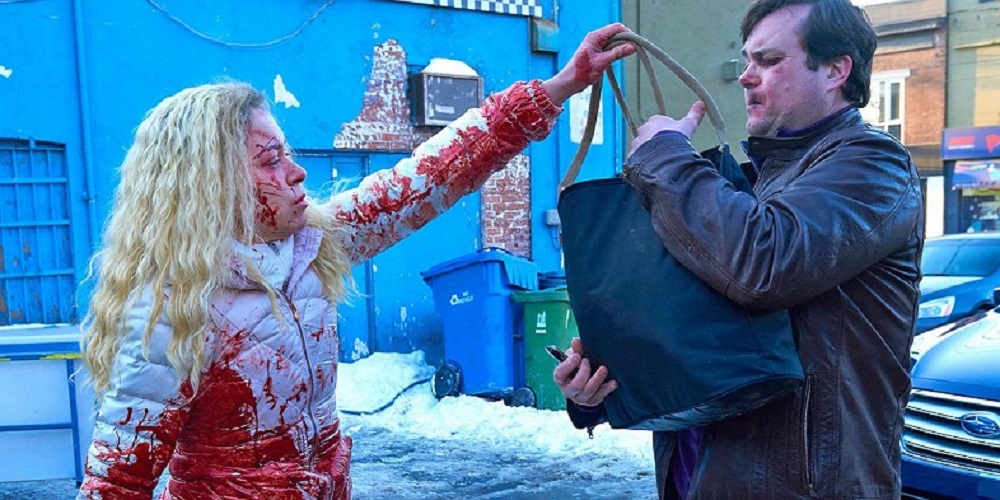 Rachel: Losing her eye to Sarah in the Season 2 finale, of course. After that, Rachel transformed. She was the clone we all loved to hate, who had her fleeting moments of humanity. Rachel was complex. “Gag or Throttle,” her episode in the current season, was a revelation. When she discovered PT was spying on her and thus removed her eye was masterful. Rachel is the clone who thought she had independence but was a puppet all along.

Orphan Black wouldn’t exist without its creators John Fawcett and Graeme Manson. They’ve blessed us with the perfect sci-fi that possesses all the ingredients: drama, comedy, action/adventure, mystery, horror, thriller. One episode can elicit a rollercoaster of emotions, and to me that’s a core indication of a good series. This is a show I will continue to rewatch and never tire of it. I would go so far as to place it in my top three favorite shows of all-time, and I watch a lot of TV, folks. Never has a series crafted so many unpredictable twists and turns. Fawcett and Manson, you’ve created a masterpiece that’ll stand the test of time. Thank you for giving us a galaxy of strong women. All of your sestras and chickens in this wonderful club of clones thank you for the gift you’ve given us. 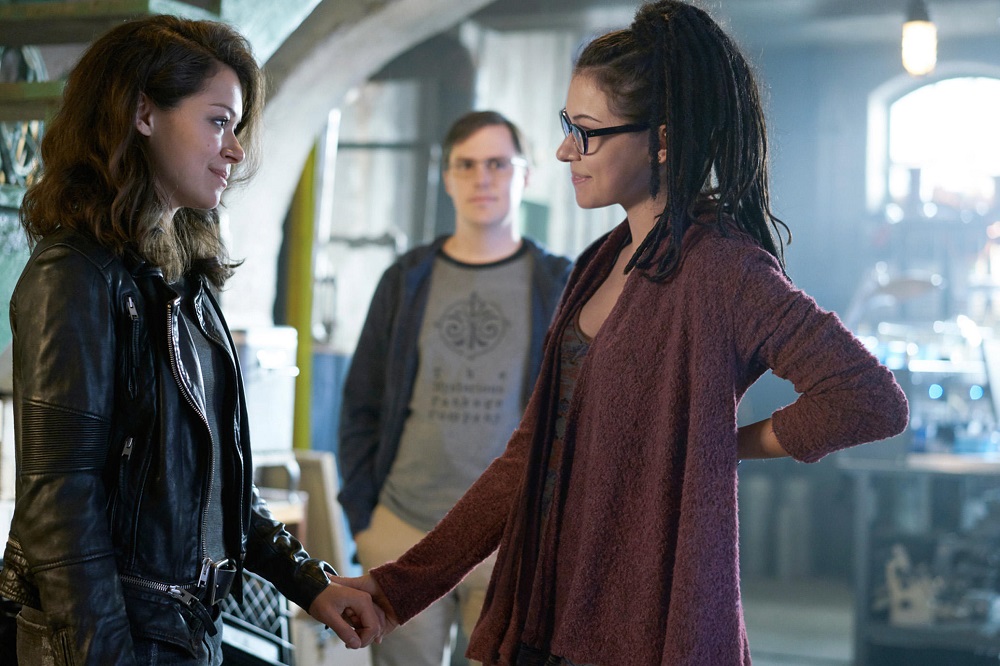 Our galaxy of women.

Now, if you’ll excuse me, I must emotionally fortify myself for the series finale. Stock up on tissues, maybe some libations. Let’s hug each other tight tonight, Clone Club.

Orphan Black will end The Final Trip Saturday at 10pm on your BBC America affiliate.

This article was originally posted on August 12, 2017

Owen stresses over delivering a speech at the annual Hat Luncheon while Bitsy plots to foil the event in this week's episode of Central Park!

For F2P Friday, we take a look at LEFT ON READ which ties together choice-driven gameplay with a topic that is affecting everyone, the Coronavirus
#F2P #free2play #f2pfriday https://www.geekgirlauthority.com/f2p-friday-left-on-read/