Facing Off: GAME OF THRONES Recap (S07E03) The Queen’s Justice

My colleague, Leona Laurie, and I are alternating weeks recapping Game of Thrones this season. On our off weeks, though, we still have something to say. She did the recap this week, so I’m facing off with her (Get it? Like with FACE MAGIC.) by chiming in with my two cents here…

Well, let’s start with… there’s going to be spoilers, here. Be warned.

The creative team behind Game of Thrones doesn’t shy away from burning up story, and this week proved no different. There is so much going on this year, that they even find themselves condensing battle sequences. “Queen’s Justice” continues a solid run in season 7. Not only does the episode answer a number of questions, but it also provides a ton of important character moments, and also sets up the advancing storyline. A lot happened this week, but in a masterfully structured hour of television, it didn’t feel rushed or awkward.

Probably the biggest, long-awaited moment of this series featured Fire and Ice finally coming together. That’s right ladies and gentlemen, Daenerys (Emilia Clarke) and Jon Snow (Kit Harington) finally meet at the start of the episode. The scene features masterful work by Clarke, who captivates as the tension ratchets up as the scene builds to a conclusion. Daenerys tends to be a very guarded woman. In her interactions with Jon, the series grants a fascinating insight into Daenerys Targaryen.

Related: Check out our previous Game of Thrones recaps, here. 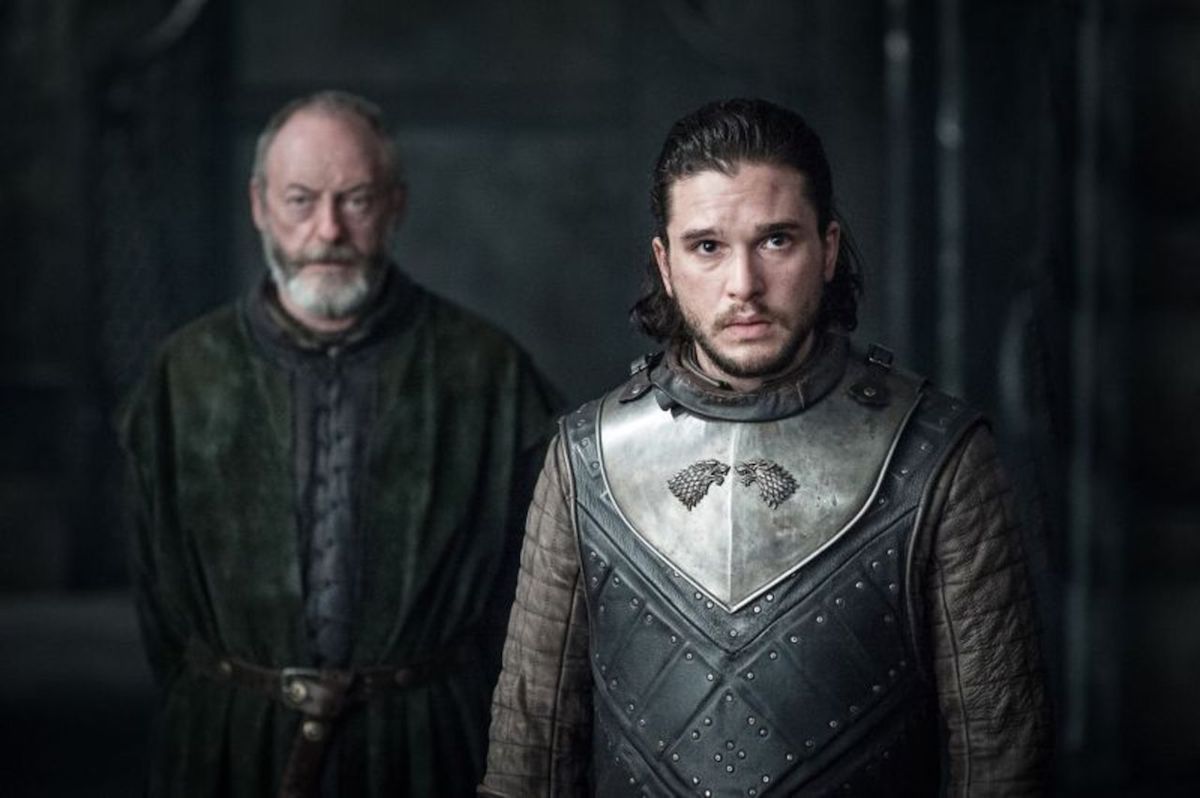 Meanwhile, it’s difficult to gauge what is going on with Jon this season. He continues to be the Ned Stark-iest of the group (ironically), and the most honorable ruler in the 7 Kingdoms. It is his nature as a good guy which colors his interactions with Daenerys. He seems to just want to fight the on-coming Walkers, and leave the rest of the Westeros to fight the battle for the Iron Throne. However, this is not the best tactic to take when asking one of the dueling monarchs for assistance… especially one who can burn you alive. You know, dragons. However, the long awaited scene provided some much appreciated fan-service in finally getting these two characters together, as well as posed more questions. Where do we see Jon Snow going from here? 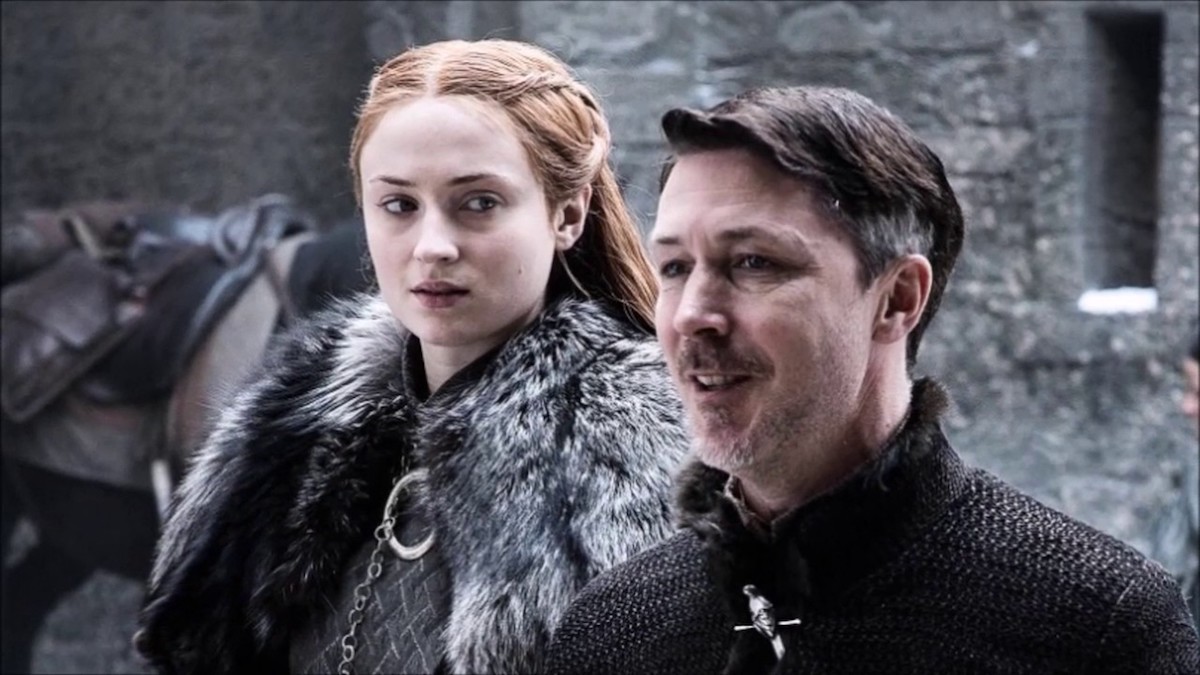 At the same time, Sansa (Sophie Turner) is in control up at Winterfell, and seems to be taking to the challenge. However, the series leaves this plot very open in the episode. The one variable in the equation seems to be (who else?) Littlefinger (Aidan Gillen). The two only appear once in the episode, and it proves to be tantalizing. Gillen shines in the scene as he hypnotically instructs Sansa (who still hasn’t completely shut him out) on how she needs to take control of the battle. Hopefully, there’s a lot more to come on this front.

Meanwhile, across Westeros, Cersei (Lena Headey) is starting to believe her own hype. In her reunion with the now captured Ellaria Sand (Indira Varma), Cersei rains down a poetic fire of vengeance on the once fiery Dornish warrior. Since season one, Cersei s greatest and most redeeming quality has been her love for her children. As such, in murdering Myrcella Lannister (Aimee Richardson), Ellaria hit Cersei in her most vulnerable spot. 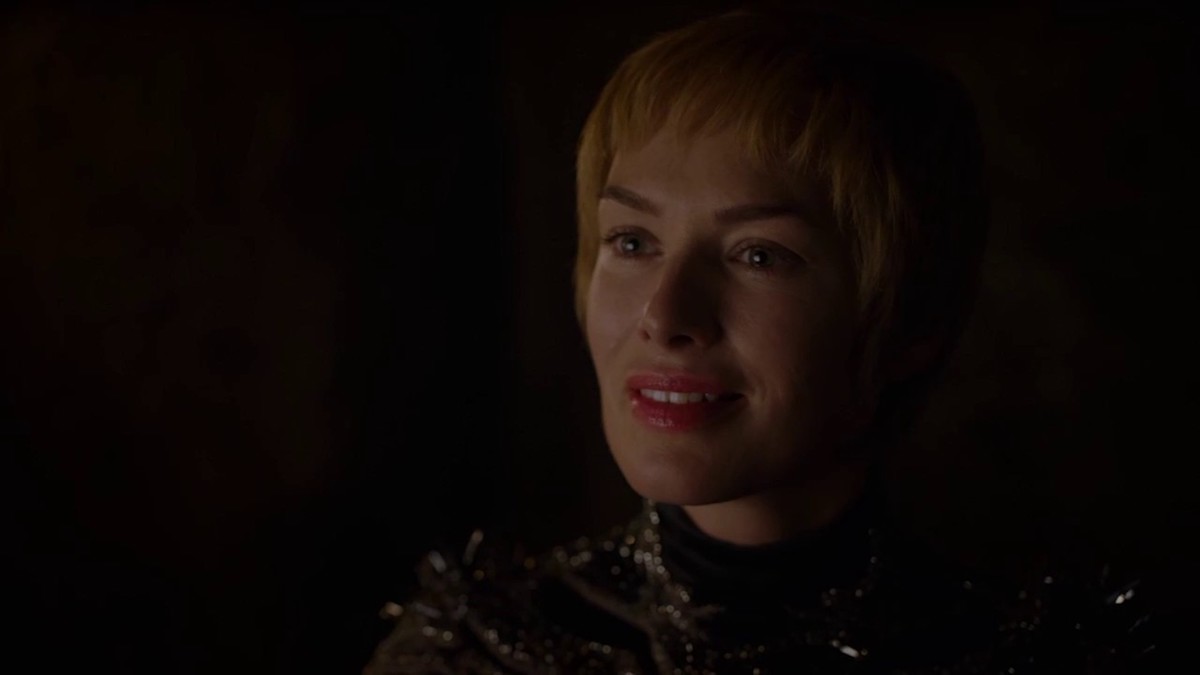 Ellaria’s punishment will not be quick. In fact, death in any form would be too painless. As Cersei plants a full kiss on the stunned Tyene Sand (Rosabell Laurenti Sellers) we quickly realize… the lipstick! Ellaria’s punishment is to watch her own daughter die, powerless to stop it.

In a manner only Cersei could pull off, she leaves this horribly emotional scene fully pleased with herself. What does emotional torture and murder put her in the mood for? A vigorous encounter with her brother Jamie (Nikolaj Coster-Waldau). In a fascinatingly cringe worthy, yet chuckle inducing moment, Cersei instructs a hand maiden that the bed needs fresh sheets as an embarrassed Jamie struggles to collect himself. 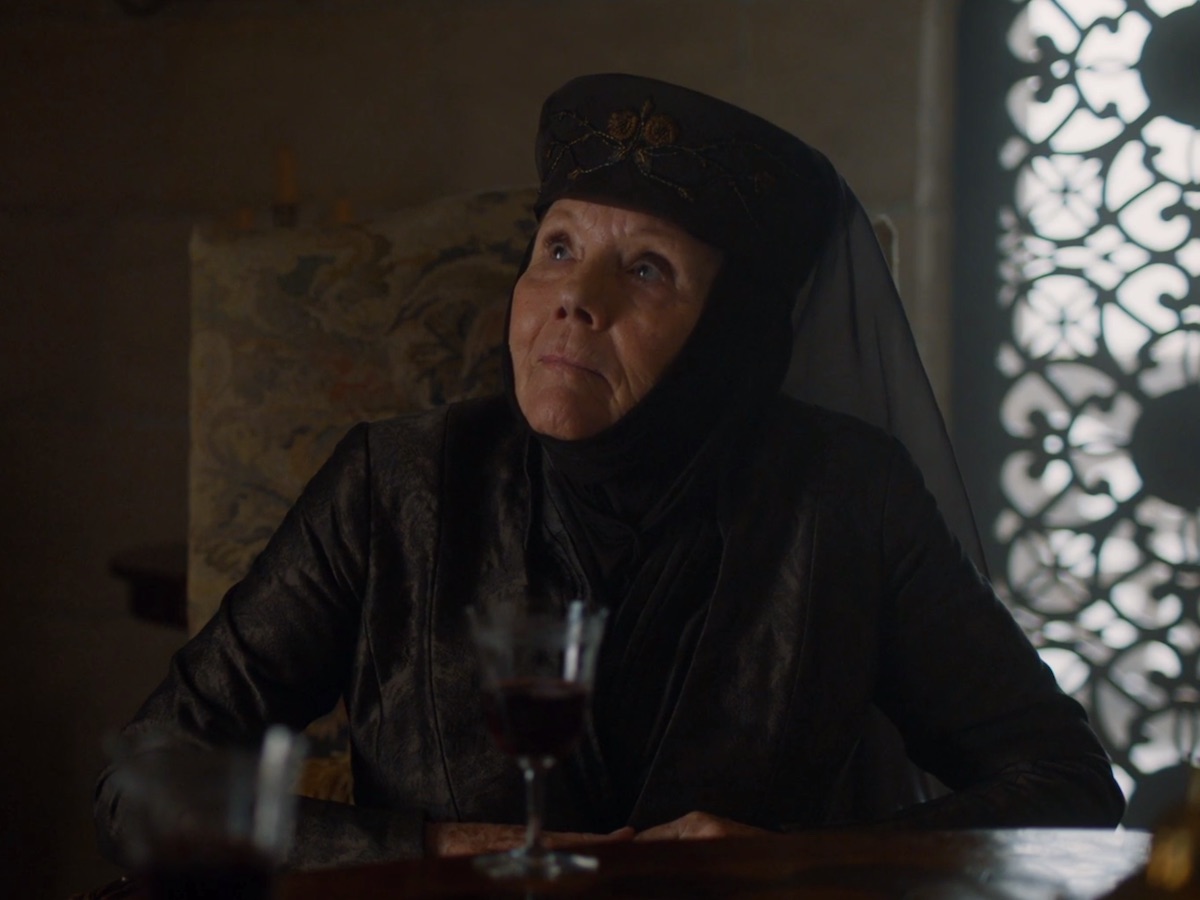 Let’s get to that last scene, shall we? In a frenetic flurry of activity, battles are waging across southern Westeros and castles are falling left and right. (Remember when a season would build up to one massive battle? Kid stuff!). Any way, as the Unsullied are easily steamrolling Casterly Rock (a little too easily, perhaps?) Jamie’s troops are in High Garden.

In a series not necessarily known for subtly in its death scenes, Olenna Tyrell’s (Dame Diana Rigg) final scene served as a pleasant surprise. In a refreshing move, Olenna keeps the power and authority she maintained throughout the series straight to the very end. Olenna manages to not only keep her dignity in the conclusion, but in a move fitting for her, she snatches the power back from Jamie even as she’s dying. She slams back the poison, and proceeds to tell Jamie that not only did she kill Joffrey (Jack Gleeson), but she doesn’t regret it. Suddenly, Jamie’s angry enough to kill her, but it won’t do any good. She’s already dying. Brilliantly played, Olenna. Brilliantly played.

Read our season 7 recaps of Game of Thrones, HERE.

Let's celebrate Mother's Day with a few of our favorite comic book mothers!