My colleague, Leona Laurie, and I are alternating weeks recapping Game of Thrones this season. On our off weeks, though, we still have something to say. She did the recap this week, so I’m facing off with her (Get it? Like with FACE MAGIC.) by chiming in with my two cents here…

Season seven of Game of Thrones premiered last Sunday night to great fan faire (and 10 million viewers!). It’s been over a year since Jon Snow (Kit Harington) and company last graced television screens. Did the series triumphant return live up to all the hype? With the landmark fantasy series quickly nearing the end of its run, how did the premiere go over?

The episode felt sprawling in scale. Certain characters enjoyed moments which felt epic and well-crafted, and like they never left for more than a year.

First off, Arya Stark (Maisie Williams) rocked our collective socks off in what can only be described as an epic opening sequence. The moment begins interestingly, and builds as the realization of what is happening to the Frey banner-men sets in. The episode experts crafts Arya’s reveal. And her line, “…The North remembers…” will undoubtedly be a memorable one for this season.

Related: Check out our Game of Thrones coverage, here. 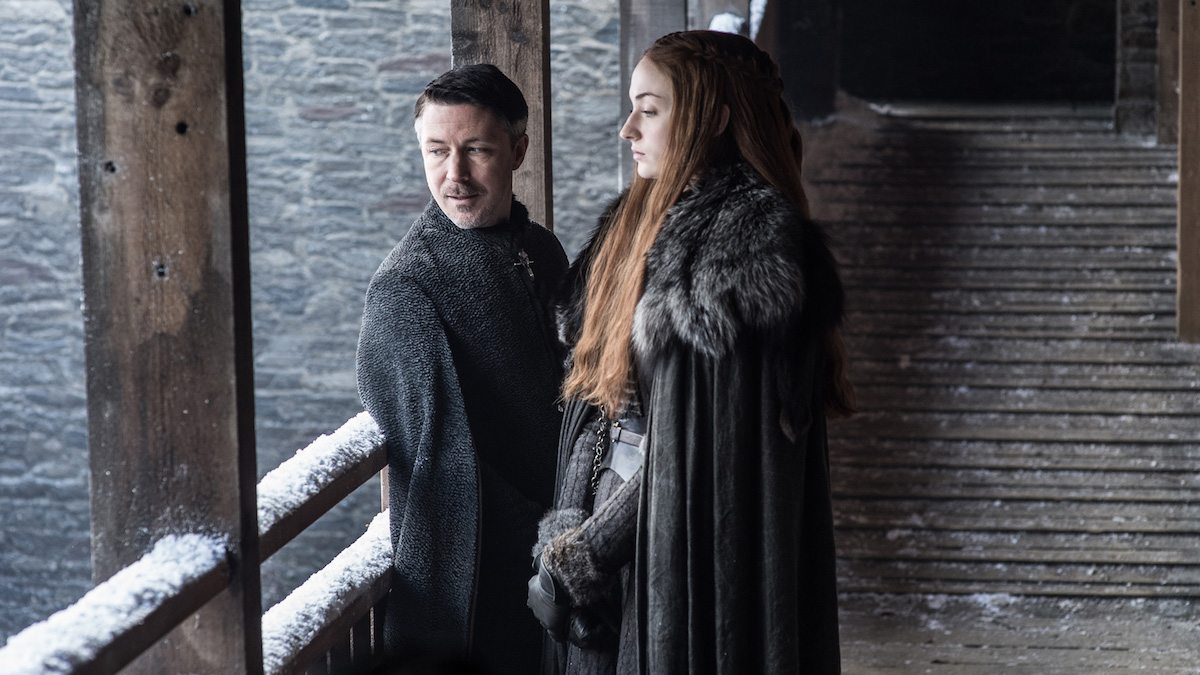 Meanwhile, following the Starks as the North’s favorite family, Sansa (Sophie Turner) continues to show just how far she’s developed in a short period of time. Turner absolutely shines in this episode. Sansa is fast becoming a confident and self-assured woman. The moment where she stands up to Jon places the former princess-in-waiting alongside characters like the awesome Lyanna Mormont (Bella Ramsey). As Sansa points out to Jon (in a fascinating scene), she knows Cerci (Lena Headey), she knew Joffrey (Jack Gleeson), and she knew Ramsay (Iwan Rheon). All it takes is a moment of calculated silence to remember, Sansa learned from the worst.

Finally, the episode ends in an unspoken moment of brilliance as Daenerys (Emilia Clarke) makes a poetic return to her ancestral home, Dragonstone. The sequence is largely silent. The participants (Daenerys, Tyrion, Lord Varys, Missandei and Grey Worm) find themselves dwarfed by the almost overwhelming scale of Dragonstone. Not only does the location conjure an intimidating physical, but also an emotional presence for these characters. The episode ends on a quiet, but calculating moment. There’s much more to come.

However, there were some problems with the episode. Beware, nitpicking ahead…

This episode had a heck of a time with pacing. It comes in with a vengeance, and goes out with a bang. However, the hour quickly hits an Ed Sheeran sized wall. Kidding… it’s not his fault.

While Arya ushered in the new season with a truly awesome scene, an expansive land like Westeros means a lot of traveling. Upon leaving the Frey’s castle, Arya announces that she’s heading down to Kings Landing. On the long road south, she’s given pause by a dreamy voice. She stops to find a camp of soldiers. Yes, they are Lannister men. The wide-eyed, youthful soldiers invite Arya to camp out with them, and promptly share their dinner with her.

The scene is a sweet one. The soldiers are all adorable, and seemingly win over the stone cold Arya. However, the scene seems to keep going… and going…. and going. Is Arya meaning to kill them? Does she end up sparing them? We’ll see.

Ultimately, the length and structure of the scene makes it feel like it should be important to the scope of the episode. However, it simply ends with absolutely no payoff. Perhaps there will be more to this in coming episodes, but at this point, it feels slow, and ultimately a little distracting. Ed Sheeran features prominently in the shot, but (not being an actor) does not speak (like I said, not his fault). It feels like the scene only came to life as to serve as a cameo for Sheeran, and to integrate the song he sings (which has roots in the books). Will the scene prove to be important in the season as a whole? Potentially. However, coming after such a strong opening to the episode, the drastic tonal shift in the moment is uncomfortably noticeable.

Meanwhile, Samwell (John Bradley) is struggling through life at the Citadel. We see every single, little detail of his life during this period. Yup, bedpans. Lots and lots of bedpans. A lot of material is covered in this sequence with some definite importance for later. Bradley puts forward a stellar performance, playing with not only the humor in the scene, but also Sam’s likability. His presence helps the sequence dramatically, and in the hands of a different actor, might have not have played as smoothly as it does.

The season seven premiere of Game of Thrones went over amazingly well with audience and critics alike, and begins the series on the always tantalizing two months of television to our screens.