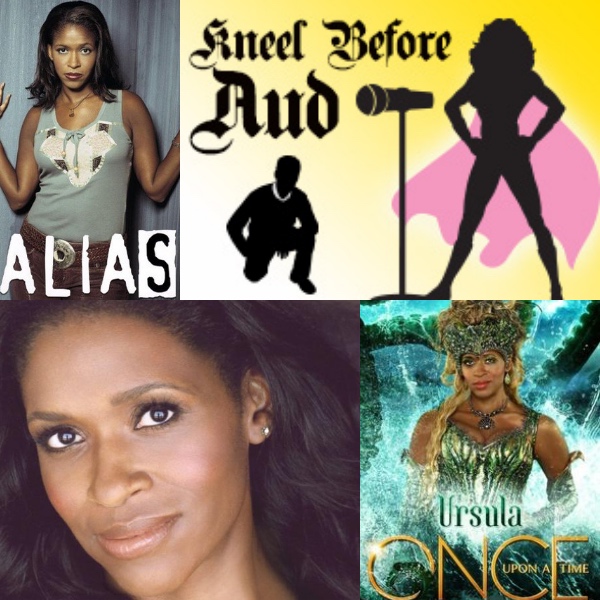 Merrin Dungey talks Once Upon a Time, Alias, Big Little Lies and her childhood obsession with television.

In episode 49 of Kneel Before Aud, I sit down with one of the busiest women in Hollywood, Merrin Dungey. You’ve recently seen Merrin as Detective Quinlan in the HUGE HBO hit Big Little Lies. Did you see that season finale? Whoa! Genre fans have come to love Merrin through her work as Francie in J.J. Abrams hit television series, Alias and as Ursula in the long running ABC fantasy series, Once Upon a Time. In addition to those shows, she’s also starred in King of Queens, Malcolm in the Middle,  Brooklyn Nine-Nine, Con Man the Series and Conviction to name just a few. And I do mean ‘just a few’. Currently, Merrin is working on the CBS comedy pilot, Brothered Up.

RELATED: Listen to actress Merrin Dungey  spin a yarn of a cautious woman who takes a chance at love on the hit storytelling show Five Truths and a Lie

In this interview we talk about Merrin’s childhood obsession with television which really hasn’t gone away, we talk about her being the youngest recipient of UCLA’s American Theatre Award, how she got her first big break, her career and her love of comedy. And, of course, she shares some great onset stories from Alias and Once Upon a Time.

This interview was just lovely and aside from being brilliant and talented, Merrin is also a hoot! Enjoy!