Home » Stuff We Like » Books » Environmental Storytelling: How I Learned to Write through Playing Video Games

Environmental Storytelling: How I Learned to Write through Playing Video Games

Growing up an only child in the middle of the woods, some of my fondest memories are of swinging, rolling in grass, playing with worms and sand and making things out of grass and flowers. I remember making up stories through my objects and my play: suspending myself on a swing to be a captive princess. Racing worms down a slide. Building a fort in the woods with my cousin to begin our invented utopian society. I remember my childhood stories because they were sensory and invented through play and objects.

This is the unspoken power that video games also have for telling a powerful story. In video games, we have sounds, rumble pacs, mechanics and visuals that let us experience a story tangibly, in a way that the written word can’t accomplish quite as concretely. I have so many memories associated with games, and so many gaming moments that haunt me because they delivered a powerful sensory experience. 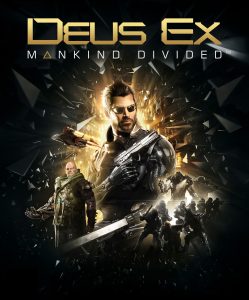 Even though video games are unique storytellers, there are principles from games that can be applied to other forms of storytelling. As a writer, I’ve been fascinated by how games can tell a story through objects that the player encounters. Deus Ex: Mankind Divided and Gone Home are great examples of this: as you explore these environments, you encounter objects that give you as the player information about the space you are in. For example, you learn about the world that Portal takes place in and the tests through graffiti on the walls and GlaDOS’ witty dialogue. In Life is Strange, posters on the wall foreshadow future events and important plot points, and details like the pregnancy test in Dana’s trash can allow us to get to know Max’s classmates without disrupting the main storyline.

As a writer, I’ve often heard the truism “show don’t tell.” Like readers, gamers don’t want to be told why they want to go on an adventure or what to feel–they want to experience the thrill of adventure, or the sorrow of a dark story themselves. As a grad student, my professor constantly quoted the poet Ezra Pound, saying that “the natural object is always the adequate symbol.” What he was saying to me was: stop explaining the “moral” behind your piece. Give us a tangible experience so we can come to those conclusions on our own. In video games, the “natural object” is environmental storytelling, and can be anything from the text, visuals, even the mechanics of a game to entice the player into a story. 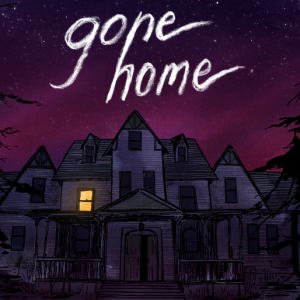 What’s great about environmental storytelling is that it can do narrative work much more efficiently and effectively than exposition. Environmental storytelling requires us to make jumps and fill in gaps, making us participants in the story. For my writing students, I do an exercise where I play the first ten minutes of the game Gone Home and make them list the objects the player encounters and what narrative information each object gives the player–or us as viewers. It’s pretty incredible how much of a story is created in those first ten minutes without a single word of exposition, and how much my students pick up in that short span of time.

Navi is one of the most hated video game characters of all time. I don’t have any numbers to verify that, but from my conversations with a range of gamers, I have to believe this is the case. Why do people hate Navi so much? Because she keeps getting in our way: explaining what we already intuitively know as players, and interrupting our tangible experience of the story. Navi is antithetical to environmental storytelling–and she’s largely unnecessary. That’s why so many gamers love the new Legend of Zelda: Breath of the Wild game: because there’s no one tell you what to do or where to go or why you want to do what you do. You’re just thrown into an open world and allowed to do what you want to do most as a player: play.

That’s the critical importance of environmental storytelling: it doesn’t interrupt the gameplay. It doesn’t remove us from the “dream” that a game creates. As a writer, I’m also trying to create a “dream”–my story should pull the reader in in such a way that they fall into that world, and no exposition should interrupt that or make them less engaged. When I play video games, I study the environmental storytelling, wondering how I as a writer can also give my reader visible, concrete objects. When I think back to the most powerful writing I’ve read, I always think of objects: the ears “like dried peach halves” in Carolyn Forche’s The Colonel, the soldiers’ most precious treasures in Tim O’Brien’s The Things They Carried, and perhaps the one that haunts me the most–Miss Havingsham’s decaying wedding spread in Great Expectations.

Meg Eden
Writer at Meg Eden Books
Meg Eden's work has been published in various magazines, including Rattle, Drunken Boat, Poet Lore, and Gargoyle. She teaches at the University of Maryland. She has four poetry chapbooks, and her novel "Post-High School Reality Quest" is forthcoming from California Coldblood, an imprint of Rare Bird Lit. Check out her work at: megedenbooks.com

Meg Eden's work has been published in various magazines, including Rattle, Drunken Boat, Poet Lore, and Gargoyle. She teaches at the University of Maryland. She has four poetry chapbooks, and her novel "Post-High School Reality Quest" is forthcoming from California Coldblood, an imprint of Rare Bird Lit. Check out her work at: megedenbooks.com