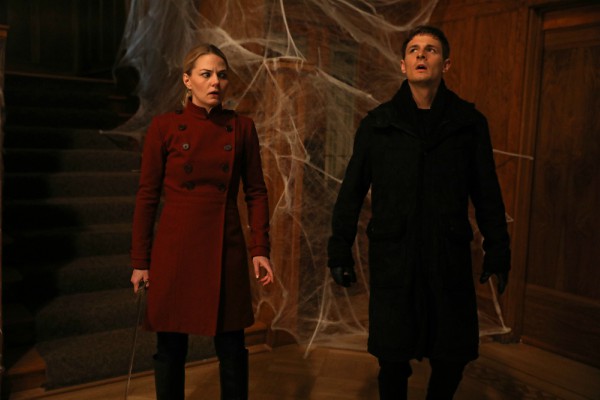 Once Upon A Time, “Mother’s Little Helper”, abc.com

Once upon a time, the Savior was forced to join Gideon in his quest to defeat the Black Fairy.

Hook helped Jasmine and Aladdin find Agrabah. Ariel was able to help Hook communicate with Emma.  He said that Gideon sent him away.  Hook promises that he is doing everything he can to get back to Emma.

Gideon has trapped Hook in another realm and stolen the tears of the Savior, Emma’s tears to keep Hook there. Gideon told Emma that he gave up on trying to kill her. Instead, he wants her to help him kill the Black Fairy.

Click here for the latest recap of Once Upon A Time, “A Wondrous Place”

So all of this is Rumpelstiltskin’s fault, of course.  Belle gave up her son Gideon after he was born. To ensure he would have a good life, Belle gave him to the Blue Fairy, his godmother.  The Black Fairy took Gideon from the Blue Fairy when he was just a baby.  In our time, that was just a few months ago.  Gideon grew up in a land where time moves differently. That is why he was able to return to Storybrooke as a full grown adult.

The Black Fairy is Rumpelstiltskin’s mother. She is pure evil, believe it or not. The Black Fairy was cruel to Gideon and the people in their land.  Gideon came to Storybrooke to kill the Savior so he could become the Savior.  He believes that is the only way he can defeat the Black Fairy and free the land where he grew up.

In their first encounter, Emma was able to use her magic to defeat Gideon and change her vision of her death.  Since then Gideon hasn’t had much luck in finding another way to defeat Emma.  So he comes up with a new plan.  He sent Hook away and used Emma’s sadness against her.

Hook is still trying to get back to Storybrooke. Emma wasn’t able to communicate back to Hook to tell him that Gideon holds the key to Hook’s return. 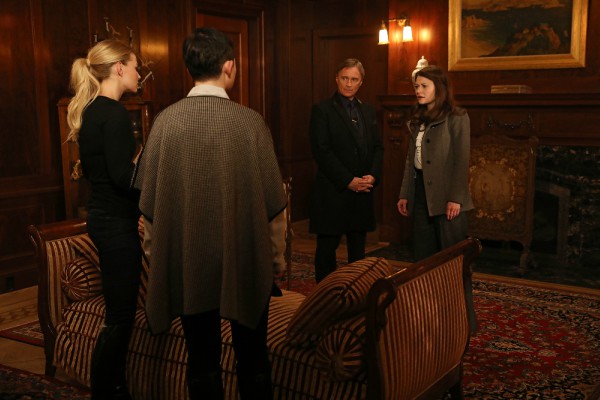 Once Upon A Time, “Mother’s Little Helper”, abc.com

Here is the official synopsis for “Mother’s Little Helper.”

“Gold and Belle convince Emma to help Gideon, explaining that together they can stop the Black Fairy.  Henry experiences a disorienting shift in his powers that forces Regina to seek counsel from the previous author.  Meanwhile, in Fairy Tale Land, Hook attempts to win the assistance of an old adversary by betting his most prized possession on a game of cards.  And, in a flashback, the Black Fairy tortures young Gideon in hopes of molding him into the perfect apprentice.”