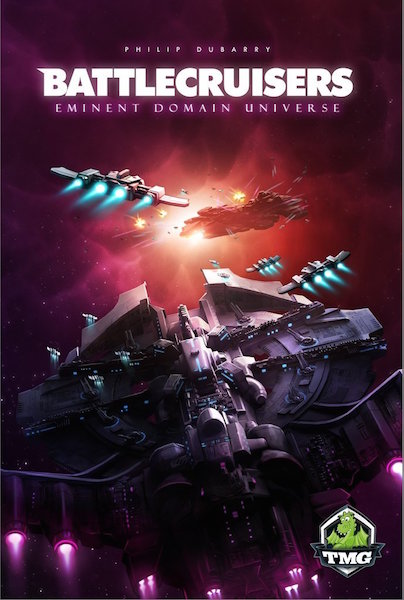 It’s good when something you have been anticipating for a long time fulfills the expectations you had for it. Eminent Domain: Battlecruisers, designed by Philip duBarry and published by Tasty Minstrel Games has done exactly this for me. One of my favorite games is Eminent Domain: Microcosm, and Battlecruisers is set in that same universe, created by Seth Jaffee. So, when I heard this game was coming out, I was immediately intrigued. 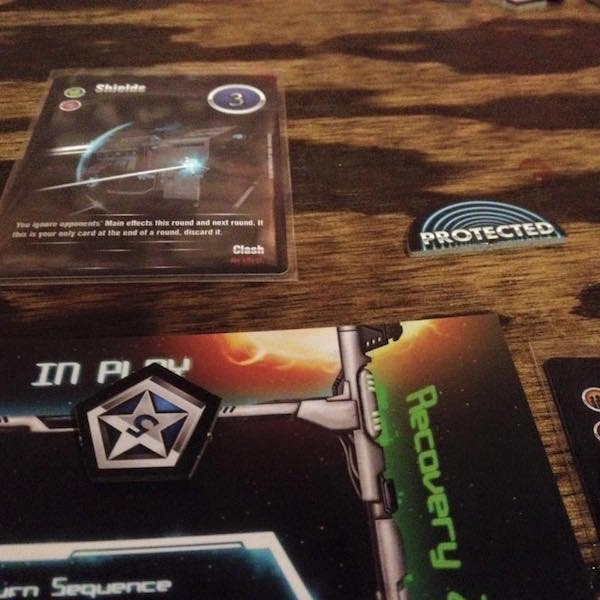 Battlecruisers is designed for 3-5 players and it takes around 20 minutes per game. The goal of the game is to acquire 15 victory points or eliminate all of your opponents from the battle. Players each have an identical deck of cards, ranging from 6-8 cards depending on the number of players. Each turn happens simultaneously, with each player secretly choosing a card and revealing it at the same time. If you play a card that no one else played, you trigger the main power of the card, which is good for you and sometimes bad for your opponents. Yay! If multiple players play the same card, however, those players “clash” and all of those players are required to resolve the clash results listed on the card. These results are mostly bad for the clashing players, causing them to lose cards or victory points. Boo! 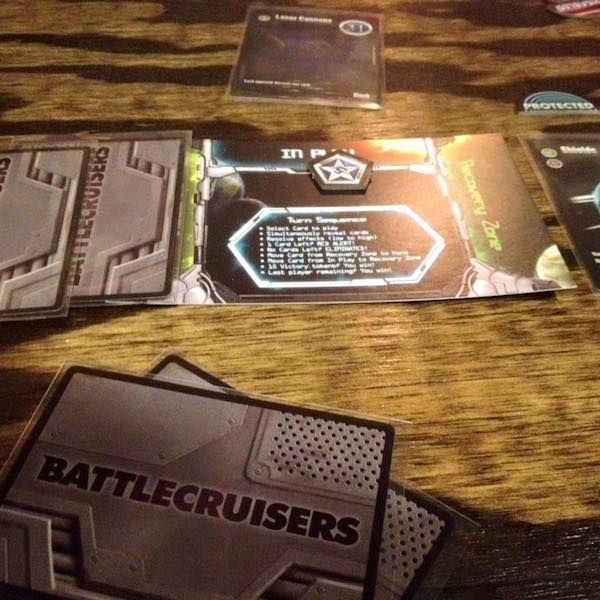 The concept, theme, and strategies involved in the game are solid all the way around. What takes it to a whole ‘nother level, however, is the fact that the base game comes with 33 cards per player, from which several different decks of 6-8 cards can be built. So, the variety is plenty here, and the more you play, the more you can tweak the decks to customize your play experience. The game comes with several suggestions for decks, ranging from basic to advanced. My group played the basic deck and the “Friendship Breaker” deck. The basic deck was more balanced between defense and offense, while the Friendship Breaker was more aggressive. In both cases the games were competitive, and as we became more familiar with the cards’ abilities, the action got a little more cutthroat. It was easy to see how strategies could develop with several plays under your belt. 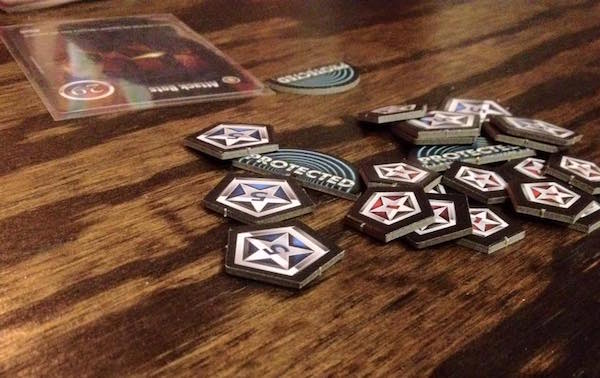 I really like the way the game feels like a sandbox for creating your own “micro game” experience. It feels like there are several games in one package, and I love the possibilities that presents. And like Eminent Domain: Microcosm, Battlecruisers has more of an epic feel to it than a standard micro game. There was quite a bit of tension when the cards were revealed each turn, and lots of groans when players’ cards clashed. In all, Battlecruisers is a great way to get a handful of visceral space battles fought in less than an hour. I look forward to playing again soon, and I also look forward to tweaking the decks, trying to find the perfect combination to provide the most tense battles. 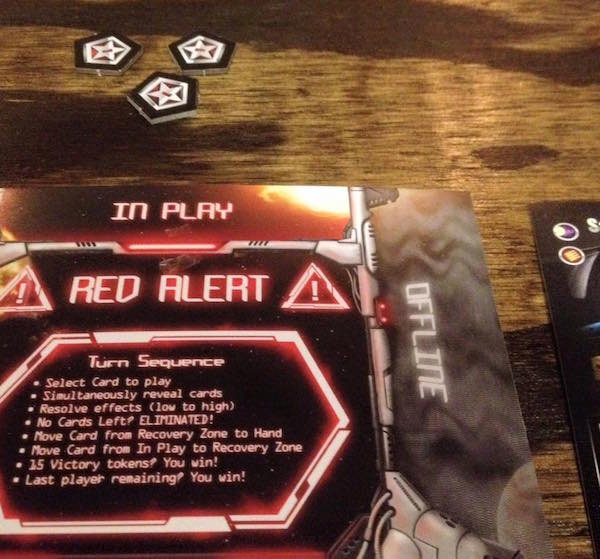 I’m glad I finally got the chance to experience the latest installment in the Eminent Domain universe. And I’m even more glad it was everything I hoped for.

That’s it for now. Thanks for reading and keep nerding on.