Ellen Page to Star in Netflix Adaptation of THE UMBRELLA ACADEMY

Netflix is digging deeper into its commitment to adapting comics and graphic novels for TV.  It was announced Thursday, via Deadline that Ellen Page will star in Netflix’s live-action adaptation of The Umbrella Academy, a graphic novel by Gerard Way (My Chemical Romance) and illustrated by Gabriel Bá.

Way will be involved with the production, as executive producer.  It’s not fully clear how involved he’ll be in content, but we can assume his opinion will weigh heavy.  Fargo‘s showrunner Steve Blackman will serve as showrunner for The Umbrella Academy, and if you’ve been watching Fargo, you know that’s excellent news for fans of the graphic novel! 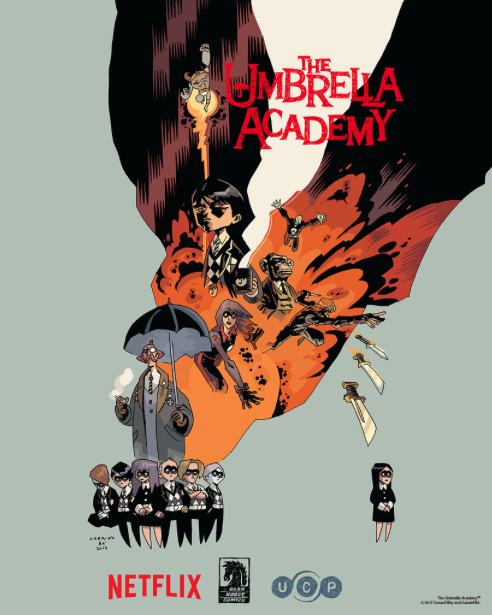 As for Page’s part, she’ll be playing Vanya. A black sheep with no powers, Vanya is a painfully timid and insecure character. Page is an excellent choice for the role. She’s got that introvert thing at the tip of her fingers.

Here’s a brief synopsis of the Netflix series…

The story follows the estranged members of a dysfunctional family of superheroes known as the Umbrella Academy — Luther, Diego, Allison, Vanya, Klaus and Number Five — as they work together to solve their father’s mysterious death while coming apart at the seams due to their divergent personalities and abilities.

This series is in its infant stages, so no dates are set.  We at GGA will keep you informed!