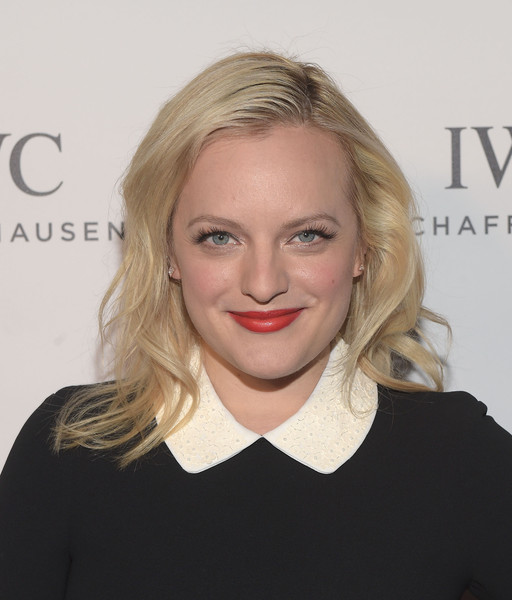 In The Handmaid’s Tale news, Elisabeth Moss (Mad Men, Top of the Lake) has been tapped as the lead in the Hulu’s straight-to-series adaptation of the novel.

The novel is a dark and sometimes prescient story set in the dystopian Gilead, a totalitarian society in what was formerly part of the United States. Facing environmental disasters and a plunging birthrate, Gilead is ruled by a twisted religious fundamentalism that treats women as property of the state. As one of the few remaining fertile women, Offred is a Handmaid in the Commander’s household, one of the caste of women forced into sexual servitude as a last desperate attempt to repopulate a devastated world. In this terrifying society where one wrong word could end her life, Offred navigates between Commanders, their cruel Wives, domestic Marthas, and her fellow Handmaids – where anyone could be a spy for Gilead — all with one goal: to survive and find the daughter that was taken from her.

Elisabeth Moss will be playing Offred. The Handmaid’s Tale was previously made into a film starring Natasha Richardson (Offred), Robert Duvall and Faye Dunaway. There is also a wonderful audio version of the book narrated by Claire Danes. The novel unfolds like a journal entry and leaves chills to the most seasoned dystopian reader. Although the movie was well done, the story is so rich and full that it will be better served in the 10 episodes that Hulu ordered.

The casting of Elisabeth Moss is perfect. Moss does well with characters that are downtrodden yet have an inner strength and will to survive. Now that Moss has landed the lead as Offred, it will be exciting to see who else will joining the cast.

Production is set to begin later this year and the series will premiere sometime in 2017. Margaret Atwood will serve as consulting producer and the script was written by The 100‘s Bruce Miller