Home » Movies » ‘The Eagle Huntress’ is an Inspiring and Gorgeous Documentary

‘The Eagle Huntress’ is an Inspiring and Gorgeous Documentary 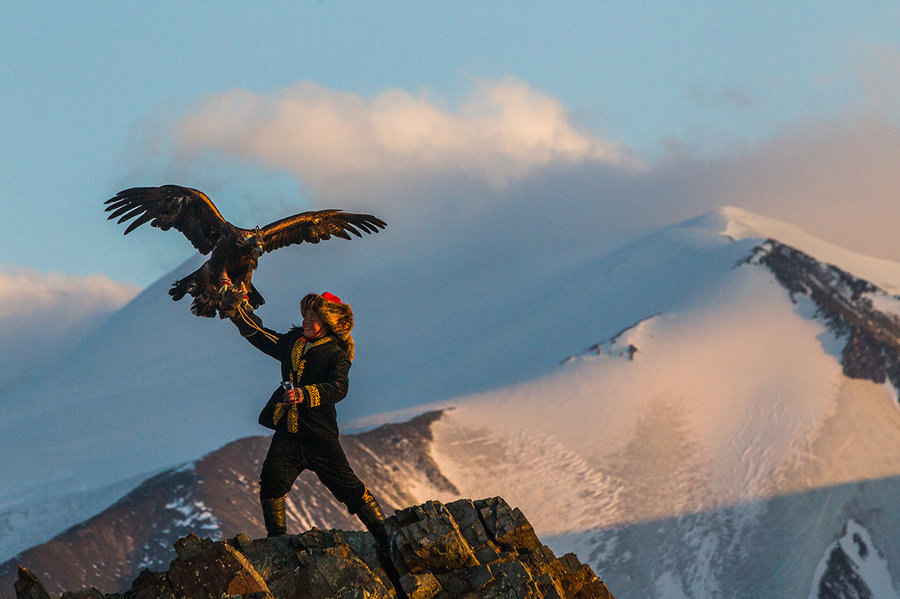 I’ve been aware of this documentary, The Eagle Huntress, for a while now, eagerly awaiting either its wide release or for a screener to show up in my post box.  I haven’t seen a lot of coverage in most of the media I consume so I decided it’s time to post the trailer here.  While the trailer is showing in some theaters, in my opinion, it’s more or less been overlooked.

The Eagle Huntress follows Aisholpan, a 13-year-old girl, as she trains to become the first female in twelve generations of her Kazakh family to become an eagle hunter, and rises to the pinnacle of a tradition that has been handed down from father to son for centuries.

Set against the breathtaking expanse of the Mongolian steppe, The Eagle Huntress features some of the most awe-inspiring cinematography ever captured in a documentary, giving this intimate tale of a young girl’s quest the dramatic force of an epic narrative film.

Daisy Ridley narrates the incredible journey and is an Executive Producer on the film.

Originally shown at Sundance, it was met with glowing reviews and picked up by Sony Picture Classics for a wider release.  As of now it will release in Los Angeles and New York City on October 28, 2016 with more cities being added at a later time.