E3 2019: CRIS TALES Is the Ultimate Love Letter to the Classic JRPG Genre

During the E3 2019 PC Gaming Show conference, we were treated to the world premier of Cris Tales. The RPG (role playing game) from publisher Modus Games and developers Dream Uncorporated and SYCK is beyond beautiful. It is described as a love letter to games from the classic JRPG (Japanese role playing game) genre. The art style is really what drew me into Cris Tales. It features hand drawn 2D art that is animated within the game to bring the characters and world to life. The story itself follows main protagonist Crisbell as she learns to control her time mage powers and face off against The Empress.

Gameplay within the world is simple, allowing the player to move about and interact with items and people. The special time mage mechanic is really what defines Cris Tales. Crisbell is able to see the past, present and future. This allows the player to see how the world around them changes and can interact with specific items based on what time they are in. This ability can also be used in battle, allowing the player to send enemies to the past or future. Crisbell is joined by a unique group of friends including the talking frog Matias, a fellow time mage Wilhelm, and the young fighter Christoper.

Modus Games currently has a playable demo that introduces us to the world of Cris Tales and allows us to experience their style of combat and story telling. They use a turn base strategy combat system that rewards players for quickly reacting. For instance when an enemy attacks, the player can use the Z key at the right moment to block and reduce the damage taken. They can also perform a double attack by hitting the Z key at the right moment to deal double damage to an enemy. Aside from basic combat and Crisbell’s time magic skill, the game also features the use of magic. So far we have seen fire and water, but I am sure we will get to experience multiple different spells as the game progresses.

If you haven’t gotten a chance to experience the demo, I suggest getting to it quickly. It will be available on Steam and their website until June 24, 2019. The game is set to release in 2020 for PC, Xbox One, PS4 and the Nintendo Switch. If you missed the trailer, you can catch it below along with additional screenshots, which are now the rotating backgrounds for my computer. 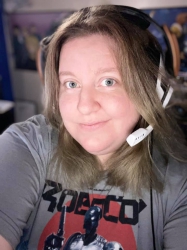