Quite unsurprisingly, when Microsoft kicked off their Press Release at E3 2017, the first announcement was the launch of the new Xbox One X. With no other console rumours on the horizon, they were pretty sure this would impress, and it did. Boasting the smallest and most powerful console in existence, the One X is liquid cooled, the first console to do so, and true 4k. And with the console launch price on par with the Xbox One and Xbox One S at US $499, it looks like Microsoft has found their sweet spot.

After the reveal that Porsche has partnered with racing tour de force Forza Motorsport 7, and taking the opportunity to present for the first time outside of Porsche the 911 GT2RS, the flagship car of Forza 7, the 2017/2018 games list was divulged.

Being the first console press release of E3 17, Microsoft took every opportunity to present world premieres, announce exclusive titles and launch exclusives, and took immense pride in the fact that gamer favourite PlayerUnknown’s BattleGrounds will be finally heading to console with the launch exclusive available on the Xbox One in late 2017. And like a few other titles, it will receive Xbox One X enhancement when the console hits stores.

The big games announcements we’ve been waiting for were: Assassins Creed Origins where the story began, Shadow of War the perfect sequel to Shadow of Mordor with Australian Orc Brûz the Chopper winning hearts, Life is Strange Before the Storm telling the previous chapter of Max’s story and Metro Exodus for the first time taking the dystopian FPS into an above ground open world adventure. Though none were exclusive, Xbox gave them the floor for the world premieres.

The latest Dragon Ball Z game: Dragon Ball Fighter Z, looks like it will rival Xenoverse for a simple brawler, and Code Vein is the JRPG Darksouls we didn’t know we needed. Both titles are tipped for a 2018 release.

We also saw EA’s latest and most ambitious project Anthem announced, which came as a breath of fresh air for those heavily disappointed with Mass Effect Andromeda.

Minecraft announced that with the introduction of bigger servers, they would become completely cross platform. Mobile, VR, console and PC players will all be able to interact seamlessly. Alongside this, the Super Duper Graphics Pack will be released creating more varied environments, different skins, bigger and better raw materials and several different locations and townships.

Exclusive titles saw long awaited indie cult Cuphead finally get a release date (29th September), State of Decay was given a sequel and Crackdown 3 starring actor Terry Crews will be available in November. Super Lucky’s Tale finally gives Xbox a platformer to rival Nintendo’s Mario franchise and MMORPG Sea of Thieves gives players a fun and joyous pirate themed adventure (though everyone is wondering about how they eat bananas).

we were just talking about it here, and like, if you were gonna eat a whole, unpeeled banana, fine

but to do it stem first? STEM FIRST? pic.twitter.com/urv13dUBld

And the last exclusive announcement, accompanied by a haunting piano refrain, was Ori and the Will o the Whisps, which will be a beautiful edition to the franchise.

Xbox has opened strong, and it will be hard to top them at this year’s E3. 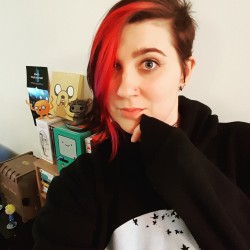 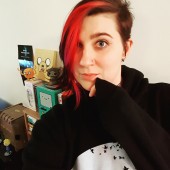