Nintendo came into E3 2017 joycons blazing. In 2016, Nintendo’s ONLY feature was Legend of Zelda: Breath of the Wild on the WiiU. This year, hot off the release of the Nintendo Switch, Nintendo featured an array of games and amiibos that would become available for their newest console throughout 2017 and 2018.

Nintendo has always found a way to be inventive, and still hold onto what fans love. And it looks like they’ve done it again with Super Mario Galaxy. During the game demo, players had a choice of choosing from two of the many environmental kingdoms that the game will present: New Donk City from the Metro Kingdom, and Tostarena in the Sand Kingdom. I got to play the demo, and felt heartbroken once my ten minutes were over. The game plays terrifically well, has a fresh cast of characters, and proves to be as exciting as it is entertaining.

It reminds me a lot of Super Mario Sunshine (one of my favorite titles). In that title, you got to freely make your own way through the game. It does not feel as strict as Super Mario Galaxy. The levels directed your gameplay and there was not a ton of room for exploration. Nintendo is truly embracing the idea of “open world” in allowing the player to create their own unique gameplay experience in Super Mario Odyssey. It is set to release on October 21, 2017. Another one of Nintendo’s featured game demos was for ARMS, the latest fighting game to be released by the company. This title is not your typical 1v1 fighting game. It’s really fun to see how they’ve changed from Punch-Out!! in 1984 to ARMS in 2017. You brawl with, you’ve guessed it, your arms. And this fighting game is not just about rapidly bashing the opponent. The fighters function in a distinctive way, that cause the player to be decisive about their movements. The game contains a cast of fun and colorful characters in a rather unusual world.

ARMS contains single-player and multiplayer capabilities, with local and wireless functions. And this game isn’t solely about punching out the opponent. V-Ball, and Hoops, two other game modes which are variations on the classic sports, Volleyball and Basketball, appear in the game as well. ARMS was released on Friday June 16, 2017, the day after E3 concluded. Getting down the game functions/how to battle is the biggest hurdle of the game. Overall, once you know how to play, ARMS is a delightfully fun game that’s great for solo play or for challenging your friends!

Finally, the last demo at Nintendo’s E3 exhibit was Splatoon 2, the sequel to the ever popular third person shooter, Splatoon. The game features single player and multiplayer modes. Players will be faceted with tons of new weapons and ways to “blot out” the competition. From what players were shown at E3, it appears that the single player story mode focuses heavily on Marie. Marie is one of the popular “Squid Sisters” from the first game, and now we see her no longer beside Callie. Splatoon 2 appears to be a stronger version of the original game on the Nintendo Switch. As the saying goes, “if it ain’t broke, don’t fix it” and the Splatoon series is not broken in the slightest. This game will be released on July 21, 2017.

During the Tuesday June 13th press conference, viewers and fans alike got to find out what new Nintendo games would be hitting the market in 2017 and 2018. While several other titles for the Nintendo Switch were announced at previous conferences, this article will features the games that Nintendo themselves highlighted at E3.

First announced was Xenoblade Chronicles 2, sequel to Xenoblade Chronicles released on the Wii in 2010. It was a surprising announcement during the Nintendo E3 presentation. Overall, the game already looks incredibly impressive in combat and scope. The original Xenoblade Chronicles is hailed as a highly successful game, so let’s hope that it’s sequel will be as well. This game is expected to come out in the Holiday season of 2017.

Even though it was announced earlier in the week, Nintendo featured Pokken Tournament Deluxe as a prominent title coming to the Nintendo Switch. Similar to Splatoon, it is a game that was released in 2015 for the Wii U, and is now making it’s way to the newest console. This version will feature the incorporation of several new Pokemon. Additionally, a new Pokemon RPG game is in the works as well. There appeared no detailed info or visuals for this upcoming game, but was simply mentioned to be in production.

There were several teaser trailers released at the press conference for upcoming 2018 Nintendo Switch games. The announcement that made most fans ecstatic was of course Metroid Prime 4. It’s predecessor, Metroid Prime 3 came out in 2007, so its been 10 years since we’ve had a canonical sequel. There was no gameplay footage, just a teaser trailer. This game is currently in development, and set to be released for the Nintendo Switch sometime in 2018.

Additionally, the new 2018 Yoshi (working title) game not only looks incredibly cute, but also very innovative. Part of the gameplay will feature an ability to let players “flip the stage”. With this feature, Yoshi can explore other areas to the level. This game will be a side-scroller with extended depth and camera abilities. It is set to be released in the Holiday season of 2018.

Finally, we will see a new Kirby (working title) game in 2018 as well. In the game trailer, we receive a glimpse of what this new game will entail. This new Kirby title stays a traditional side-scroller, with single player and multiplayer functions. And it appears in this game, that friendship truly is the greatest power. Kirby is shown working together with other characters, and using their powers to overcome obstacles. Overall, we can expect more information on these upcoming titles within the next year. Fire Emblem can arguably be considered one of Nintendo’s current hottest franchises. Coming off the release of Fire Emblem Heroes for the Android and iOS in February of 2017, and the incredible success of 2012’s Fire Emblem Awakening, Fire Emblem Warriors is a celebration of the series as a whole. Players will be able to reunite with their favorite characters from across the franchise as they join together and fight. However, the game does not operate in the traditional Fire Emblem way. Players fight enemies Dynasty Warriors style. This new title is coming out Fall 2017.

Legend of Zelda: Breath of the Wild DLC

Legend of Zelda: Breath of the Wild fans-DLC is on the way! The Master Trails expansion pack features The Trail of the Sword, Hero’s Path Mode, brand new armor (including the Korok mask and Majora’s Mask), and Master Mode (a new game difficulty). This DLC pack will be available on June 30th, 2017. Additionally, The Champion’s Ballad DLC will launch this year as well. This expansion pack appears to be a prequel story to the game, focusing on the four champions of Hyrule. This DLC expansion is set to be released during the Holiday season of 2017.

RELATED: What Made THE LEGEND OF ZELDA: BREATH OF THE WILD a 10/10?

Mario + Rabbids Kingdom Battle was featured during Nintendo’s and Ubisoft’s E3 press conferences. It is a unique game, combining the classic Mushroom Kingdom setting and characters, with the unpredictable Rabbids. This game is a turn-based tactical game that offers creative and challenging gameplay. I was able to get my hands on this game during E3, and it was a blast. I don’t often pick up tactical games, but Mario + Rabbids Kingdom Battle is a brilliant game that made me change my tune. This game is available on the Nintendo Switch on August 29, 2017. 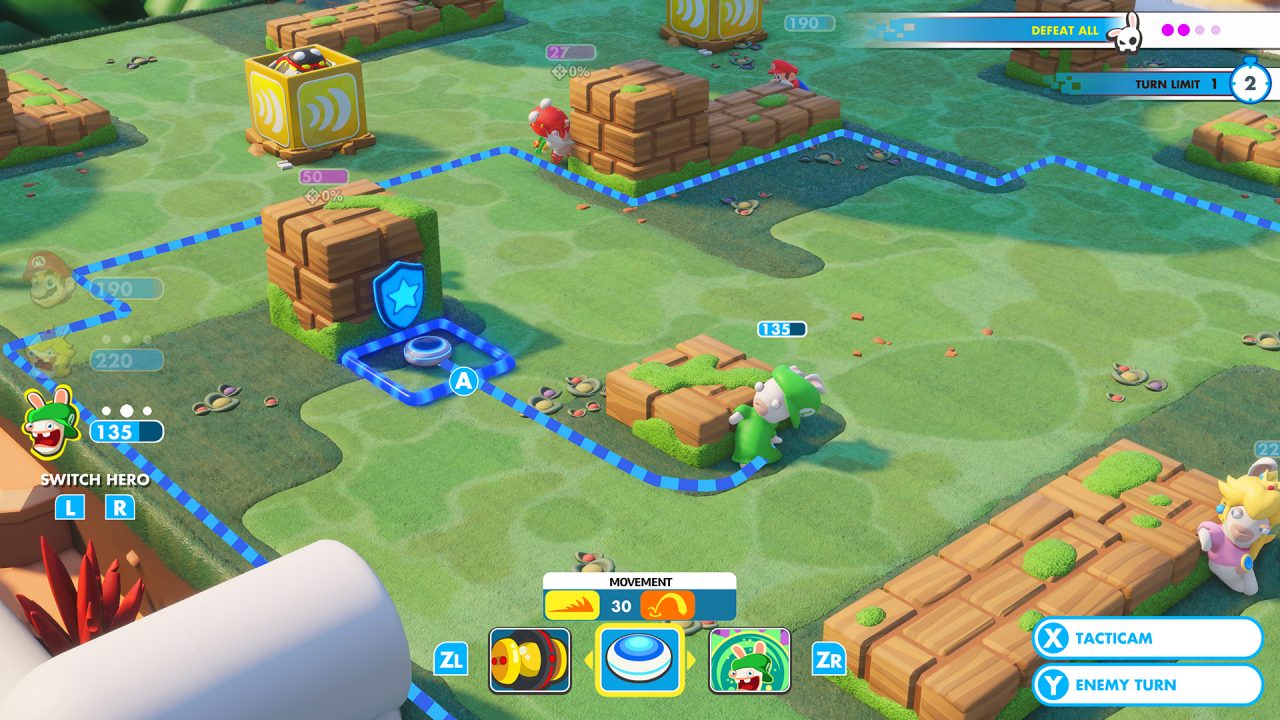 There are a ton of new amiibos hitting the market this year. Amiibos are small figures that when attached to the Nintendo 3DS and Nintendo Switch, offer bonus content and items for players. Figures from Metroid, Splatoon 2, Super Smash Bros, Pikmin, The Legend of Zelda, Fire Emblem, and Super Mario Odyssey were featured in a glass case in the middle of the showroom floor. Altogether, it was not announced what these amiibos will specifically do, but I’m excited to get my hands on some! 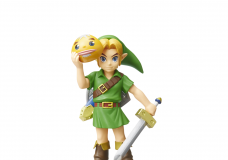 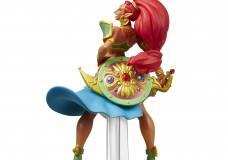 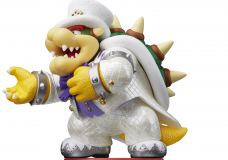 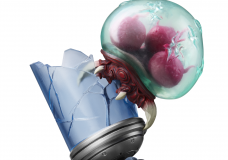 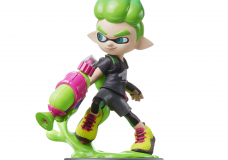 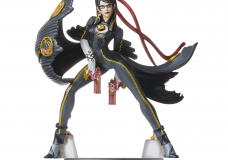 Overall, with the release of the Nintendo Switch earlier in March, Nintendo had a ton to market in the debuting year of their latest console. Their demos were superb, their show room display was breathtaking, and their presentation was crisp and clear. Nintendo remains a solid company that continues to hold it’s ground. I was throughly impressed by them at E3 2017, and I cannot wait to see what Nintendo has in store for us in the upcoming years.