E3 2017: Hands-On with LUNA, a VR Experience Unlike Any Other

While E3 2017 was an experience in of itself, being able to demo some truly remarkable games was the highlight of the entire event. On Wednesday, I had a chance to play Funomena’s Luna and it was everything I wanted my first VR experience to be.

In the demo suite with Robin Hunicke (Journey, Boom Blox), game designer and co-founder of Funomena, I put on the Oculus headset and I was immediate transported to a world where things began within the petals of a large, earth-like flower. Once it opened up, I could click on the smaller pods within and each one had a star puzzle for me to solve. After solving five puzzles, I entered a gorgeous terrarium where I was given a pallet of grass, bushes, trees, and water lilies, and I could place these items wherever I wished. I placed the trees on the short grass, and from there I could manipulate the trees by making them taller or shorter, bending them in weird ways, or changing the color of their leaves. The more trees I put in the terrarium, the brighter the landscape became and the brighter it became, the more colors I could see. 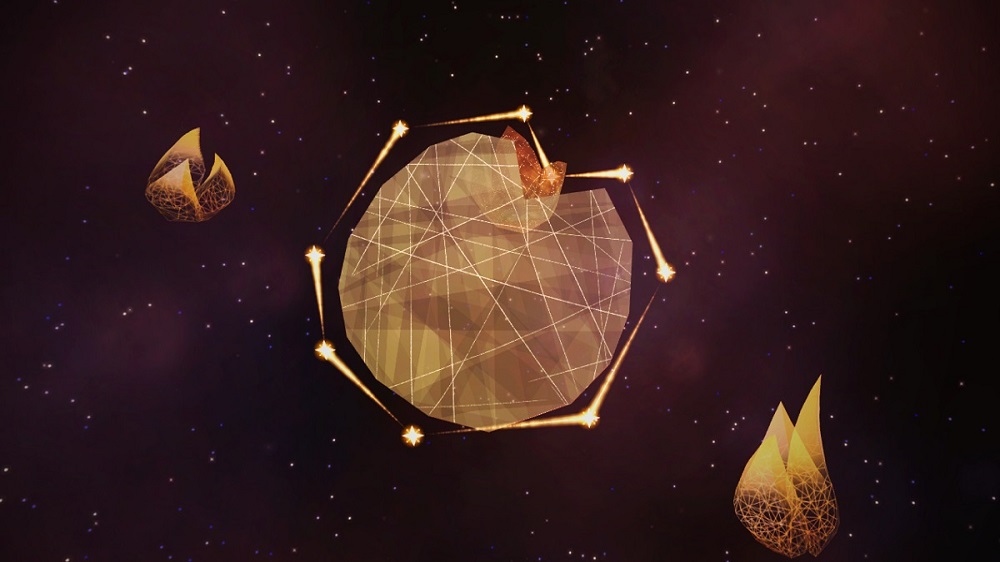 In the pond, I added little water lilies here and there and suddenly a frog appeared and happily jumped from one leaf to another. Like the trees, I could change the color of the water lilies and make them bigger or smaller. I also added grass to my hills and my flat land. In short, I was creating a masterpiece of colorful flora and fauna.

I took my time, painstakingly manipulating each object because there are no time limits in this game. I could have spent hours placing trees and bushes, and I wouldn’t have been penalized for it. There are no map objectives for me to complete, no series of grinding missions, no armor or weapon enhancements to worry about. It was just me, these trees, and my little bird friend who watched my every move. 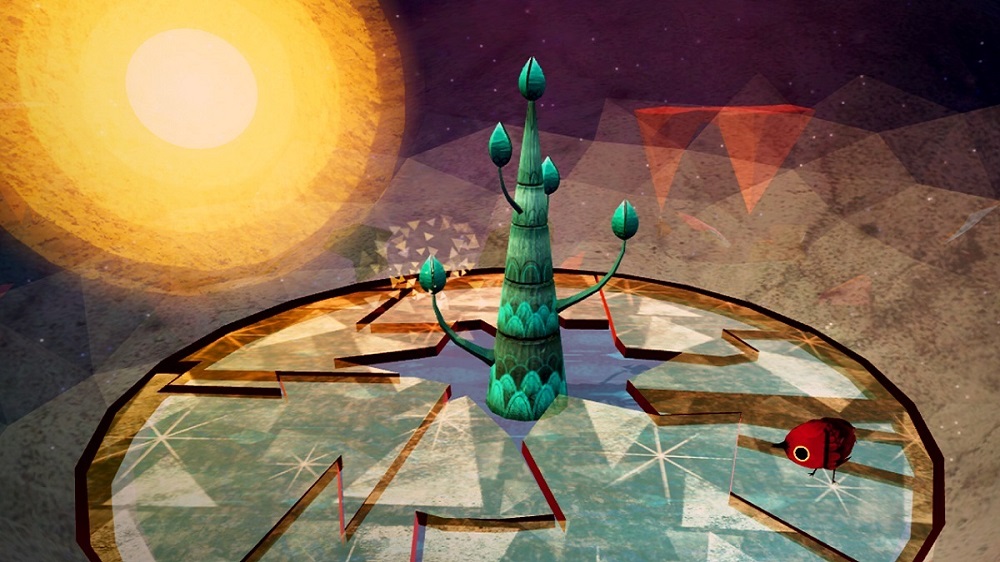 Speaking of the little bird, it is the protagonist in the game. Luna is a story about a bird that is tricked by an owl to eat the last sliver of a waning moon, essentially destroying it. A great storm descends on the land and blows the little bird out of its nest and sends it far away. We follow the bird as it goes from terrarium to terrarium (or island to island) in effort to get back home. Along the way the little bird meets other animals who were also tricked into eating part of the moon. The little bird helps these animals to heal the world and restore the moon to its full glory.

For a unique game such as this, I wanted to know what the inspiration behind it was. Robin explained that she wanted to make a game that centered on healing, and letting go of past mistakes. It is a sharp contrast from the popular games out there that focuses on revenge, or war, or greed. “We need to learn to talk about our feelings and accept one another,” Robin says and I absolutely agree. Too often we keep our feelings locked deep down inside when in reality letting it out is the only way we can find solace. 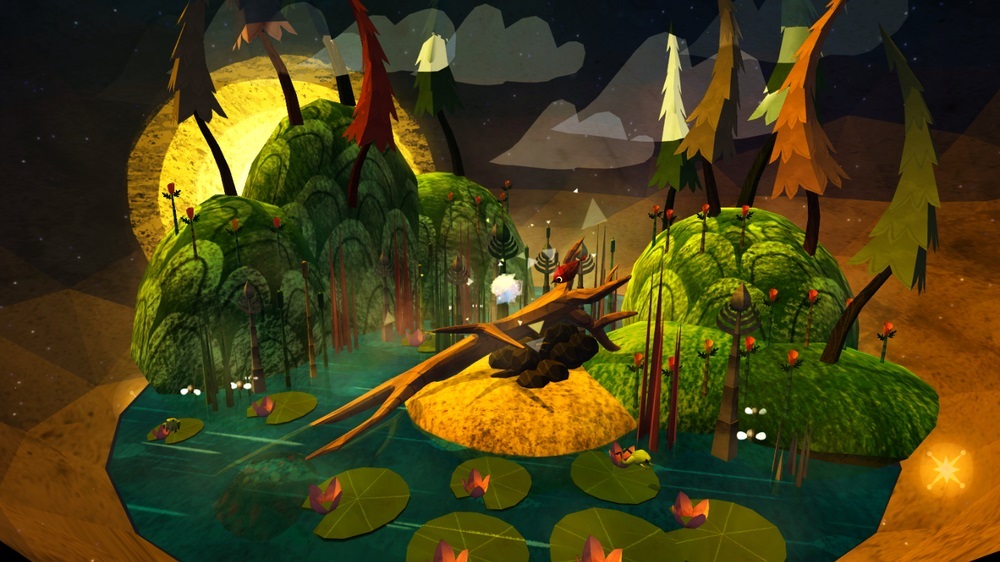 As I continued to play the demo, I found comfort in building my world, and the music, composed by Austin Wintory (Journey, The Banner Saga), only added to the beauty of this game. After 5 minutes of listening to the music I easily forgot that outside the demo suite there was a convention with over 65,000 people.

Once I was done with my terrarium, a small star appeared and when I clicked on it, I was brought inside the terrarium I just created. I could see my bird friend up close, and next to it was a happy turtle that I had not seen the before. This was my world and it was beautiful.

When the demo ended I was a little disappointed, but Robin assured me that Luna will be released by the end of the year for the PC and VR and then it will be hitting consoles after the initial release. I have to say that while this game will look amazing in 2D, experiencing in VR is how this game is truly meant to be played.

You can watch the teaser below to get a glimpse at this extraordinary game two years in the making.