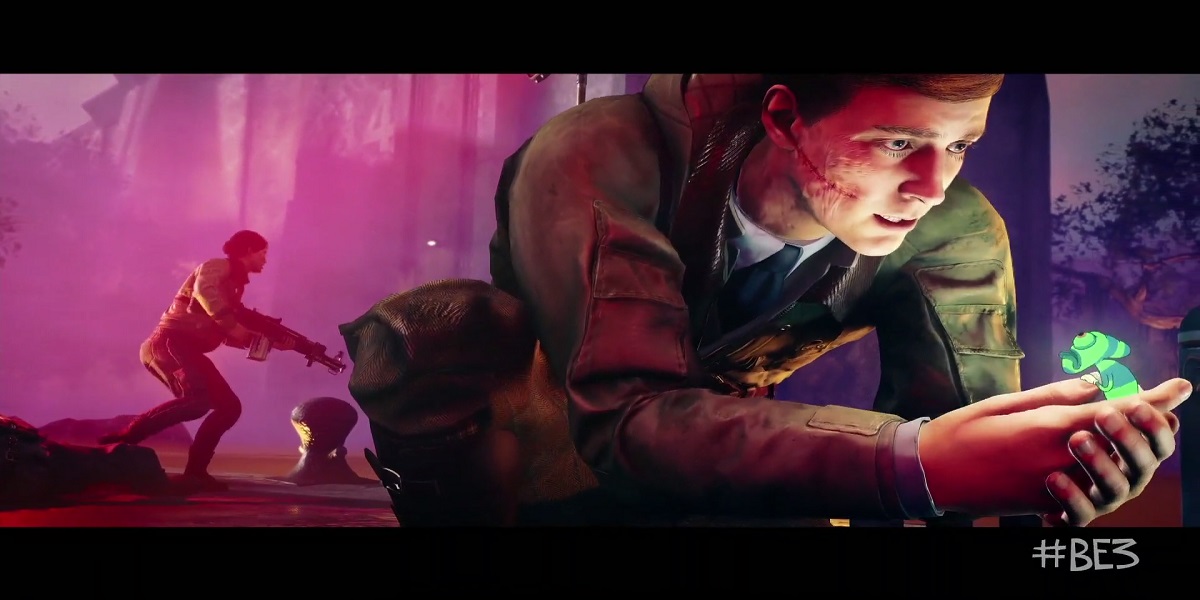 On Sunday night, Bethesda held their press conference in Bethesdaland and there was a lot of exciting news including new titles for console and PC and two classic games heading to virtual reality.

Pete Hines, Global Vice President of PR and Marketing, announced the two titles that will be playable on virtual reality devices: Fallout 4 VR and DOOM VFR.

“We’ve had teams hard at work on VR titles to provide the kind of experiences you’ve been asking for and the experience that you won’t find anywhere else.”

You can watch the announcement trailers below:

You can see this announcement trailer below:

In an effort to support the large mod community, Bethesda announced the arrival of the Bethesda Creation Club. Coming this summer, players will have access to the Creation Club, a collection of new weapons, outfits, accessories, armor, crafting, housing features and gameplay add-ons for Fallout 4 and Skyrim. Players will accumulate credits that they can use to purchase these items in-game.  All of the items are developed by Bethesda with the help of outside studios and community modders.

You can see the announcement trailer below:

There was also some news about The Elder Scrolls: Legends strategy card game. Released in 2016, this game entered the Competitive Card Game (CCG) market and it has developed a large fan base. Now there will be new content available including the Dark Brotherhood story content, the Chaos Arena, in-game Tournaments, and next month, the game will be available for Android and iOS smartphones.

There will also be an expansion, Heroes of Skyrim, which will be released on June 29th.

Below is the announcement trailer:

Skyrim for the Nintendo Switch

In other big news (and this is something that we have heard about in the past), it is now official: Skyrim is coming to the Nintendo Switch. Not only that, but the Link Amiibo will be compatible with the game, giving players access to the iconic Master sword and Link outfit. Now players can take Skyrim with them wherever they go.

You can see the trailer for the game below and jam out to the light beats of Passion Pit’s “Take a Walk”:

Dishonored: Death of the Outsider

Coming September 15th, players can look forward to a spinoff game, Dishonored: Death of the Outsider. In this new game, players will take on the role of Billie as she, and the assassin Daud, set off on a quest to take down the Outsider once and for all.

You can see the trailer below:

In esports news, Bethesda announced the coming of Quake Champions and the creation of the Quake World Championships which will be held on August 26th at QuakeCon in Dallas, Texas. Teams will face off for a chance to win some part of the $1,000,000 prize pool.

Bethesda also revealed that B.J. Blazkowicz will be a playable character.

Check out the trailer below:

Bethesda also gave us the trailer for the upcoming The Evil Within 2 which will be released on October 13th, 2017. In the trailer, players will reprise the role of detective Sebastian Castellanos as he is plunged back into the dark, nightmare-fueled world in an effort to save his daughter. Judging by the trailer this sequel to The Evil Within is sure to be a game that one shouldn’t play with the lights off.

You can see the announcement trailer below and listen to the creepy cover of Duran Duran’s “Ordinary World.”

And lastly, we got a trailer for the new Wolfenstein: A New Order sequel, Wolfenstein II: A New Colossus. In this game, B.J. Blazkowicz sets off to start a revolution against Nazi-controlled America.

Watch the action-packed trailer below and get ready to hunt some Nazis on October 27th.

Overall I would have to say that Bethesda had a fairly strong showing this year at E3. The games that stood out for me were Wolfenstein II: A New Colossus, and The Evil Within II. Wolfenstein II is on the list because Wolfenstein: A New Order is a phenomenal game and watching Blazkowicz do his thing in the trailer is a sight to behold. Rest assured that I will be picking up this game on launch day. As for The Evil Within II, I wasn’t able to play the first game, but the trailer convinced me that I should give this series a go. I enjoy games with a compelling protagonist and interesting alternative realities or worlds, so the idea of going into a nightmare land is a fascinating one. Of course, I will only play this game during the day.

Check out our fun fandom gift guides to find that perfect gift for the fan on your list! http://bit.ly/3cQ2gW
#CyberMonday

Have someone on your Holiday list who is all-in on a particular fandom? Check out GGA's Holiday fandom gift guides to find that perfect gift! https://bit.ly/3cQ2gWm