I did a little rant on my Facebook page regarding a ridiculous article in Variety that actually had the audacity to suggest that the Wachowskis’ failure (“Jupiter Ascending”) could be bad for creative artists all over. Never mind the film’s overblown budget of $175 million, the eye popping production design, and the over abundance of CGI. Where the hell is the story that is suppose to support all? 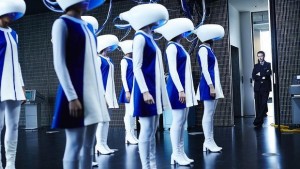 What’s even more ingratiating is the idea that someone out there was rallying behind the Wachowski siblings as innovators when actually they are mere posers. The real heroes are far more modest and the talent is in abundance with the earnest-budgeted ($5 million) “Predestination” by the Spierig Brothers. Aided by a complex story, interesting characters and tight direction, the Spierigs deliver a powerful punch that has you talking about the film long after it is over, and demonstrates that creativity, when in control, can be enormously successful.

On the other hand, the Wachowskis’ left me with a horrible aftertaste with their latest flash and trash, making us want to demand our two plus hours back. It all falls under the heading of, what in the hell were they thinking? And, do not mistake this criticism as just another critic jumping on the anti-Wachowski band wagon. I loved “Bound” and “The Matrix,” but I, along with so many others, began to see them slipping with all their other films. The only other director that has gone downhill faster is M. Night Shyamalan. But with the Wachowskis’ latest derivative, infantile mayhem for the ADD audience, we find that they may soon catch up.

I went in setting my expectations low, so I could enjoy the film. After all, I was one of the few that loved “John Carter”. But unlike “JC”, “JA” lacks any suspense, has not one engaging character, and has some of the most unwatchable action scenes in a movie I’ve seen in quite some time. It is also one of the most cluttered films, The Wachowskis stuff the screen with so much eye candy that it becomes distracting. Perhaps that was their intention since the simple story was clunky and the dialogue stilted.

If you have not heard about the story, it’s probably because it’s just not worth telling. Lifting from so many sources like Edgar Rice Burroughs (“John Carter and the Princess of Mars”), Frank Herbert (“Dune”), “Star Wars” (the good ones, IV-VI), and many Disney princess stories (even to the point of having our lead character as a maid), the Wachowskis’ nearly bore us with all the expository scenes whenever their is a lull in the action. And, believe it or not, the action becomes so redundant that it prompts one to check their watch or cell phone.

To be fair, the first five minutes is promising with Jupiter Jones narrating the story of her parents’ meeting and how she came into the world. All done with nuance in a nice sentimental fashion. From that point on everything is tossed like a stale salad into the garbage disposal. An inane mixture of preposterous and idiotic time waster. We watch Mila Kunis as Jupiter, cleaning toilets, taking out trash and cleaning up after other people and it all just seems as absurd as what is about to unfold. How can anyone that good looking appear so at ease cleaning toilets? And, she holds that toilet brush so dainty. It all feels so staged.

A battle of power within a galactic family reaches a peak when one of them sends a hunky dog boy (I know, he’s referred to as a genetically engineered half wolf/half human, but he more or less resemble a doberman) to fetch the reincarnation of their mother. My goodness, Mila Kunis is actually royalty, and she plays it with annoying wide-eye wonder. From there it’s one chase and double cross after another until somebody saves the Earth. I’m sorry, that all there is.

I like Mila Kunis. I can stare at the young woman all day, and she has proved time and time again that she can handle drama as well as comedy. But poor Mila is floundering in this debacle. She’s literally given the job of playing the timid heroine that sometimes gets a sudden urge to pose as Carrie Fisher’s Princess Leia.

Then there is Eddie Redmayne (“The Theory of Everything”) either whispering his near inaudible lines or screaming like a frightened drag queen. It’s an over-the-top performance that some may mistake as camp, but I think it’s just a very bad mistake. And, he’s not the only one coming out on the losing end. Channing Tatum as hunky dog boy is as bland as white bread with mayo. Tatum has the capability of being charming and funny, but he’s been hampered with taking the whole thing way too seriously. His flying boots are a fun distraction at first, but eventually wear out their welcome way too early into the film. The only one unscathed is Sean Bean, who gives us a better gravely Han Solo than Harrison Ford.

I’ve come to the conclusion that the Wachowskis are high concept people who spit out cool ideas, but can rarely successfully bring them to fruition. Somehow they have taken the very worst of the last “Matrix” movie and mixed it with all the groaningly bad futuristic scenes from their “Cloud Atlas” film and created something really neat to cater to eight-year-old boys. But then again, eight-year-olds may find some of the silly make-up effects, disastrous shape shifting vehicles and action sequences more tiresome than all of the Transformer movies put together. 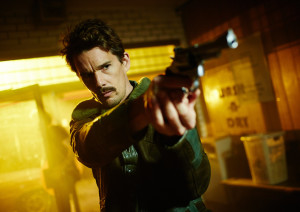 “Jupiter Ascending” is descending rapidly from the theaters, losing some of its IMAX power to “Fifty Shades of Grey” and “Focus”. So S&M beat the pants off of JA, and will probably hit the VOD and home video (DVD Blu-ray) market more sooner than later. At the same time, one can find far better entertainment value and true innovation in the Spierigs’ “Predestination”, with wonderful performances by Ethan Hawke and Sarah Snook at your nearest Redbox.

A time traveler is sent on several journeys to prevent a string of murders. In the interim, he meets a very special person with a unique story and offers the chance for that person to take control of the life they felt they lost. It may sound a bit vague, and it needs to so I don’t spoil this thought-provoking parable. 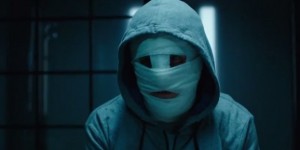 The Spierigs break the boundaries of linear storytelling to bring us a fascinating look into the complications that could arise from time traveling and the riddles that can forever puzzle us. This film is so carefully put together, and I cannot recommend it enough. It brings pleasant memories of riveting films like “Memento” and “The Machinist”.

The ingenuity that the filmmakers use to give us a story with characters we easily get wrapped up in is pure joy. The production is modest, but remains extremely professional and never takes away from the story itself. The entire production is first rate from cinematography to the engaging film score by Peter Spierig.

There is a running theme in this review, and that is “story”. No amount of CGI, make-up effects and set design can make up for a poorly written story. “Jupiter Ascending” and “Predestination” are on opposite ends of the spectrum of awful and great, and prove the point beautifully.

Have a gamer on your list? Don't want to gift them just another video game? We have a list packed with some of our favorite gaming accessories at https://geekgirlauthority.com! https://bit.ly/3nVDBWL

Do you have a gamer that slays it in #DeadbyDaylight on your list? http://Geekgirlauthority.com's gift guide is here to help you get the perfect gift for your friends in the Fog. https://bit.ly/316b3AP