When NASA retired the Space Shuttle program in 2011, I was among the many heartbroken. As a child, I dreamed of one day flying to space and it was watching NASA’s launches and re-entries that spurred on that dream. Though I would be unable to be an astronaut for health reasons (yes, I tried), I went into engineering with the hopes of one day being able to work on the shuttle or the next generation thereof. With the loss of the shuttle program, I momentarily felt my dreams shatter. Then I realized that, although NASA would no longer be flying their own vehicles to space, it didn’t mean we were done out among the stars. NASA would still be the command center, but it would be up to the private corporations to step in and do the dirty work. SpaceX, Boeing, Orbital ATK, and Sierra Nevada Corp (SNC) are among the companies that stepped up. Milestones have been hit in the six years since the last shuttle flight and this past weekend was another: SNC’s Dream Chaser successfully completed its Free-Flight test!

SNC is proud to announce the Dream Chaser® spacecraft had a successful free-flight test today @EdwardsAFB, with support of @NASAArmstrong. The Dream Chaser had a beautiful flight and landing! pic.twitter.com/lAn0n7FPsg

What is Dream Chaser?

Dream Chaser is SNC’s orbital vehicle line designed to be manned and ferry passengers, like astronauts, or run autonomously (unmanned), carrying scientific cargo from Earth to the International Space Station and back. The design is very reminiscent of the retired Shuttles, well, because it is modeled after them. The craft would be launched on an Atlas V rocket (or additional launching methods for the unmanned variant), dock with and restock the ISS, carry returning experiments and refuse from the ISS, and safely return to Earth. The vehicle is designed to be quickly refitted for its next mission, making it possible to do more, faster, than the Shuttle program ever could. 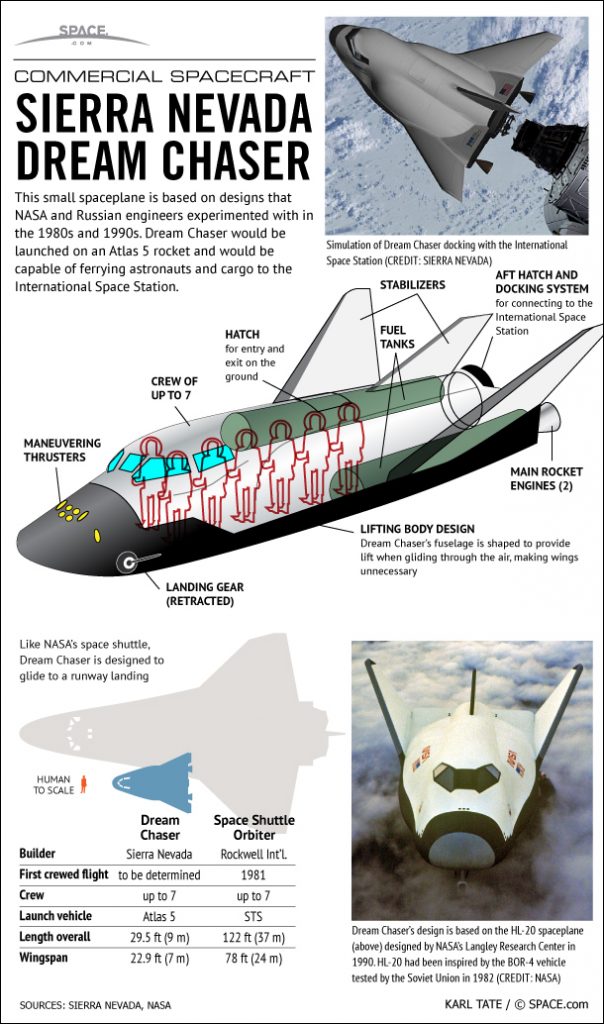 What is a Free-Flight test?

Famous space traveler Buzz Lightyear would describe a Free-Flight test as “falling, in style!” and he wouldn’t be wrong. For the Dream Chaser, the craft was lifted into the air by a Columbia Helicopters Model 234-UT Chinook and released at an altitude of 12,324 feet. The drop itself was the test, simulating the final leg of a re-entry flight, intending to verify the aerodynamic design of the spacecraft, the integrated systems performance, and landing capabilities. 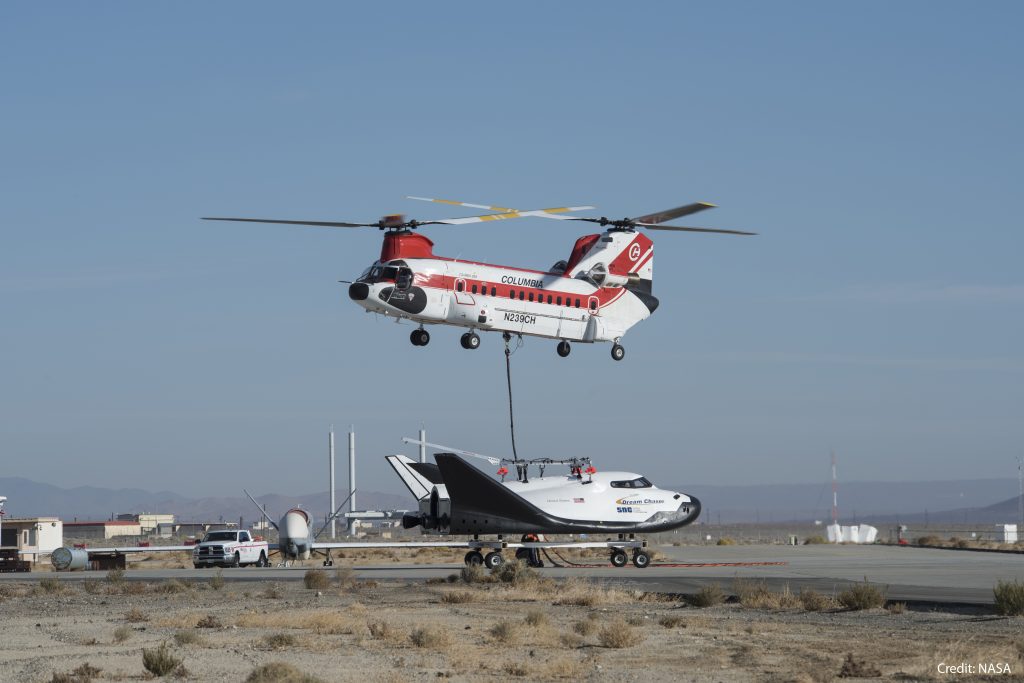 Why was this test so important?

This past weekend’s Free-Flight test was Dream Chaser’s second attempt at the free falling return. Back in October of 2013, the first test ended with a mechanical failure in the landing gear that resulted in only one wheel dropping, flipping and damaging the spacecraft.

SNC’s Space System business segment corporate vice president, Mark Sirangelo, remarked that this test met the final milestone of their NASA Commercial Crew Integrated Capabilities (CCiCap) agreement and met Milestone 5 of the Commercial Resupply Services (CRS2) contract, which would move the spacecraft on to the next step: orbital flight. 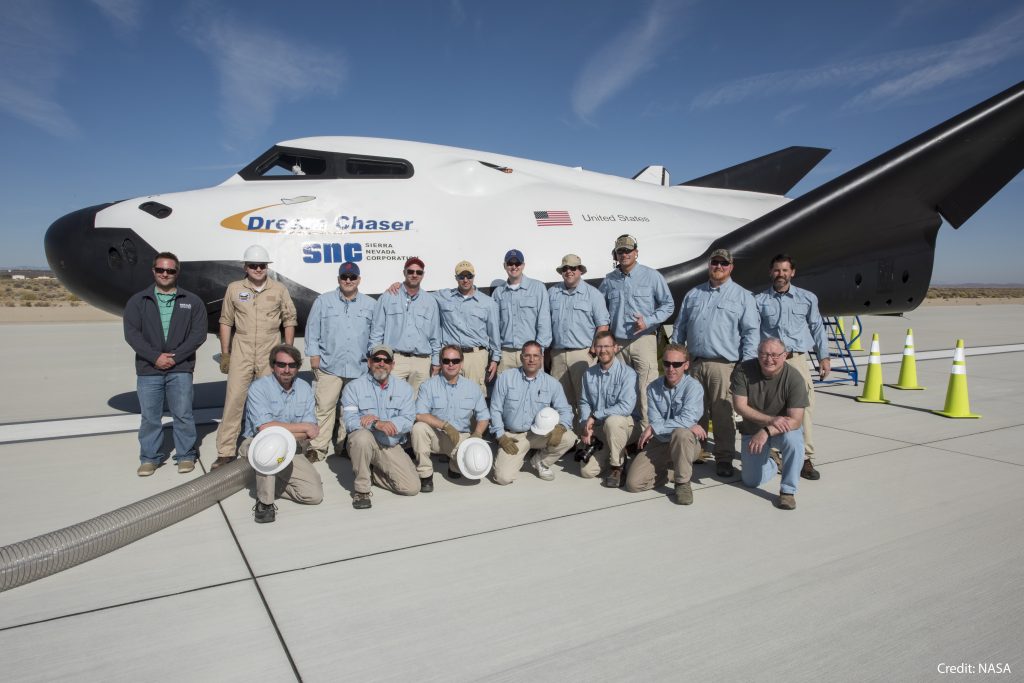 What was the test result?

The most notable result is that the Dream Chaser survived! The vehicle reached a top speed of 330 miles per hour and glided for approximately 60 seconds (one whole minute!) before landing at 191 miles per hour.  Dream Chaser followed the same flight path it would take upon re-entry, landing autonomously at Edwards Air Force Base in California – this means the data collected from the test would mirror as closely as possible an actual re-entry flight and provide a more realistic analysis of the spacecraft’s performance capabilities. The runway is also very similar to the one at the Kennedy Space Center Shuttle Landing Facility, which will be used for landing during CRS2 flights. 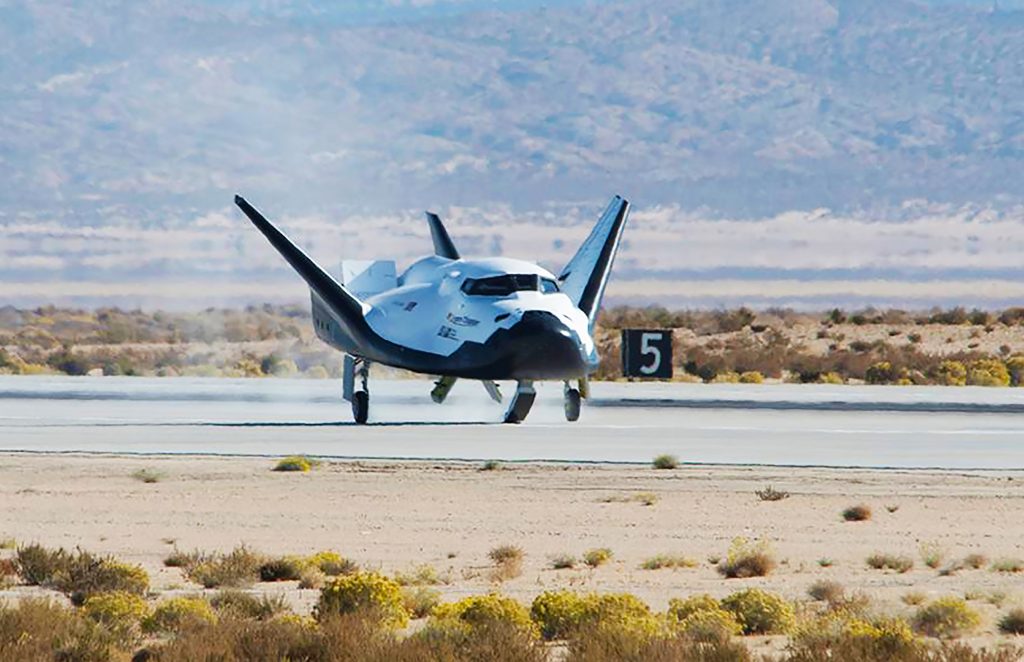 Watch the test below!

Wonder what the test looks like? NASA and SNC provided a silent two and a half minute video and you can watch below as the spacecraft is lifted, plummets, levels out, and lands!

Are you excited for the prospect of future space travel and exploration? Will you be one of the next generations of astronauts or space craft designers? Whatever your dreams and aspirations, never give up. One day, we hope to be writing about you.

Waverly and Nicole have a bachelorette party with a magical twist in the delightful midseason premiere of Wynonna Earp! Check out our recap!

Waverly and Nicole have a bachelorette party with a magical twist in the delightful midseason premiere of Wynonna Earp! Check out our recap!