Day three of Dragon Con 2017 opened on a somewhat sleepy vibe. After all, the notorious party con is known for its late nights. It is in these potentially challenging conditions that the Eleventh Doctor himself, Matt Smith gave his second panel of the weekend to a once again sold out room.

Smith came out to giddy applause from the room packed with young, excited Whovians. A number of attendees cosplayed Doctor Who, quite a few of them tackling the Eleventh Doctor himself.

RELATED: Check out the rest of our Dragon Con 2017 coverage, here. 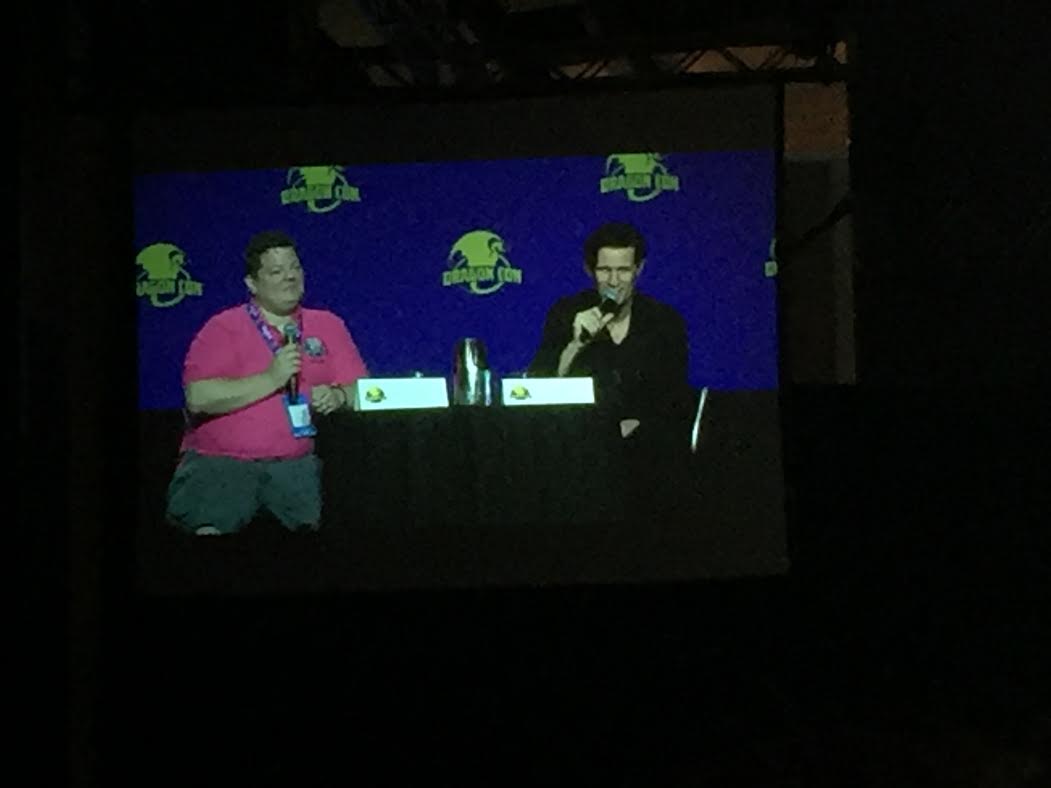 As to be expected, Smith’s role in Doctor Who dominated the Q&A. Everything about Smith’s two full series with the show was up for grabs, with attendees clamoring for all the information they could get.

Obviously, a big topic of interest is the upcoming debut of Jodie Whittaker as the Thirteenth Doctor, as well as the change in show runners as Steven Moffat passes off to Chris Chibnall:

Jodie is going to be brilliant. It’s exactly what the show needs. She’s such a brilliant actress and such a nice person. I’m really excited. She’s from the north of England and there’s a certain earthiness to her… She’s really funny, and it’s exactly what the Doctor needs…

Smith reflected briefly on when he first landed the role, and the moments that forever changed his acting career. With each new Doctor comes a similar casting search, and millions of fans waiting on the edge of their seats to learn the new performer’s identity.

Nothing prepares you for that. I was on the street, and my agent rang me to have a meal with Steven Moffatt and the BBC… It’s so engrained in the cultural environment of Britain… I couldn’t tell anyone for four or five months. It was quite strange… I felt quite smug.

Smith (as well as other Doctors) have spoken about the enforced silence which inevitably follows casting. Smith mentioned having to do press for another role during this period, which made the months particularly trying. However, when looking back on the life-changing job, Smith sounded gracious: “It’s the most wonderful job. It takes two weeks to film an episode and you have a new environment to explore. It’s always changing and expanding… It’s really wonderful.”

He reflected fondly on his time with the show, speaking about the strength of Steven Moffat’s writing, and the bond he shares with fellow performers Karen Gillan and Arthur Darvill. When an attendee asked about pranks the actors played on set, Smith mentioned that Gillan is quite jumpy. He reportedly scared her to the point of tears when he jumped out at her from a shower. He also reflected on a game they played with new cast members, where they would make awkward hand contact (entirely appropriate, of course). The running joke would be, the existing cast would not acknowledge the contact until the newbie said something.

A cute moment came midway through the panel when a young attendee referred to a moment during the Alex Kingston panel the previous day. Apparently, when asked how she would rate Smith as a Doctor from 1-10, Kingston gave him a 0.5. Upon hearing this, Smith’s gave a playful response, “I’m a 0.75 at least…”. This also started a ongoing joke which continued through the entire panel. When asked his favorite companion, Smith smirked as he responded, “Certainly not River”. However, he continued: “If I could travel with one, it would be Rose. She (Billie Piper) is an amazing woman. She’s a total rockstar. She’s the best”.

The panel shifted as Smith opened up with a witty observation the trials of fame and convention life:

What’s nerve wracking is when you sign people’s bodies (before they) get them tattooed. I once met someone who had me on her left leg, and David on her right leg. I mean, it’s a struggle for me to wake up with my face every morning…

Finally, Smith opened up about his personal geekiness. He admitted to doodling during panels, apparently it’s his outlet for too much nervous anxiety. Smith spoke about being a music fan, happily reminiscing about a recent trip to Glastonbury. He also cited Game of Thrones as being one of his latest obsessions. When asked about his favorite villains in popular culture, his response showed fascinating depth, “I love the Joker, the Master, Javier Bardem in No Country for Old Men… and the Child Catcher in Chitty Chitty Bang Bang”. It seems, even the Doctor is just a fan.

Smith’s panel felt fun and relaxed, even at the early hour of the morning. His responses were interesting and often insightful, definitely making special moments for hundreds of his young fans watching in the audience.