John Barrowman is known across the world of pop culture conventions for giving one heck of a show. In fact, one can even begin to call his panels legendary. It certainly seemed that way at Dragon Con 2017. As day two neared its midway point, the line for the panel extended outside the Atlanta Hilton, and wrapped completely around the building.

The panel opened in spectacular fashion as Barrowman burst on stage to the tune of the 1970s Wonder Woman theme song. The actor’s energy radiated from the stage, even reaching the cheap seats way in the back of the 2000 seat auditorium. He ran around, spun, and leapt, seeming beyond thrilled to be on stage. He turned to face the audience, “This is to celebrate the rise of girl power in the superhero fandom!”.

Related: Check out the rest of our Dragon Con 2017 coverage, here. 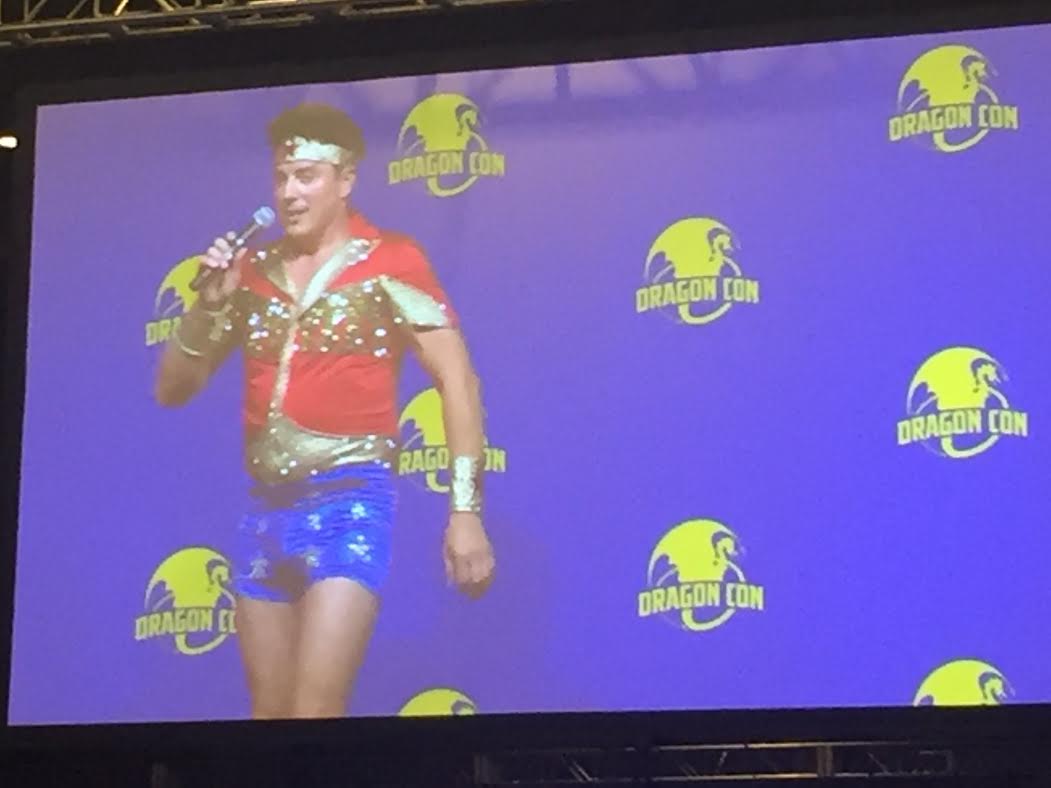 The show featured plenty of fan interaction during the almost 90 minute panel. Barrowman completely facilitated everything, running things without a moderator. At one moment, Barrowman called up all the Captain Jack cosplayers to the stage. The actor graciously went down the line, speaking with each of the nervous people, before loudly proclaiming it a “Jack off”. Later, he called up all the kilt wearing attendees to the stage. A giddy Barrowman playfully sprawled out on the stage as the men walked over him. He let out a playful shriek as one of the men took off his underwear before he stepped over him.

The subject of Doctor Who came up frequently during the panel. Barrowman turned to the audience, “Can you imagine? Captain Jack and a lady?”. Barrowman appeared hopeful at the potential changes coming under new show runner Chris Chibnall. A veteran writer in the Doctor Who franchise, Chibnall also worked extensively on Torchwood. While these remain only hypotheticals and desires, fans were giddy at the thought of a potential return.

Barrowman showed his typical outrageousness as a young attendee asked which Doctor he would travel with if he had his choice, “I’ve already traveled with the best there is, David Tennant…. Though I do have a partial liking to Matt Smith when he hugs me. 100% on David Ten-inch though…”.

However, Barrowman also demonstrated the positivity and acceptance his panels are known for. At one point, a teacher stood up to ask a question. Identifying as trans in her intro, she asked Barrowman how she can support her middle school students who might be struggling with their sexual orientation or gender identity. Barrowman was realistic in his response; however, he encouraged her to live truthfully with her partner and to believe their chosen lifestyle is happy and “normal”. Just seeing this can give students the support they might need. Earlier, another attendee asked what Barrowman would do with the “Spear of Destiny”. Barrowman seemed legitimately stumped by the question, but quickly formulated an answer. He wouldn’t be president, “Eat your heart out, Melania!”. Rather, he emphasized the need to eliminate prejudice, racism and simply promoting people to accept and love who they are. 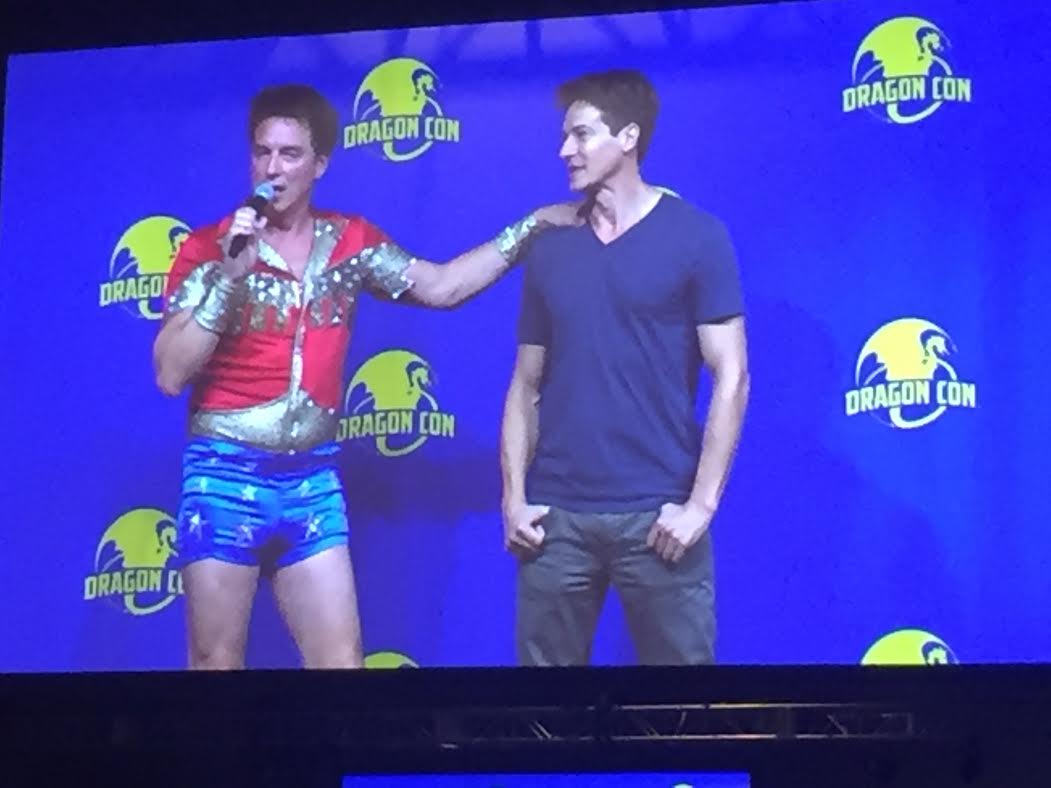 Fans and followers of Barrowman on social media will recognize all the facets of his life, which he routinely injects into his panels. There’s his adorable husband Scott, his sister Carole, his parents and his “Asian bi&ch Kelsey”. He chuckled as he bought Kelsey on stage, “It’s okay. What do you call me?” She smirked, “My big, gay dad!”. Through his use of social media and his panels, Barrowman allows his fans into (some semblance of) his life. In a sweet moment, Barrowman pulled a nervous looking Scott on-stage with him. He preceded to tell how Scott is a pilot; however, John won’t fly with him. If people saw him drive, they would understand.

As the panel came to a close, Barrowman thrilled audiences with a fun rendition of Copacabana.

While the line for Barrowman’s Dragon Con 2017 panel was intimidating to say the least, the talented performer makes the wait absolutely worth it. He seems to genuinely love his fans, and absolutely thrives in the environment of a panel. He’s a consummate showman and keeps the audience riveted whenever he’s on the stage. If you have an opportunity to catch one of Barrowman’s panels, definitely do it.

Stay tuned for for more of Geek Girl Authority’s coverage of Dragon Con 2017.