OK, movie’s over. Now what?

Much has been made of the silent credits at the end of “American Sniper”. Pretty bold, muted-“24”-countdown-clock-type move to let you stew on the tragedy of “Sniper”’s plot finale. In fact, that kind of ending gets your attention more than blaring any kind of song at you. At least the silence keeps you in the world of the movie.

I’m of the opinion that the least effective way to send people out of your film is not allowing the music that carried the film to finish the job. Imagine “American Sniper” wrapping up and then we’re treated to a new Kelly Clarkson song. Shoot me. Like, sniper-shoot me.

All genres are subject to this. Some more examples: 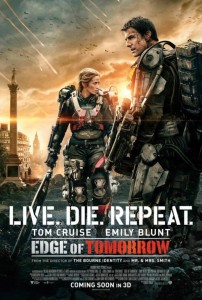 – “Edge of Tomorrow”. One of my favorite films of last year takes a sharp 180º turn when the story is over. The science fiction thriller suddenly and inexplicably goes dance party with an end credits song by John Newman called “Love Me Again”. A LOT goes on in “Edge of Tomorrow”. We need the breathing room to take it all in, but they must’ve paid big bucks for the song and they were damned if you were going to leave the theater before you heard it. 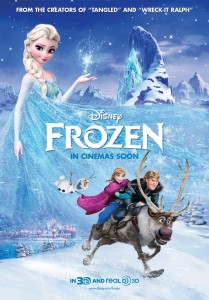 – “Frozen”. “Let it Go” became the biggest song of the year, and perhaps the biggest song of the last five or ten years, rivaling “Call Me Maybe”. We shouldn’t forget, however, that it won an Oscar because of how well it works in the movie. It establishes Elsa’s change from meek and hurt to boisterous and dangerous, and it has all the grandeur of a Broadway show-stopper. If you were like no one, you were probably saying to yourself, “I wonder what that song would sound like if the singer were backed by a computer instead of Broadway training?”.

Question answered in “Frozen”’s end credits as Demi Lovato steps in to water down the powerful anthem and turn it into a gooey pop song. Re-visiting a movie song is a Disney end credits tradition dating back to when people knew who Peabo Bryson was. But when Celine Dion took a stab at “Beauty and the Beast”, it retained some of the (for lack of a better Disney word) ‘magic’ of the in-film version of the tune. The hyper-produced end credits version of “Let it Go” comes off as way too aggressive after the film’s sweet finale, and Lovato warble-whines like all the pop stars of today who sing a hundred notes when three will do. 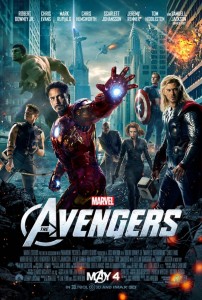 – “Marvel’s The Avengers”. I love Soundgarden as much as any child of the grunge era should, but “Live to Rise” is not their finest hour. That being said, a rock song is not entirely out of place in an Avengers movie. In fact, I would expect Tony Stark to frequently be listening to hard rock, but with no other rock song in the film, it’s a shame that one of Soundgarden’s lamest songs is the only one we get. Weirder still is the thirteen-track album “Avengers Assemble (Music from and inspired by the Motion Picture)”, which featured “Live to Rise” and TWELVE songs not in the film. Again, weird. 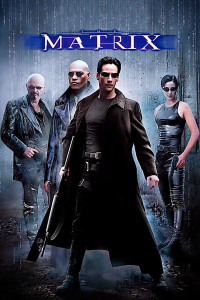 Here’s where end credits music had its best effect. Ever: “The Matrix”.

First of all, using a band CALLED Rage Against the Machine to close out your movie about people raging against machines is a stroke of brilliance meeting synergy. RATM’s song “Wake Up” was used in colossal fashion as a coda where Neo tells the machines of The Matrix that he’s coming for them, right before he FLIES. He flies! Are you kidding me?!? And the music swells and the credits jump in and the whole thing is a real send-off to a fantastic, original movie. Not to mention that a few minutes into the song Zach de la rocha starts screaming “Waaaake Uuuuuup!!!!”, as if to drive the movie’s plot home that you’re all asleep, you’re all in a matrix out of your control. Right to the END of the film, the music is playing along.

Too many films pre-“Matrix” used the end credits as a showcase for all the songs they wanted to include in the soundtrack. Often the credits would literally be a montage of six to eight songs that had no business being in a movie, but would fill up a soundtrack nicely, and net the studio millions of extra bucks. 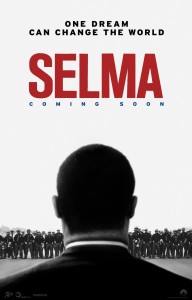 One of the finer Academy Award speeches of Oscar night was given by John Legend and Common, winners for “Glory” from the film “Selma” – Powerful song, powerful performance.

“Glory” was in the end credits, not even in a post-script segment that intercut the film with real-life footage of the Selma events of the 1960s. Another song was used there. “Glory” finally shows up, not as an integral part of the story of “Selma”, but at the very end. I’ve always thought songs should win Oscars that mean something to the story – “Falling Slowly” and even “It’s Hard Out Here for a Pimp”. So how does “Glory” win, when it doesn’t even come in until the very end of the film and it brings a rap to it that it clearly out of place in a film about the 1960s?

It finally dawned on my what “Glory” was up to. It’s a bridge to the present, with it’s Ferguson references and declaration that “Selma’s now”. Very clever, movie, using the part of the film where you’re not supposed to be paying attention to sneak in one last message on par with your story.

The credits can mean something. Don’t waste ‘em. If your movie’s good, I’m in no hurry to go anywhere.