Home » Stuff We Like » DOCTOR WHO: How a Mad Man with a Box Became My Beacon of Hope

DOCTOR WHO: How a Mad Man with a Box Became My Beacon of Hope

“I am and always will be the optimist – the hoper of far flung hopes and the dreamer of improbable dreams.” Eleventh Doctor (Series 6, Episode 6 “The Almost People”)

One of my favorite quotes of all time. It’s so cherished that I’m toying with the idea of getting some variation of it permanently inked on my body. The words perfectly encapsulate who I try to be as a person. Someone who sees the glass as half full and consistently dreams of the seemingly impossible. A life mantra of sorts. But I was not always this way.

Unfortunately, depression isn’t something you just “get over.” Like, “Wow, thankfully I jumped that hoop. Now it’s in my rear view mirror and I’ll never have to jump it again.” Not how it works. I’m a deeply creative person by nature – it’s in my blood. The best way for me to juggle my hefty and oftentimes drastically varied emotions is to channel them in creative ways. Writing, drawing, singing, music, acting. Even watching TV.

The above quote is from a little sci-fi show called Doctor Who, a show that’s resonated with its viewers for 54 years. It’s almost as old as my dad (please don’t tell him that). Some may view television in this genre as mere escapism. I’ve learned more life lessons from Doctor Who than any non-genre show I’ve watched. Received inspiring messages of wisdom when I’ve felt bereft of it. To me, it’s more than a silly program about a time traveler with a blue box. It’s a show about hope. 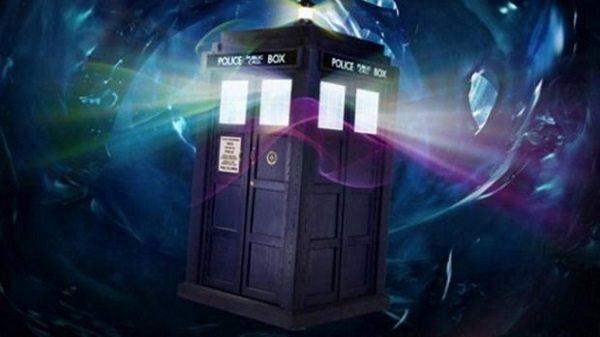 Regardless if the Doctor and his friends were surrounded by humans or if they were fighting against the Daleks, he taught them to always retain their humanity. Show love amid hate. And boy, could we all use a heaping dose of that mentality now. He is the most feared man in all of time and space. Our Doctor is a man of war, who willfully resists violence as much as his Gallifreyan DNA will allow.

The Doctor is fascinated by human emotion. However, in some of his forms he seems almost repelled by it (I’m looking at you, Twelve). However, his two hearts possess the capacity to feel more than our singular hearts ever can. He also believes books are more powerful as weapons than anything that can inflict harm. Knowledge is true power. Many view him as a superhero, even though he actively elevates others over himself. The Doctor insists he battles demons just like your average Jane or Joe. In fact, the flaws of The Doctor has been a heavy theme in recent seasons.

“You don’t just give up…you make a stand…you say no! You have the guts to do what’s right, even when everyone else just runs away.” Rose Tyler (Season 1, Episode 13 “The Parting of the Ways”)

When I was entrenched in an emotional gutter, clambering with what little strength I had to escape, the Doctor was there with words of wisdom. He was also there to proffer a swift kick in the ass if necessary (and it usually was). His many companions also provided encouraging words when I needed them most. To never give up, even if the odds are stacked against you. That real courage is standing your ground despite your fear. Those moments where the Doctor admitted his fears were some of my favorites – it revealed a layer of humanity beneath the alien. I could take comfort in knowing even a powerful, immortal time traveler can feel frightened of the unknown.

Our Doctor has a penchant for providing perspective to any situation. Yes, shitty things happen, but life is also filled with wonderful things to outweigh said shitty things. That was a test to see how many times I could use the word “things” in a sentence. My record is currently at three. Anyway, the glass is always half full with our favorite Gallifreyan. No matter how awful the situation is, he has the ability to focus on the positive. He’s no Negative Nancy. Well, Twelve sometimes suffers from Stick in the Mud Syndrome (SMS), but that’s one of the reasons why I like him so much. I have a soft spot for curmudgeons.

“When you’re a kid, they tell you it’s all, ‘Grow up. Get a job…get married…get a house. Have a kid.’ And that’s it. But the truth is the world is so much stranger than that. It’s so much darker…and so much madder…and so much better.” Elton Pope (Season 2, Episode 10 “Love & Monsters”)

Doctor Who always encouraged me to have a sense of adventure, that life doesn’t have to be a list of rules to follow. The Doctor himself always persuaded his companions to join him on his adventures with that logic. When you have all of time and space at your fingertips, why not encourage others to experience the fun in tandem? The Doctor understood the transience of human life, and how important it is to make the most of our short time on Earth. Throw caution to the wind. Worries be damned. He genuinely wanted his friends to enjoy life.

In short, Doctor Who threw down a rope ladder and hoisted me out of a canyon when I was certain my depression would swallow me whole. The Doctor invited me on his adventures in the TARDIS. We traveled to the past, to the beginning of civilization. We sped through the future, to the end of time itself. The Doctor made me laugh through the tears and gave me a shoulder to cry on. He also doled out the tough love when I needed it most. Encouragement is woven into his two hearts and hope the very fabric of his being. He taught me how to live life to the fullest. He reminded me of my strength when I thought I lacked it. No other show or fictional character has impacted me the way Doctor Who has, and I’m sure many others feel the same.

Now, my time traveling friends, I leave you with one last quote. This might be the most important life lesson The Doctor has ever imparted. 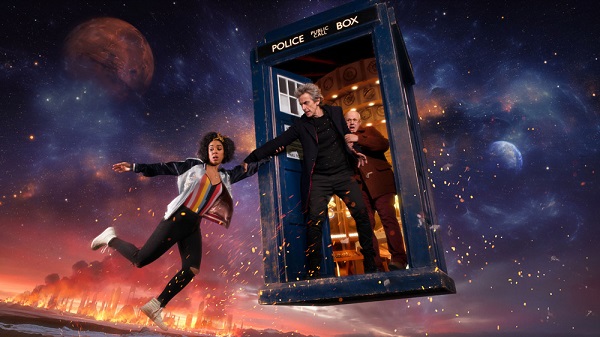