Home » Stuff We Like » DOCTOR WHO: 12 Motivational Quotes from 12 Time Lords

Friends, everything is terrible right now. Have you found yourself turning on the news, waiting with baited breath for the latest and seemingly inevitable tragedy to flash across your screen? Sometimes it’s overwhelming, suffocating even, being surrounded by so much pain. From natural disasters to social injustices, from political unrest to government suppression, the entire planet known as Earth is going bonkers. However, not all is lost. As humans we all must unite under the weight of said tragedy and trudge forward. Down, but not out. Battles may have been lost, but we will surely win the war. In times of darkness, I find myself gravitating toward a source of immense comfort: Doctor Who.

Yes, Doctor Who. That little sci-fi program about an alien from Gallifrey who travels through time and space, saving as many beings as he can. Throughout the years, the multiple iterations of our favorite Time Lord have provided words of wisdom and comfort to so many – myself included. And since the world is in shambles at the moment, I’ve compiled a list of quotes. Quotes to give hope, quotes to dole out wisdom. Words to live by.

Now, there are twelve quotes listed. One for each Doctor. Inspiration from every incarnation of The Mad Man in the Blue Box. My hope is they give you solace, and motivate you to be the light in the darkness.

1. When everything seems lost:

“Always search for the truth. My truth is in the stars and yours is here.” First Doctor (The Daleks, Season 2 Episode 5)

2. A reminder to fight for what’s right:

“There are some corners of the universe which have bred the most terrible things. Things which act against everything we believe in. They must be fought.” Second Doctor (The Moonbase, Season 4)

3. Finding courage in the face of fear:

“Courage isn’t just a matter of not being frightened, you know. It’s being afraid and doing what you have to do anyway.” Third Doctor (Planet of the Daleks, Season 10)

4. We are stronger than we think:

“Homo sapiens. What an inventive, invincible species. It’s only a few million years since they crawled up out of the mud and learned to walk. Puny, defenseless bipeds. They’ve survived flood, famine and plague. They’ve survived cosmic wars and holocausts. And now, here they are, out among the stars, waiting to begin a new life. Ready to outsit eternity. They’re indomitable. Indomitable.” Fourth Doctor (The Ark in Space, Season 12) 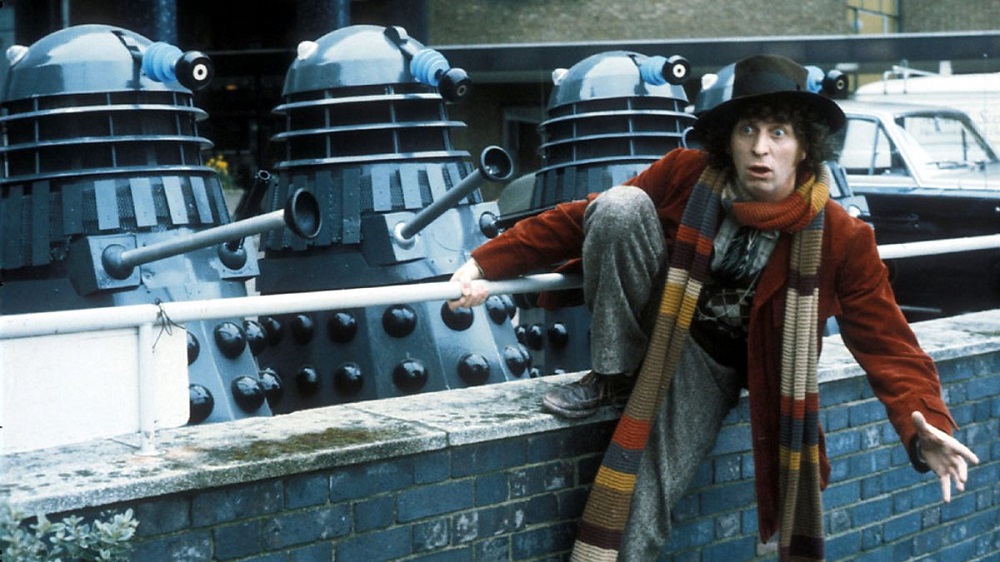 Always hanging around Daleks, that one.

5. Take pleasure in the little things:

“For some people, small, beautiful events are what life is all about!” Fifth Doctor (Earthshock, Season 19)

6. A reminder that nothing lasts forever (which can be a good thing):

“Planets come and go. Stars perish. Matter disperses, coalesces, forms into other patterns, other worlds. Nothing can be eternal.” Sixth Doctor (The Trial of a Time Lord, Season 23)

7. For when it’s time to get your hands dirty:

“There are worlds out there where the sky is burning, and the sea’s asleep, and the rivers dream. People made of smoke and cities made of song. Somewhere there’s danger, somewhere there’s injustice, and somewhere else the tea’s getting cold. Come on, Ace. We’ve got work to do.” Seventh Doctor (Survival, Season 26)

8. When you need words of encouragement:

“But it was a childish dream that made you a doctor. You dreamt you could hold back death. Isn’t that true? Don’t be sad, Grace. You’ll do great things.” Eighth Doctor (Doctor Who, 1996 Film)

RELATED: DOCTOR WHO: How a Mad Man with a Box Became My Beacon of Hope

9. Time for some tough love:

“Ricky, let me tell you something about the human race. You put a mysterious blue box slap-bang in the middle of town, what do they do? Walk past it. Now, stop your nagging. Let’s go and explore.” Ninth Doctor (Boom Town, Season 1 Episode 11) 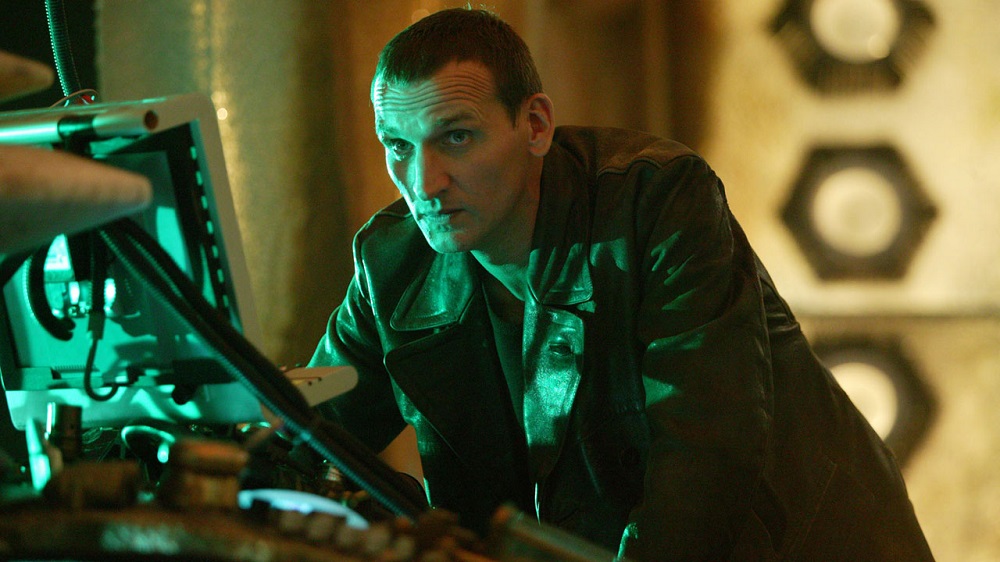 “Some people live more in twenty years than others do in eighty. It’s not the time that matters, it’s the person.” Tenth Doctor (The Lazarus Experiment, Season 3 Episode 6)

“I am and always will be the optimist. The hoper of far-flung hopes and the dreamer of improbable dreams.” Eleventh Doctor (The Almost People, Season 6 Episode 6)

12. Do the right thing, despite the obstacles:

“I do what I do because it’s right! Because it’s decent! And above all, it’s kind! It’s just that. Just kind. If I run away today, good people will die. If I stand and fight, some of them might live – maybe not many, maybe not for long. Hey, maybe there’s no point in any of this at all, but it’s the best I can do. So I’m going to do it, and I will stand here doing it until it kills me…what would you die for? Who I am is where I stand. Where I stand is where I fall. Stand with me. These people are terrified. Maybe we can help a little. Why not, just at the end, just be kind?” Twelfth Doctor (The Doctor Falls, Season 10 Episode 12)

Bonus Quote – remembering how one’s character is strengthened through times of trouble:

“Great men are forged in fire. It is the privilege of lesser men to light the flame. Whatever the cost.” War Doctor (The Day of the Doctor, 50th Anniversary Special) 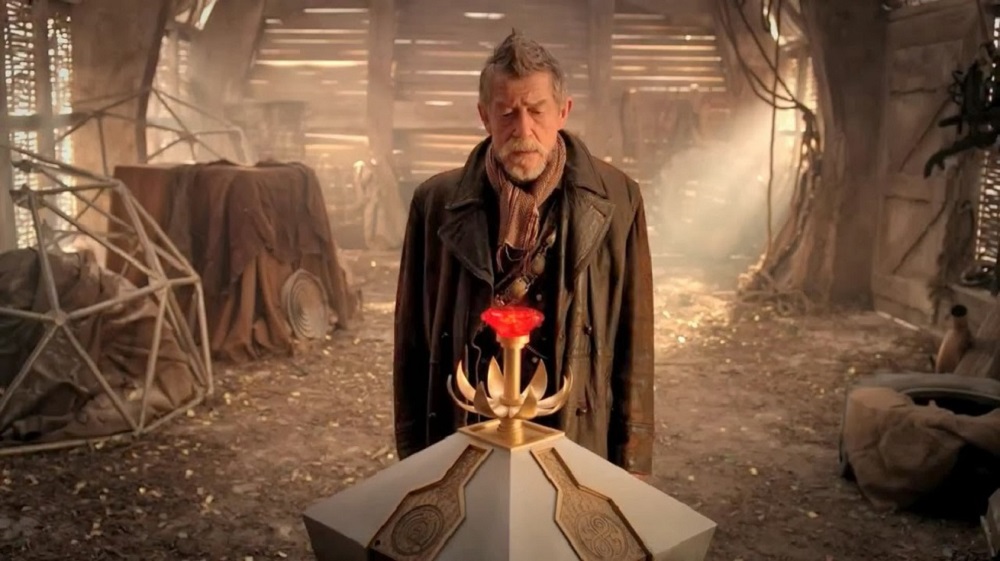 The late and great John Hurt, playing the best of them all. We miss you so.

There you have it, Whovians. Our favorite Time Lord has inspired us for over 50 years. May The Doctor continue to help us heal in times of tragedy, and light our path as we emerge from the dark. I can’t wait to see what wisdom the Thirteenth Doctor has to impart. Have any favorite Doctor Who quotes? Leave them in the comments below!