Doctor Strange, Hulk, Iron Man and Wong All Spotted Together on Set for AVENGERS: INFINITY WAR

You didn’t know just how excited you were to see Robert Downey, Jr. as Iron Man, Benedict Wong as Wong, Mark Ruffalo as Bruce Banner and Benedict Cumberbatch as Doctor Strange on the set of Avengers: Infinity War — until now. Now that you’ve seen this, you’ve just realized that you’ve wanted this for so so long and now that you have it, you want more.

Right? That’s what happened to you, right?

These pictures come to us courtesy of the Associated Press, via Variety, and they show the four stars of Infinity War surveying the damage wrought by Thanos coming to Earth. Since we do not own the copyright on these pictures, we encourage you to check out the gallery, embedded below.

In them, we see Wong as Wong as well as Cumberbatch dressed in full gear — including his Cloak of Levitation and the Eye of Agamotto. This seems pretty telling, as the Eye of Agamotto holds the Time Infinity Stone within it. If he’s wearing the relic, that would seem to imply that Doctor Strange, at least right now, still possesses that particular relic. Though, it’s entirely possible that he’s already lost it and the Eye still has other powers, or that he hasn’t lost it at the time of this photo.

Who knows? Other than, you know, the people on set. 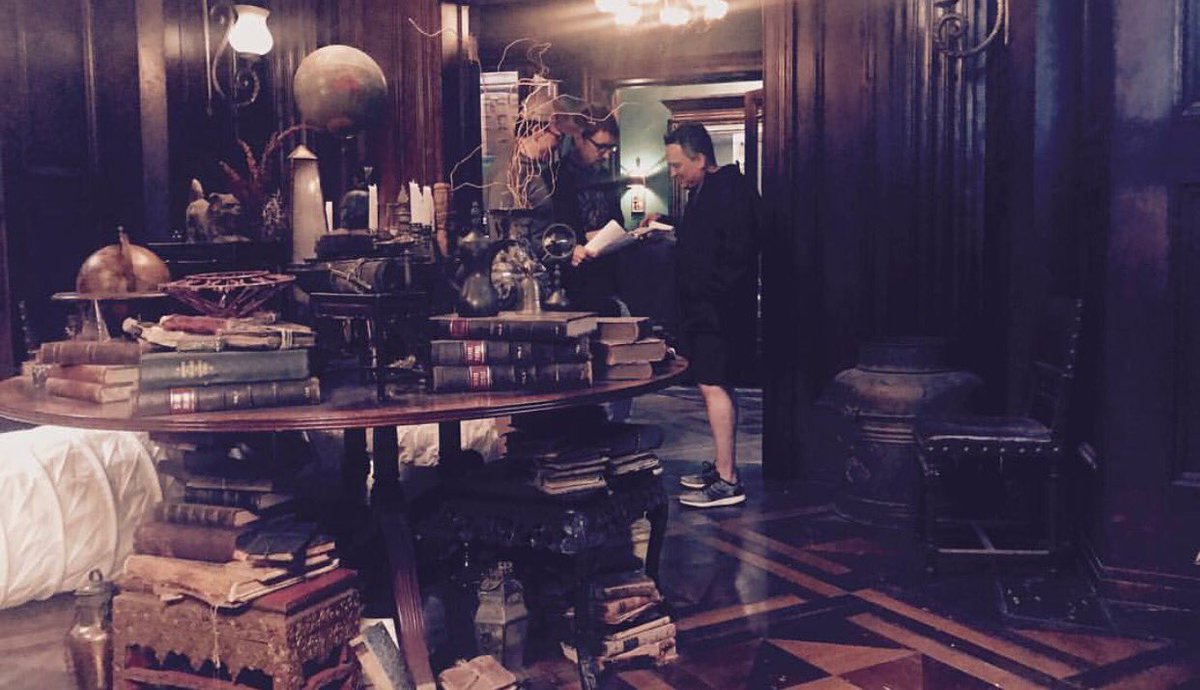 Interestingly, it’s also unclear what exactly Tony Stark, as played by Robert Downey, Jr., is wearing. We vacillate between three possibilities: this is just some strange wardrobe choice for Stark, it’s a motion capture suit the likes of which we’ve not seen before or it’s somehow a piece of the new Iron Man suit.

Finally, we also see Mark Ruffalo as Bruce Banner, but he’s not Hulk here, nor is he in motion capture suit, so it’s likely we’ll just see puny Banner with these three Avengers.

What exactly is happening here and what this intrepid team of powerful heroes are discussing is not clear here — we’ll just have to wait until the movie hits theatres next May!