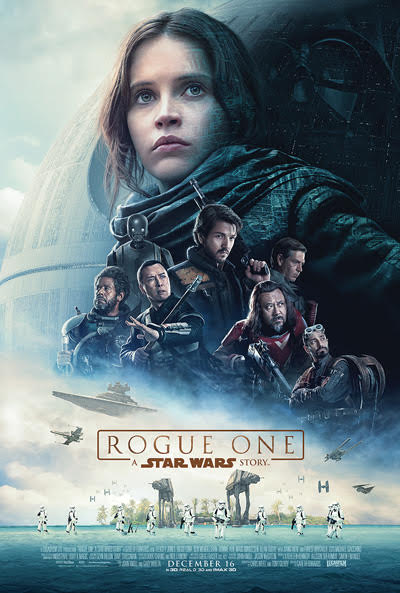 Tonight’s the night that at a private event at Walt Disney World Epcot resort will be hosting a special Star Wars celebration. In honor of the upcoming release of Lucas Film’s Rogue One: A Star Wars Story, digital projection mapping will be displayed on the surface of Spaceship Earth and it will be transformed into the one and only Death Star (cue the Imperial March).

At 10:25pm EST you can tune in to the Disney Parks Blog and watch it all live. It is also expected that exciting announcements about current and upcoming Star Wars experiences at Disney’s Hollywood Studios will be made tonight during that broadcast. Stay tuned here or on one of Geek Girl Authority’s social media channels for any breaking news.

Less than one month ago at the D23 Destination D presentation Disney made announcements in regards to the expansions that the Star Wars universe will have within their parks in Orlando, Florida. The 14 acre expansion is the largest expansion in Disney history and is expected to widen the scope of Disney’s representation of the Star Wars franchise with in the Parks.

Read all about the announcements in our posts:

Rogue One: A Star Wars Story is the eighth film in the Star Wars franchise. It will be released on December 16th, 2016 nationwide.

Follow me
Angie Rumpf
Contributor at Geek Girl Authority
I am a Wife and Disney obsessed Mom of three by day and by night I am a Wife, Disney obsessed Mom of three who also squeezes in the titles of "Writer", "Content Creator", "Producer", "Brand Ambassador", and "Blogger". Crazy times, but I love to create and communicate what I am passionate about.

Follow me
Latest posts by Angie Rumpf (see all)

I am the creator of ThisIsTheMotherhood.com, DisneyParentsGuide.com, and Plum Picker Productions. I am also the co-creator of 3 awesome kids.