Director Taika Waititi Talks About the Importance of Gender Inclusivity in Thor: Ragnarok! 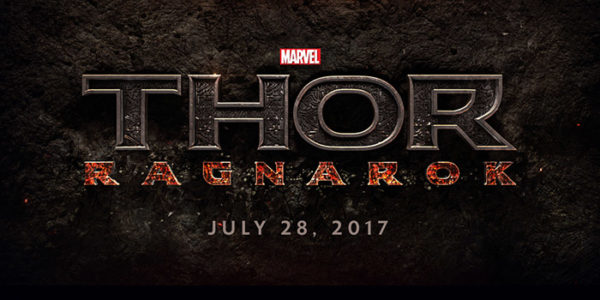 Thor: Ragnarok, the third film in the franchise about Norse gods and their protection of Earth, or Midgard, sees some inventive casting moves and character choices that should help to increase both racial and gender inclusiveness. 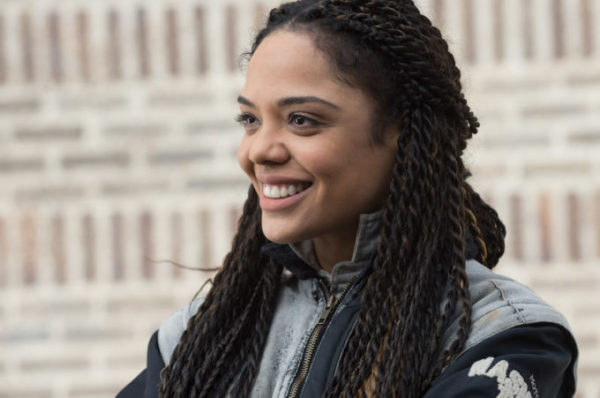 We’ve got Tessa Thompson, who you might remember as the female lead in Creed, is playing Valkyrie, who is a Viking heroine with blonde hair and fair skin, very much resembling a traditionally Scandinavian woman. 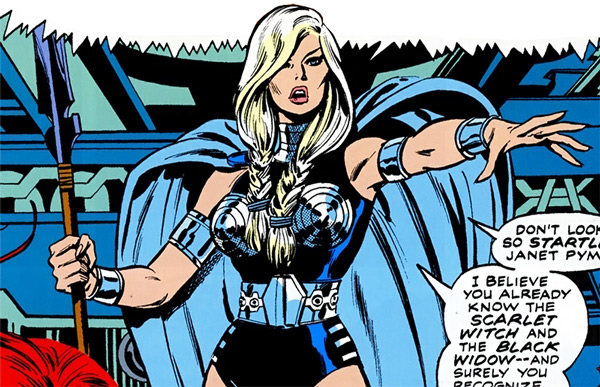 If the rumors are true for her character, the Valkyrie of this film will be more tribal in her appearance and portrayal, a total departure from the comics, but a necessary reinterpretation that creatively leans into the recognition for increased inclusivity. 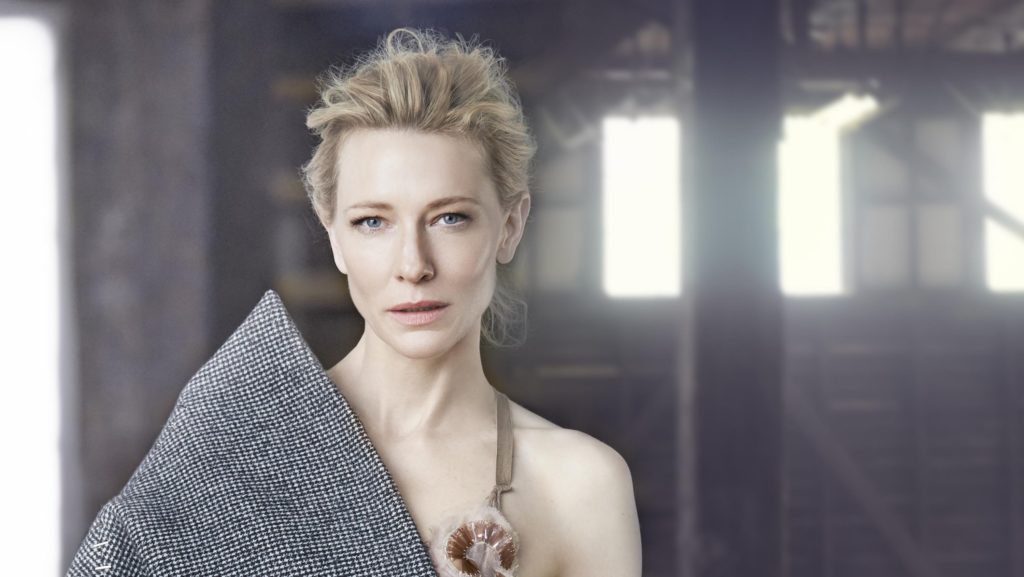 We’ve also got Cate Blanchett playing Hela, the powerful goddess of the realm of the dead, called Niffleheim, a cold realm where the soul-eating serpent Nidhogg resides. 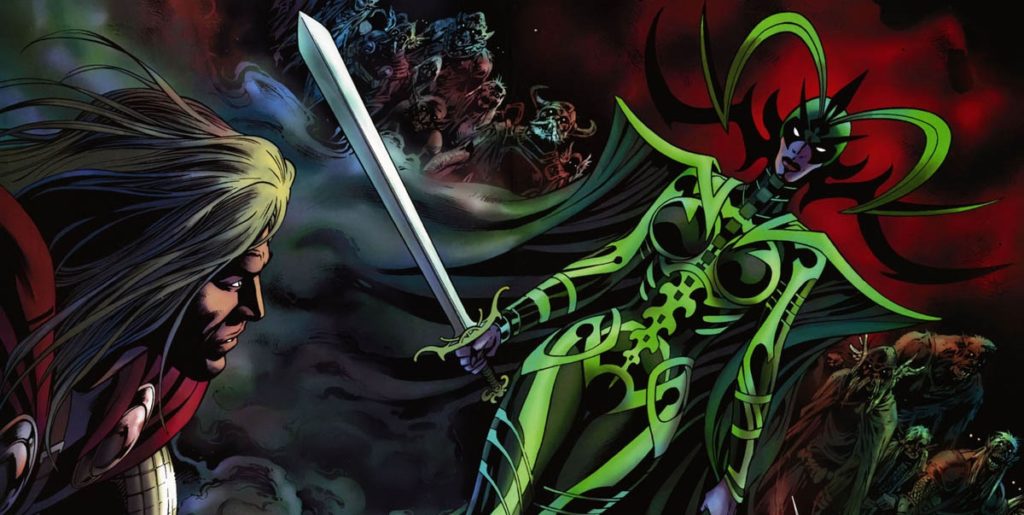 What makes this choice interesting to us isn’t necessarily Cate Blanchett, but the character choice of Hela, who, in the comics, typically doesn’t sully herself with the affairs of Asgard. The more obvious female character choice for a Thor film, and one many were crying out for, was The Enchantress, a powerful sorceress who’s madly in love with Thor and always doing whatever she can to force his attention on her.

Enchantress, as powerful as she might be, is still based on a template strongly rooted in overly-sexualized male fantasies. Again, that is not to say she isn’t powerful, she very much is, and she acts of her own volition and agency more often than not, but she is a sexy character who’s motivation for action is still mostly rooted in her desire for a male. That is, her story is still centered around a man. 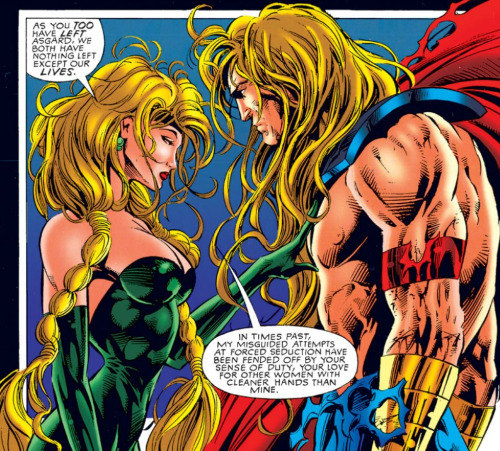 Hela, on the other hand, has no such hang ups and is very much about power for her own sake. She may not have a similar method or personality to that of Loki, but her motivations for securing greater power for herself because she can — that is exactly like Loki, which is probably why they team up. 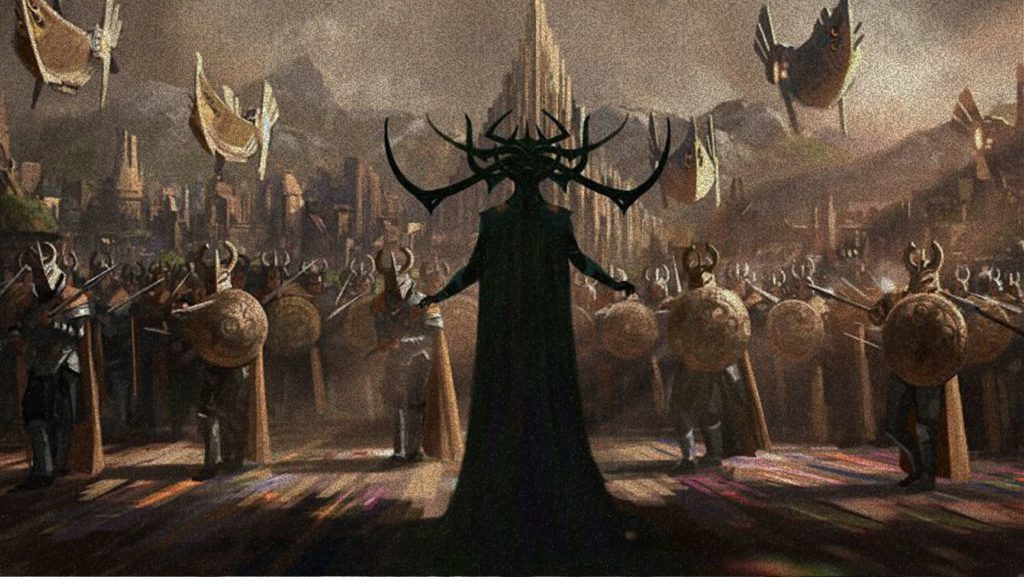 All of that being said, Daily Beast ran on profile on Taika Waititi, the comedy director behind What We Do In The Shadows and now taking on this Thor film. They asked him what he thought of gender and racial inclusivity in Hollywood, in general, and he said, “Everyone’s aware of the need [for POC casting] and also the need for female characters. But female representation is something I feel is even still behind in the conversation about representation. It’s something that’s equally important to my mind. So it’s great having female heroes.”

He then went on to talk about the specifics of his particular film with Marvel, saying, “This film has [Marvel’s] first female villain, and that’s exciting for me. I want to see more females onscreen and not just dudes. There’s nothing wrong with that, but there’s a lot of it in the world. We need more representation of all kinds. In all seriousness, from what I’ve seen—although it’s not like I’ve been around a lot of studios—they are aware of it, and they’re very conscious and vocal. I’ve heard people say, ‘We need to make them better.’”

So while he doesn’t dive into any specifics, since Marvel will put a hit out on him if he does, it’s refreshing to hear the increased awareness and importance of the conversation.