Home » Movies » Did Hasbro Just Confirm We See SPIDER-MAN In His Original Costume in HOMECOMING?

Did Hasbro Just Confirm We See SPIDER-MAN In His Original Costume in HOMECOMING?

Spider-Man: Homecoming hits theatres this July. The trailer was released not too long ago, giving us our first look at what we can expect from the Jon Watts directed film, which will see Peter Parker’s genesis into Spider-Man. We’ve already seen him in Captain America: Civil War, fighting in a brand new suit created by Tony Stark. However, he also had another suit, a homemade one, that we never really saw too much of. In one particular shot in the trailer it looks as if Peter Parker (Tom Holland) will be back in that original suit at some point, but there’s been no confirmation of that.

The toy company, Hasbro, may have just changed that. They released some early concept designs for their upcoming Spider-Man toy line and one of them sees Peter Parker in that original costume, seemingly confirming that we’ll see that original costume at some point in the film. 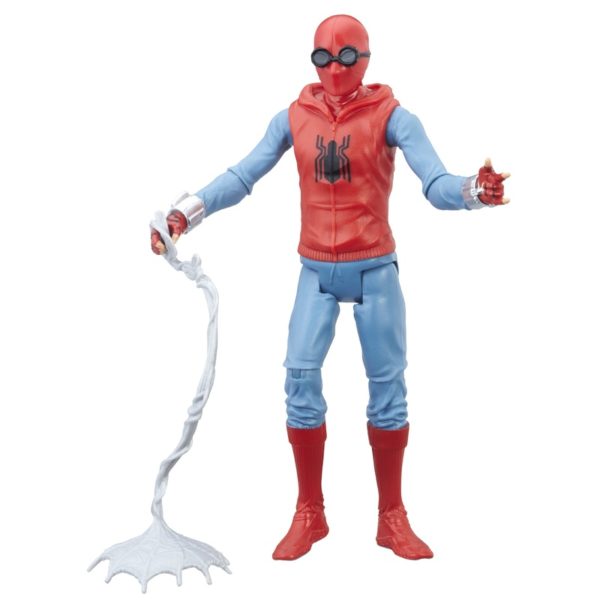 Listen. We know that just because a toy comes out related to a movie’s release, that does not necessarily mean that we’ll see that in the film. For instance, we know that Peter Parker doesn’t live in a lightning building with his logo emblazoned on the front. It’s doubtful that he drives around in a Spider-Buggy or that he can form a shoulder cannon like he’s Voltron. We understand that these are just toys and that they have a completely different design due to their functions and restrictions.

That being said, the toys are typically designed after aspects of what we see in the film, in some capacity. Maybe at some point in the film, Spider-Man finds a way to shoot a cannonball’s worth of webbing. Perhaps he lives in a building that looks mildly familiar to the building we see here. Hell, maybe he does have a car.

We won’t know until the film hits theatres in July. We embedded the trailer below for you to watch and decide for yourselves. You can also see the rest of Hasbro’s Spider-Man toys below.

H/T to Comicbookmovie.com for first finding this! 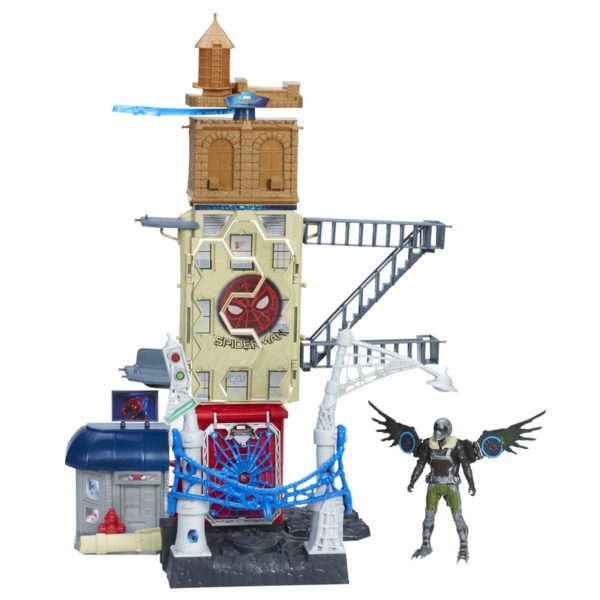 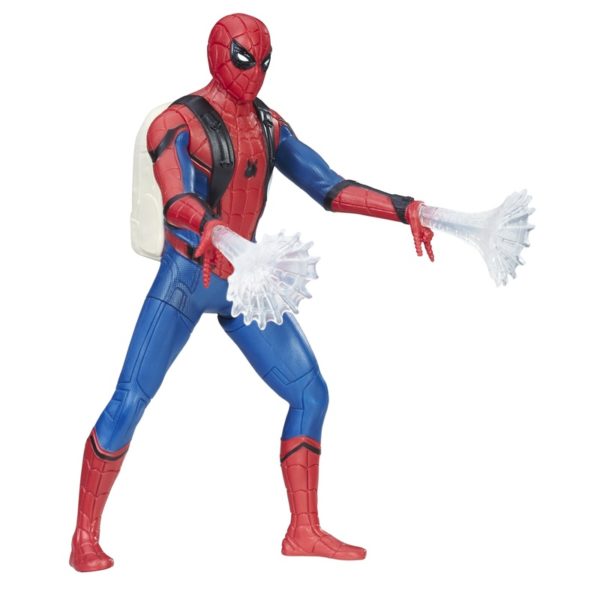 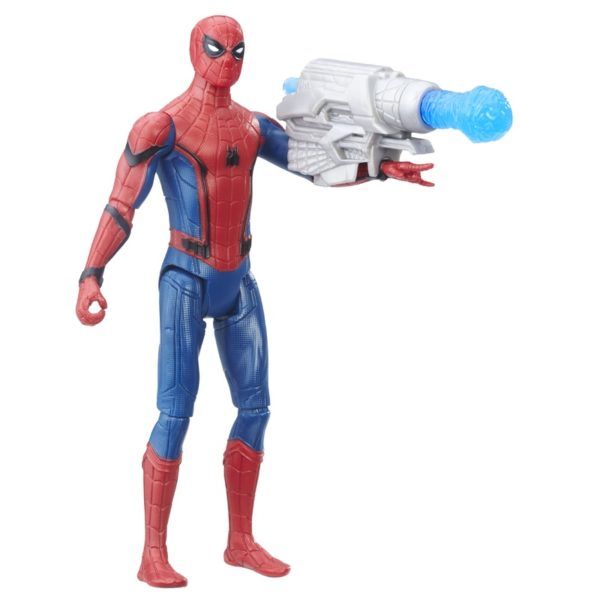 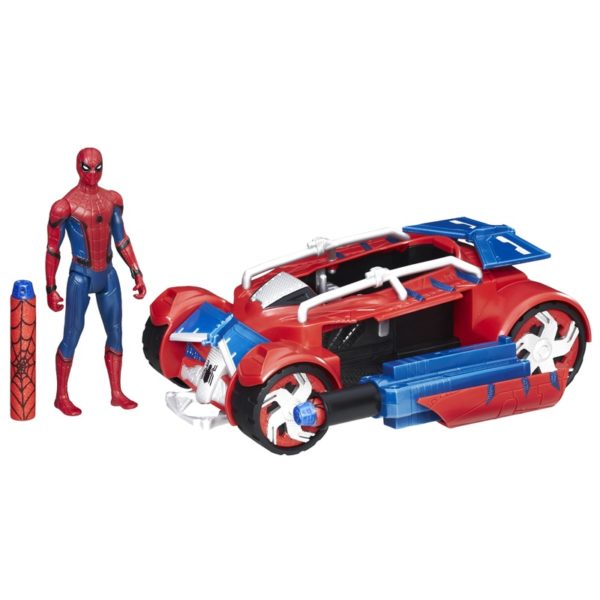 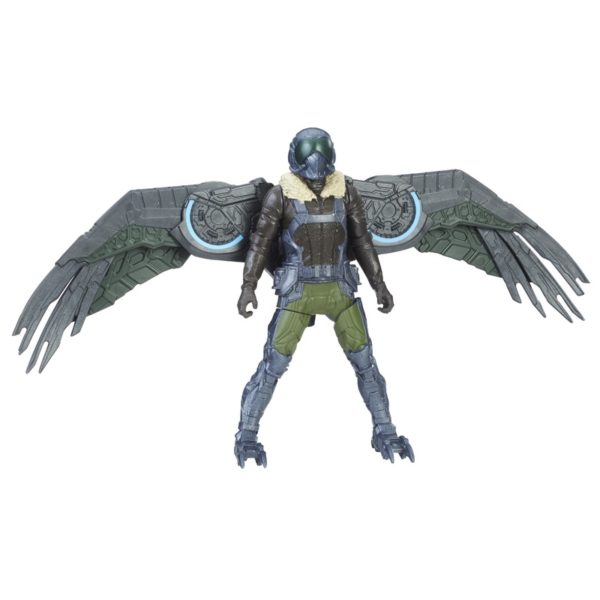 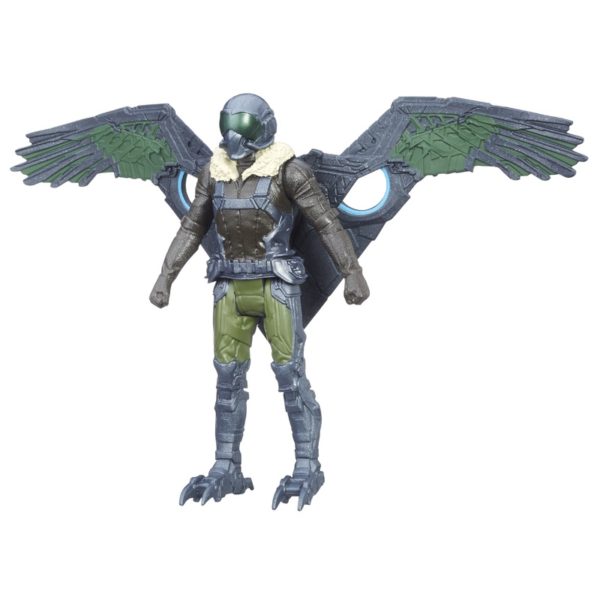