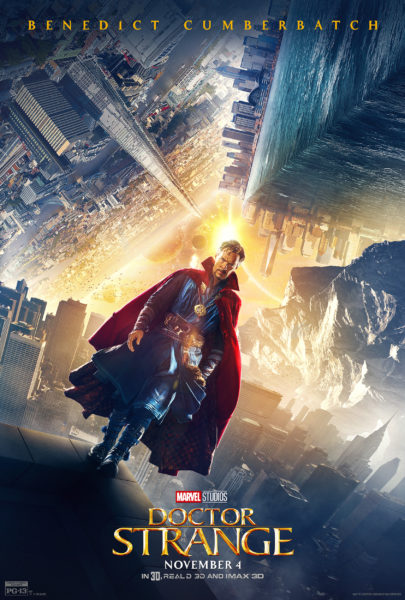 Not entirely sure how to say exactly what we all just saw last night, but we’re gunna try to convey it to you right now.

Marvel and IMAX teamed up last night to show a 15 minute preview of what we can expect from their upcoming film, Doctor Strange, which hits theatres in the US on November 4th. We can tell you in all honesty that we are not quite sure what we saw last night and that, in this case, that is most definitely a good thing. The footage we saw last night was some of the trippiest, drugged-out-of-your-mind, how-did-they-do-this visuals we’ve ever seen. In the initial teaser, everyone compared it to Inception, and they were right to — the visuals of a city folding in on itself were certainly reminiscent of that.

But let us assure you that this film goes well beyond what Inception does. Or did.

Okay, so let us backtrack a little bit and actually tell you what we saw.

It starts off with Scott Derrickson and Kevin Feige walking out to welcome all of us to the theatre. Derrickson, the director, is a lifelong Marvel fan and fan of Doctor Strange especially. Okay, so the film is in good hands.

The footage starts with, where else, but Dr. Stephen Vincent Strange (Benedict Cumberbatch) walking down a hospital corridor with Dr. Christine Palmer (Rachel McAdams). She’s asking him to consider moving his talents as a neurosurgeon to the ER where he could save a lot of lives, but there’s not enough prestige in it for him. He only takes the cases that are interesting, cases tough to figure out, that will earn him a TV interview and another few hundred thousand. He’s not a jerk about it, he’s not a pompous blowhard, uneasy to love, but he’s certainly arrogant with his priorities all wrong.

He asks Dr. Palmer out to a speaking engagement and she says no. 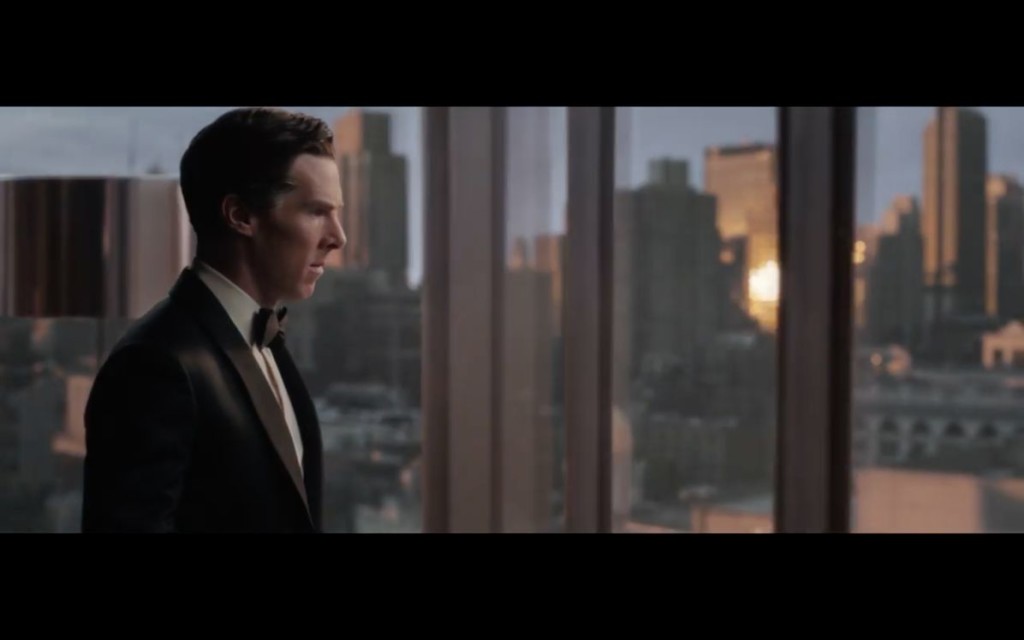 As Dr. Strange prepares for his speech, we can see the wealthy luxury he’s become accustomed to, before he gets in his very expensive sports car to take off. As he drives, he speaks with his assistant on the phone who is reading off possible cases, one of whom is very clearly the almost paralyzed Col. James Rhodes (Don Cheadle) from Captain America: Civil War. You know, War Machine? He says no to all of them. Finally, one case sticks out to him and he checks out x-rays in his car as he drives and, distracted, gets into a truly awful car accident. And it’s bad. He should be dead.

But this is what crushes his hands and sends him into a desperate search to heal his hands.

So we follow him on his last dollar to Kamar-Taj, where he speaks with the Ancient One (Tilda Swinton). This was footage we saw a lot of at San Diego Comic Con, but here there was even more to see.

The Ancient One shows him a picture of chakras, asking if he’s ever seen that. He says, “yeah, in a gift shop.” She shows him an MRI, then saying that each of these images are part of the whole, but not the whole picture. This riles up some incredible ire in the arrogant surgeon, causing the Ancient One to punch him into his astral form, the dimension where souls exist, before pulling him back into his body. 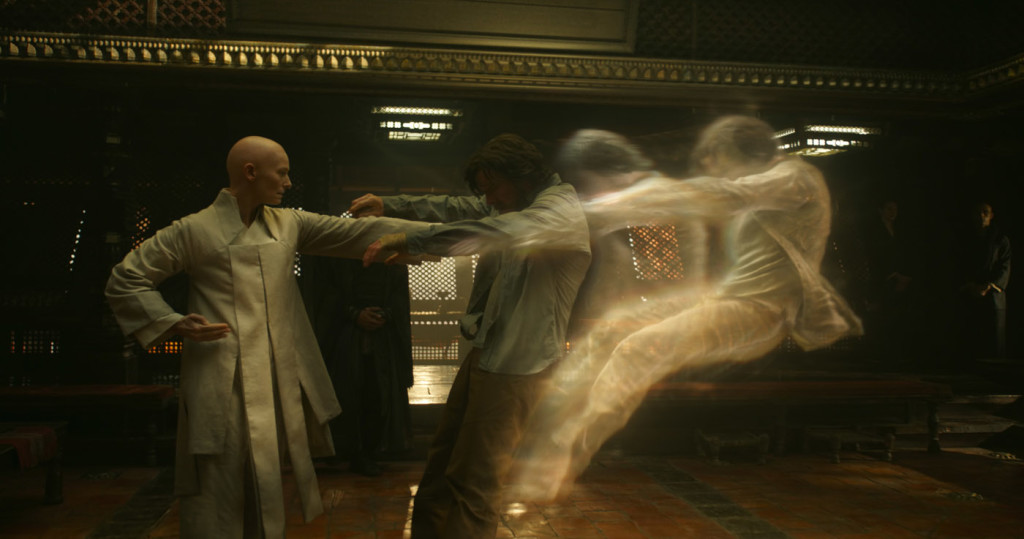 Dr. Strange, ever the scientist, immediately suspects that she’s drugged him. That there was something in his tea, which she assures him was just a bit of tea with honey. She then tells him to “open his eye,” before launching him out of the building to go hurtling through space. 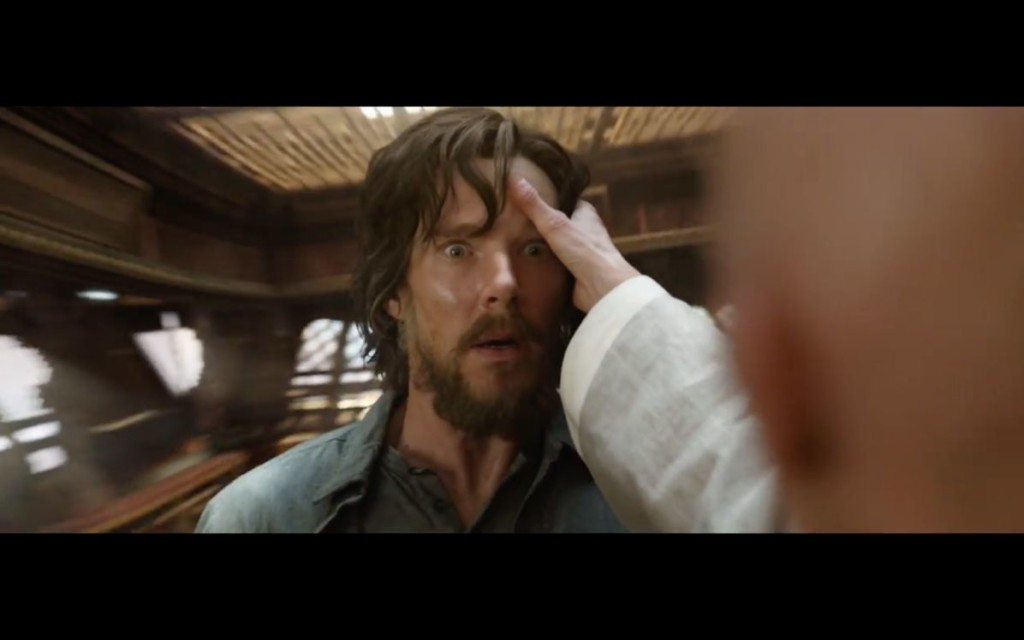 He looks down at the Earth, finds a butterfly flapping it’s wings, and is then sucked through dimension after dimension, his body morphing to match the physics and reality of each one. In some dimensions he shatters into a million versions of himself, in others, he takes shape as thousands of folding fractals. He becomes a spectrum of light and then goes tumbling through various quantum fields.

In one of the more memorable bits, he trips into a realm of thousands of crawling arms creating the landscape around him. It’s very much a hell-scape and is absolutely terrifying in how unnatural it is. He floats there, strangely a respite from what’s come before, long enough for him to take a breath and look at his hands to see each of his fingers turning into five-fingered hands of their own, which they then start to grow hands of their own again. As his eyes take in the absurd horror that is his turning into an infinity of growing hands, the walls reach out and pull at him, sucking him into the undulating unnatural wall of moving arms, a sea of lost souls in some eldritch mass, and then he’s magically ripped out of there to the next dimension. And the next.

We even saw this. Yes. This. 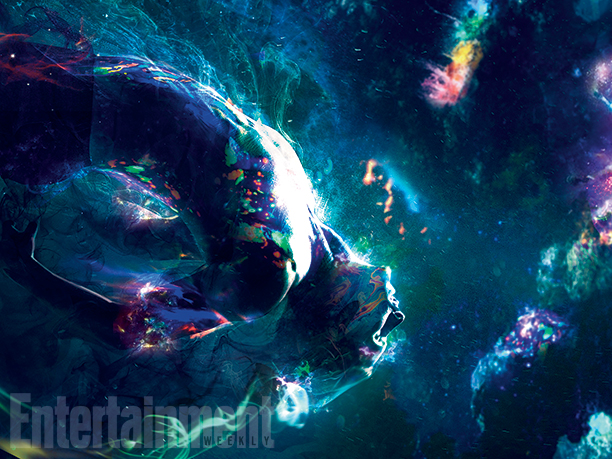 He falls through even more dimensions, his body being ripped apart, reformed, transmuted into non-organic elements and inhuman wavelengths. Marvel said their aim was to capture the the trippy visuals of Steve Ditiko, and they did it. And it’s amazing and huge and colorful and inexplicable and there’s no way to know how they did it, but they did. This is being stoned on at least three different types of hallucinogens when a college students fractally blacklight poster literally comes to life in a million ways. And there are barely words to convey what was seen. At best, the words here are poor representations for the beautiful and colorful and purposefully inexplicable and confounding visuals we saw. You really have to just see it all for yourself. This has to be seen to be understood.

And then, finally, it’s a relief when Dr. Strange lands with a thud at the feet of the Ancient One who smiles as she asks, “Did you see that in a gift shop?”

Strange’s response can only be,“Teach me.” 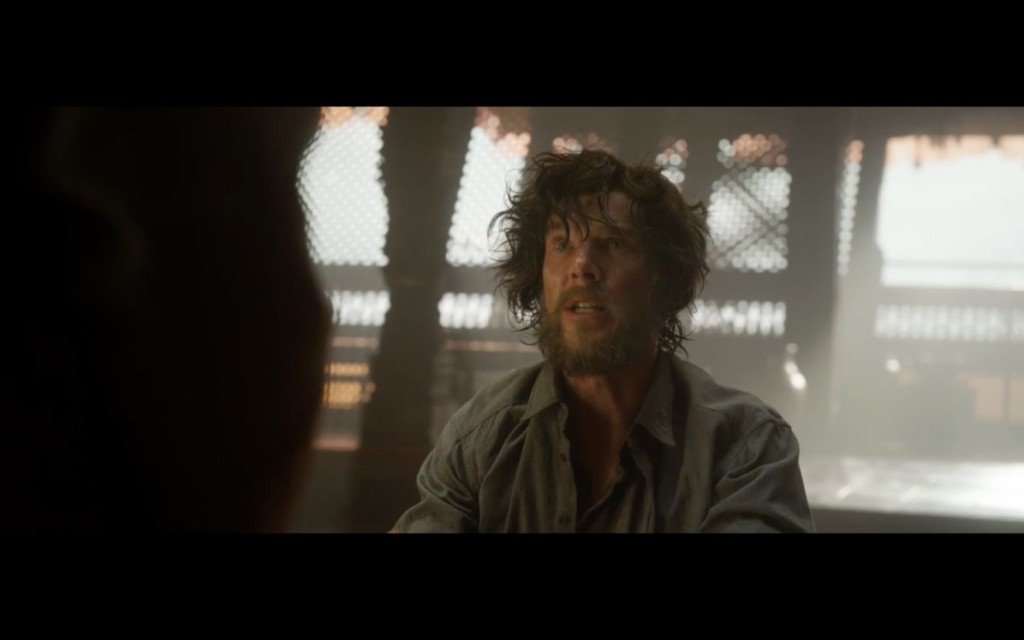 From there the footage moves on to the compound where we see Strange begin his training. He meets Wong (Benedict Wong), who keeps the library at Kamar-Taj. Wong warns him that if he tries to steal a book, he will kill him, which prompts Strange to joke, “what if it’s just really overdue?”

He gets no response from Wong. Just a blank stare.

A lot of the scenes we saw here have all been in the trailers, though now extended and better contextualized. We see how magic works here too. It’s visualized in this incredible way where it almost crawls up your arms, or slowly grows around your hands. The crackling arcane energy is almost organic and can be manipulated once fully conjured. 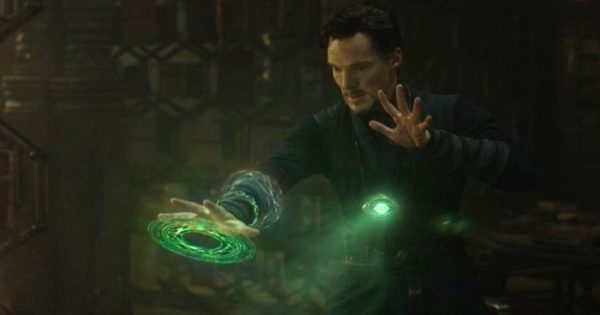 Perhaps the best information in this bit was a name drop of “The Dark Dimension,” described as the place where sorcerers of ulterior motives draw their power. They show Kaecilius (Mads Mikkelsen) here, drawing power from that dimension with his zealots. This, of course, immediately calls to mind Dormammu, who is lord of that dimension.

Speaking of, it’s entirely possible that we saw Dormammu in a couple shots. But more on that later.

From here, we start to see Kaecilius attacking. He breaks into the Sanctum Sanctorum where he confronts Doctor Strange and knocks him off a bannister to fall, presumably, to his death, but the Cloak of Levitation, with a mind of its own, zips down to save him, so that Doctor Strange hovers back into view and conjures up a fire whip. 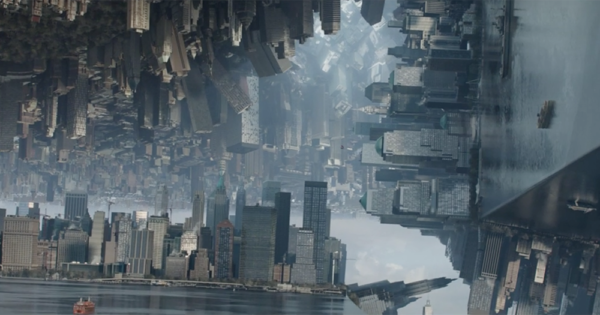 This then goes into a mind-bending chase sequence where Doctor Strange and Mordo (Chiwetel Ejiofor) are trying to escape Kaecilius and his followers, but they keep warping the reality around them. This is where much of the Inception-like visuals of the infinitely folding city comes from. As Strange and Mordo run, trying to open portals to jump through, Kaecilius twists the city sideways to throw them off. They then run up a skyscraper, which Kaecilius hits to form a wave through reality, knocking them down again. 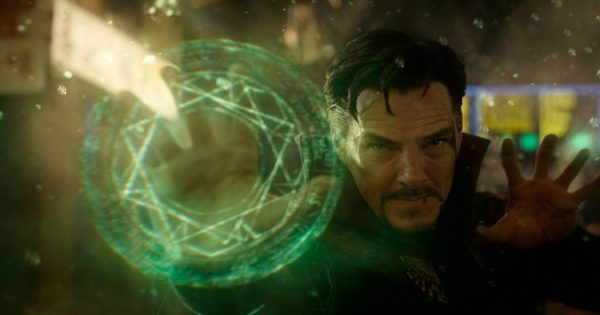 We then see some incredible visuals of Strange fighting Kaecilius and freezing time, before then turning back the clock to reverse the damage of the crumbling city. It’s a spell we saw Doctor Strange discover early on in the preview, but it confused him. It came from the Eye of Agamotto and seemed like something that surprised him and scared him, despite how intriguing it was.

We then see Doctor Strange in an inexplicable plane of existence, his sorcerous defenses up as he marched towards a gigantic face. It seems that he’s on a cliff side approaching a giant who’s standing in a ravine. Though the gigantic head is not on fire, it is definitely from another world, the texture of the head almost a plasma, constantly folding in on itself in strange ways. You definitely get the feeling that this head could catch on fire at any moment. And though they don’t name this head Dormammu, you get the feeling that it is.

Please forgive me. There was no recording allowed and i am writing this article completely from memory. As a lifelong super fan of Doctor Strange, I was constantly distracted by my pure excitement to finally be watching what I’ve seen in my imagination for twenty years now fully taking shape on screen for my eyes to see. As such, there is a lot of stuff I’ve forgotten, I’m sure of that. It would be impossible to remember everything they showed because this film is unlike anything you’ve ever seen. Though I did do my best, I’m certain I may have mixed one thing up here and there, but I’m confident I got the gist across.

And the gist is that they did it. Scott Derrickson did it. Marvel did it. They brought Doctor Strange to perfect life and that is no small order. Granted, we were not privy to the whole film. For all we know, the script is a mess and the narrative falls completely apart at the inciting incident or something. This film could be an absolute mess for all we know.