Home » Movies » Defending X-MEN: Here’s Why These Movies Should Be Grouped, Not Ranked

Defending X-MEN: Here’s Why These Movies Should Be Grouped, Not Ranked

Although the release of The New Mutants is (seemingly) forever in limbo and future Deadpool movies are almost certainly tied to the MCU proper, Dark Phoenix has essentially extinguished Fox’s X-Men Universe. We waved goodbye to a series of films that not only shaped the superhero genre, but followed many of us through our own challenging transitions from childhood to adulthood. From the first time Wolverine popped his claws on screen until the final flight of the Phoenix, the last two decades have been bittersweet. We were treated to amazing interpretations of our favorite characters, though not without frustrating storylines that diluted the iconic moments that endeared these mutants to us in the first place.

It may be years until we see a new iteration of Marvel’s mutants, but before we fancast and petition that the MCU right the wrongs of Fox’s best intentions, we need to take a moment to truly appreciate this series. Flaws considered, the catalog of X-movies are all good films in their own right — even Origins, The Last Stand, Apocalypse and Dark Phoenix.

You’ve just been watching them from the wrong perspective.

RELATED: List of 2020 Movie Release Delays and New Dates Due to Coronavirus

Kevin Feige laid out the MCU roadmap, and any changes in direction were tightly managed with the destination firmly in mind. There are similarities in each film, hallmarks that instill a sense of familiarity in every new release. You can judge the Marvel Cinematic Universe movies according to a single rubric and fairly rank each one. The same approach simply won’t work on the X-Men movies.

For instance, how does one objectively compare X-Men Origins: Wolverine to Wolverine or even Logan? While all three place a focus on our favorite canucklehead, they are vastly different films that approach everything from plot and tone to characters and contexts in a unique way. Ranking the 12 X-centric movies against an MCU-style rubric not only diminishes the value each lends to the series, but it also ruins subsequent rewatches. These movies can’t be ranked — they should be grouped categorically instead.

We crave story and when a film can transport us into a vibrant new environment, it can be an immersive experience. X-Men took us on a journey into a world learning about the existence of mutants. X-Men: First Class showed us a time before their public outing, while Wolverine swapped the political element for a more intimate story that weaved only a few mutants into smaller contemporary contexts. These movies have exciting sequences and introduce us to characters worth investing in, but these films are primarily three acts that tell a story.

For every “Do you know what happens to a toad when it’s struck by lightning?” moment, we’re given two other exceptional scenes. Magneto, who values status and superiority, is defeated in a game of chess by Xavier’s pawn in the final scene of X-Men. Yes, these are traditional stories of good conquering evil, but their subtle nuances in everything from dialogue to shot framing provide so many more allegories for viewers to dissect.

X-Men, Wolverine and X-Men: First Class are powerful stories that force us to witness and react to the perspectives and decisions that dramatically impact our own real-world.

We watch movies not to merely see what happens, but to see how a character reacts to what happens. These three films do more than tell a story — they allow us to empathize with our favorite fictional characters. Though Wolverine’s story is in the spotlight for all three movies, the supporting characters he’s surrounded by earn our commiseration and affinity in a much more meaningful way.

Bobby Drake can only receive love with contingencies — his parents disowned him for being a mutant, and Rogue, someone who loves him, cannot share physical affection. Caliban, Logan and Professor Xavier, each of them enslaved to the curses of their mutations, strive to cling onto any sort of normalcy in their lives as they await the inevitable end. The quest for hope of young and old Charles parallels the fight for survival of young and old Erik as past and future versions as all four characters attempt to overcome their own guilt and remorse for actions they cannot alter. These character studies present us with a range of real-world emotional traumas and ask us to consider how we would react.

X2: X-Men United, X-Men: Days of Future Past and Logan encourage us to look inside of ourselves and question who we truly are.

We watch movies for entertainment, and at the end of the day, that should be enough. The Last Stand and Apocalypse were tasked with following two predecessors that presented exceptional stories and emotional character studies. Even Origins, while the “first” in the solo Wolverine movies, was in reality another sequel for the most popular character in Fox’s franchise. The bar was set high, and in the opinion of many critics and fans, these movies slid well beneath expectations.

However, the continued criticism that these movies receive is ridiculous. Any hate — even when it’s warranted — is now exhausting. Every downside is scrutinized while so many upsides are left ignored. Origins has more to offer than Liev Schreiber’s menacing Sabretooth and Ryan Reynolds’ Wade Wilson introduction — the opening war montage is fantastic, in case you’ve forgotten. The Last Stand shocked us by killing off three major characters — how many years did it take for an Avenger to suffer the fatal consequences of a powerful adversary?

Next time you watch either of these three movies, do so with the same childlike fervor that you had for the X-Men: The Animated Series cartoon. These colorful spectacles are packed with iconic characters, loads of explosive action and the simple pleasure of seeing our favorite childhood heroes and villains go head to head.

As favorably received as his movies are, the Merc with a Mouth can’t be grouped with his X-brethren in Fox’s universe. The nods to films like Logan and the Apocalypse cast are nice, but Deadpool’s outings must stay isolated within their own group. These movies have the same moments of the heart, social commentary and extravagance as the previous groups, however, they’re stitched together to create a narrative that is greater than the sum of its parts.

Deadpool feels slightly grounded and intimate, while Deadpool 2 is larger and livelier. Both delve into the character on an emotional and somewhat philosophical level but the commentary, action and interruption of story leave these two films firmly in their own category.

Let’s be honest — we look to Deadpool for (literal) sh*ts and giggles, which these movies deliver in the best way imaginable.

Where Does Dark Phoenix Fit?

The stakes were high for Dark Phoenix, but alas, it’s considered a failure. While it does bring the Mystique / Xavier / Magneto arc to a close, it’s not exactly an adventure driven by a captivating story. We do get a nice conflict of ideologies with Beast, Magneto and Xavier, but this doesn’t really explore the psychology of any one character in a deep way. No, Dark Phoenix is not Logan or even a First Class for that matter, but its exciting set pieces — particularly the space shuttle rescue and battle on the train — give lifelong X-Men fans a spectacle to gawk at.

How should you watch Dark Phoenix? The same way you should watch all of the X-Verse movies — with a sense of gratitude for the nostalgic high. points and an understanding, if not forgiveness, for the discouraging low points. Remember, for every Avengers: Infinity War or Captain America: The Winter Soldier, there’s Iron Man 2, Spider-Man 3, The Amazing Spider-Man 2, and Thor: The Dark World. 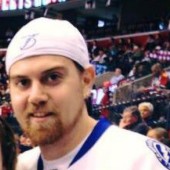 Maggie flips out when Wade befriends Jared on #Trickster . Check out our recap.

Naomi struggles to find means of communication while Amos reunites with an old acquaintance in this week's episode of The Expanse!