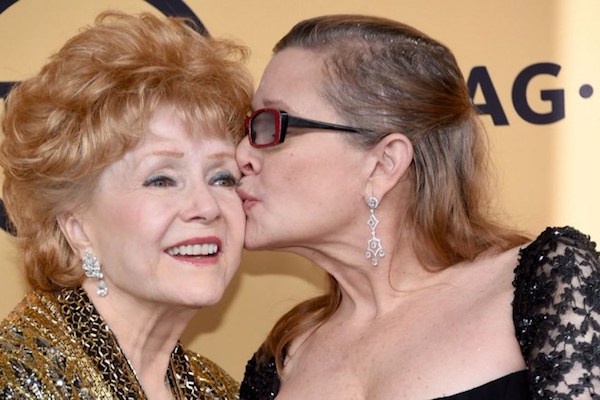 Hearts around the world are already heavy due to the pre-mature passing of Carrie Fisher. Just after 5:00 on December 28th, TMZ reported that Fisher’s mother and Hollywood legend, Debbie Reynolds passed away at age 84, just a day after the death of her daughter.

Few details are confirmed. Sources report that an ambulance arrived at the home of Reynold’s son Todd Fisher. Reynolds was taken to the hospital, due to trouble breathing. While reports speculate the actress had a stroke, at this time, the diagnosis has not been confirmed.

Updates coming just after 4:00pm PST listed Reynolds’ condition as “fair to serious”. However, at 5:33pm PST, TMZ was the first to report actress’ passing. Her son, Todd Fisher confirmed the news. He is quoted by Variety, “She wanted to be with Carrie”.

Debbie Reynolds’ career spanned almost 70 years. The young actress arrived in Hollywood in the late 1940s. She was quickly pulled into MGM’s stable of stars at MGM, appearing in films like Three Little Words and The Daughter of Rosie O’Grady. However, Reynolds rose to prominence came when she appeared opposite Gene Kelly and Donald O’Connor in the classic musical Singing in the Rain. 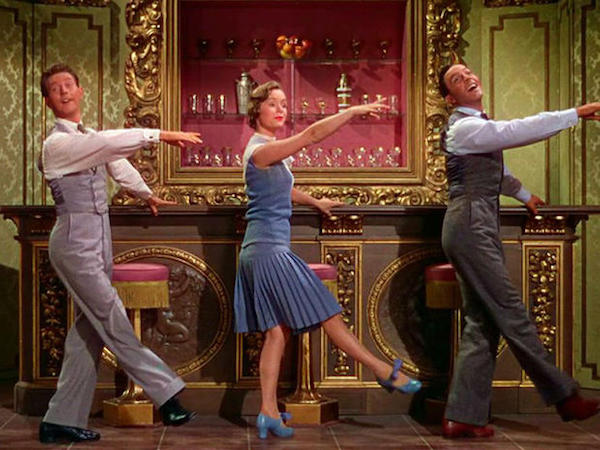 Reynolds continued to define herself as a legendary star of the classic hollywood era, with roles in films like Tammy and the Bachelor and The Unsinkable Molly Brown. The actress also voiced the title character of Charlotte in the iconic 1973 animated film version of Charlotte’s Web. Debbie Reynolds also won many younger fans with her turn in the popular Halloweentown franchise for Disney.

Reynolds received unwanted attention for her marriage to crooner Eddie Fisher. The marriage ended in divorce, after Fisher fell in love with Elizabeth Taylor (who he co-starred opposite in Butterfield 8).

Debbie Reynolds was also an advocate of film preservation. Her collection of motion picture memorabilia was unparalleled. The collection encompassed costumes and keep-sakes from films ranging from Citizen Kane to the Alfred Hitchcock classic, To Catch a Thief. It was her belief that these movies are part of our cultural history, and as such, the memorabilia must be preserved.

The actress holds a special place in the hearts of many, due to her many classic role’s as well as her ongoing contributions to cinema history. Debbie Reynolds will be missed. However, her many iconic roles will continue to live on due to continuing film preservation efforts.

Debbie Reynolds is survived by her son Todd, and grand daughter Billie Lourd.