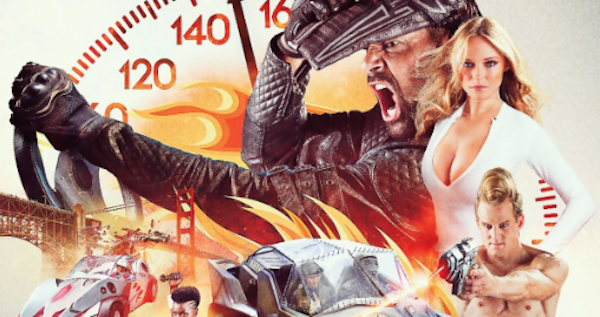 If you’re looking for camp, look no further.  The Death Race 2050 Official Red Band Trailer was released yesterday.  And, Roger Corman has done it again.

You may have been afraid that the Death Race reboot would bring a darker, more serious tone to the story as so many reboots do… well, worry not, my friends.  Corman’s 2050 hasn’t lost any of the sense of humor of the original.  Malcolm McDowell looks amazing as ever, and plays the broadest of tyrannical characters.  His co-stars look the parts and most likely won’t talk that much. They are men and women of action.  Give us the gore.

Although new technology has clearly benefitted Corman in terms of production value, he has not forgotten where he came from.  It’s still a gritty looking, blood splattering, low-fi kill fest.