DEADPOOL Will Take Over with Animated Series on FXX 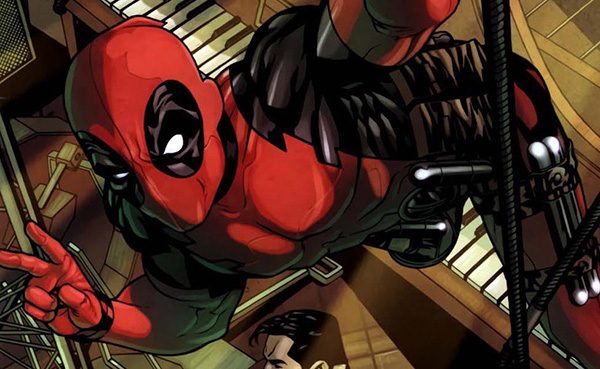 According to Marvel.com, we will be having our first animated Deadpool series. Whaaaat! FXX has picked up the animated series for 10 episodes. The even better news? The showrunners are none other than Hollywood’s busiest man, Donald Glover, and his talented brother, Stephen Glover. Get hyped!

The show is being produced jointly with Marvel Television and FX Networks as an “animated adult action-comedy series”. Donald Glover and Stephen Glover, who both write scripts and music for their hit show Atlanta, will be on as not only showrunners but executive producers and writers for the show. This is incredible news for fans of the Glover brothers’ work.

Nick Grad of FX Productions said the following of Glover’s involvement. “Donald Glover is an incredibly gifted and versatile artist who’ll bring the untitled Marvel’s Deadpool series to life with the same intense, singular vision as his breakout hit Atlanta. With the success of Legion, we’re looking forward to again partnering with Marvel Television to create a series that is bold, striking and entirely original.” Marvel Television President, Jeph Loeb, echoed his sentiments, going so far as to say he believes the show will be “a groundbreaking show in adult animation”.

The Merc with the Mouth isn’t new to the animated realm, however. He was featured in animated features such as Hulk Vs Wolverine and made multiple appearances in the Ultimate Spider-Man animated series plus many more. He’ll have more room for more extreme actions like the live action film was able to make, so this is exciting! My only hope is that they have Nolan North back to voice the Merc.

What do you think of the news? Are you looking forward to a Deadpool animated series or not interested? Let us know and be sure to come back to Geek Girl Authority for more Deadpool news! The untitled animated series is currently set to release in January 2018.