Home » TV & Streaming » All the Rest » David Tennant To Appear On Family Guy! 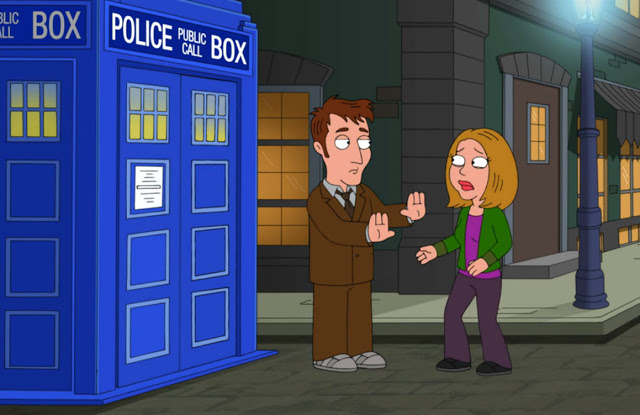 David Tennant, also known as the Tenth or best Doctor, is appearing in tomorrow nights episode of Family Guy!

He’ll make a small cameo in a show within the show called Doctor Who Farted. I love that he did this!

Here’s a summary of the latest episode from Tennant News:
The new episode takes viewers behind the scenes of a regular Family Guy production week, with James Woods as the guide. See the ins-and-outs of what goes into the making of an episode and watch the drama unfold as Peter is replaced and ends up in the office of Fox Television Group Chairmen and CEOs Dana Walden and Gary Newman to pitch his very own new series in the all-new “Inside Family Guy” episode of Family Guy, airing  this Sunday, 9:00-9:30pm ET/PT  on FOX.

Check out the show reel from this years Family Guy panel, at San Diego Comic-Con: