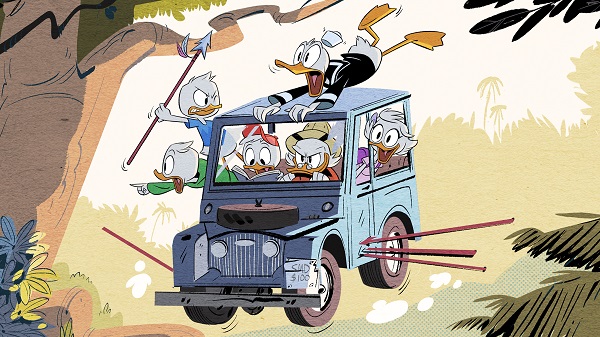 In case you missed it, Disney XD is launching a DuckTales reboot in 2017. This is great news for fans who grew up with the original series back in the late 80’s and early 90s and even better news for this younger generations of kids.

While the voice cast has been announced throughout the years, questions lingered as to who would play the iconic Scrooge McDuck. Well, wait no more. It was announced today that David Tennant, your favorite Doctor, will be taking on Alan Young’s legacy.

Along with the top billed cast, the new DuckTales will also include favorites like Flintheart Glomgold, Magica DeSpell, Ma Beagle and the Beagle Boys, and Donald Duck (among others).

You can check out the new cast singing the Ducktales theme song below. The hype is all too real for this reboot.