Home » TV & Streaming » David S. Pumpkins Is Getting His Own Animated Halloween Special

David S. Pumpkins Is Getting His Own Animated Halloween Special

You heard me.  NBC announced Thursday that David S. Pumpkins, the Tom Hanks character from an SNL sketch that unexpectedly went viral last Halloween, will get his very own holiday special.  And, his little skeletons too.

David S. Pumpkins first appeared in the Haunted Elevator Sketch, which I’m not afraid to say, is one of the weirdest, most random and delightful sketches I’ve seen in a long time on SNL.  It was about a haunted house that clearly didn’t have enough ideas for ‘100 floors of frights’.  So David Pumpkins and his hilarious dancing skeleton sidekicks just kept showing up.  The sketch went viral.  And, the reason for that is that it’s truly addictive.  Tom Hanks, Mikey Day and Bobby Moynihan are clearly having a blast.  I just watched it again, and I can’t look away!

The half-hour animated halloween special, The David S. Pumpkins Halloween Special will feature Tom Hanks’ return as Pumpkins and Day and Moynihan in their original skeleton roles.  It will also feature Peter Dinklage, according to Variety.  Here’s what it’s about…

Set in a small suburban town on All Hallows’ Eve, the special centers on David Pumpkins and his skeleton sidekicks who show a young boy and his sister the true meaning of Halloween, answering none of their questions along the way. 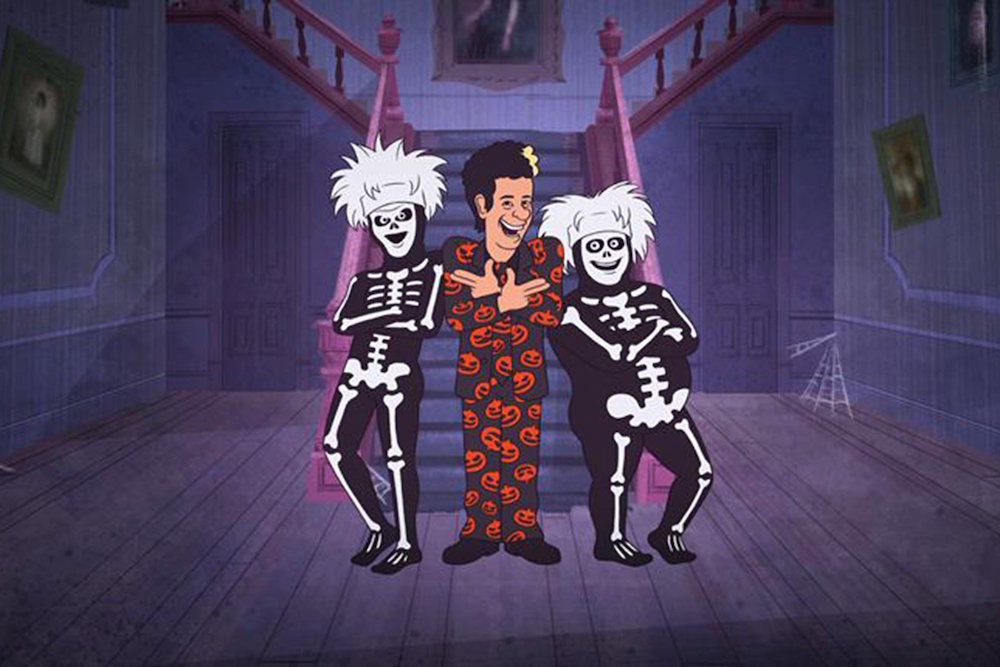 My interest is peaked. That’s for sure.  I can’t imagine an animated version can capture the absurdity of Hanks’ ridiculous face framed by emphatic skeleton dancing, live in front of you.  But, that doesn’t mean I won’t watch it!  I will.