According to The Hollywood Reporter, David Ayer has signed on to directed the Harley Quinn/Birds of Prey/Gotham City Sirens film! Ayer is currently set to direct and produce the film with Margot Robbie starring and executive producing. No other details about cast have been said besides Robbie returning as Harley Quinn.

The article implies that the working name of the movie is Gotham City Sirens, the same name of the comic run featuring Harley Quinn, Catwoman and Poison Ivy. Previously it was said to be a Birds of Prey movie as well, which would be DC female villains versus DC female heroes. If this is all true, we’re in for one interesting movie. The comic run, while gratuitous in it’s art, was a fantastic series mostly written by Paul Dini. The comic ran from 2009 to 2011 and featured the girls living together, getting in mischief and mayhem.

We previously reported that Christina Hodson was set to pen the script. According to the report by THR, Geneva Robertson-Dworet is now set to pen the script. There is no mention of Hodson so it’s unclear as to what happened with her or if she’s still tied to the film somehow. Hopefully more details arise on this project because it’s an exciting one! As long as Ayers fixes the mistakes from Suicide Squad, I genuinely believe we’re going to be in for a great movie.

In addition to all this exciting news, THR mentions that a Suicide Squad sequel is in the works. No one is said to be attached to the project as of yet but we can only image Ayer will be back to direct if not produce the film. It’s also said that they are working on a Deadshot spin-off, due to the popularity of Will Smith‘s character. These are all talks however and nothing is in cement. We’ll see how it goes!

What do you think of this news? Are you excited for more Harley Quinn? Let us know and be sure to check out our coverage of the DCEU! 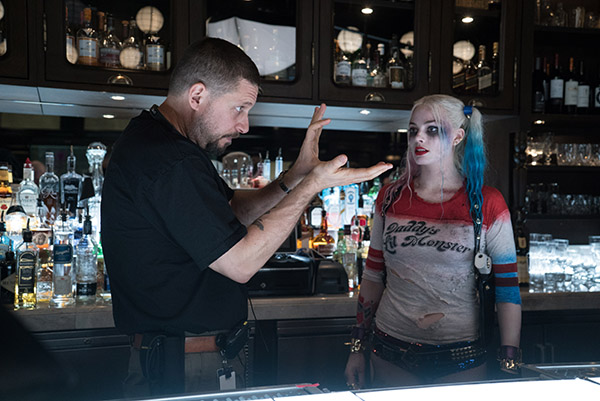