THE DARK TOWER: The First Trailer Is Here and It’s Gloriously Action-Packed 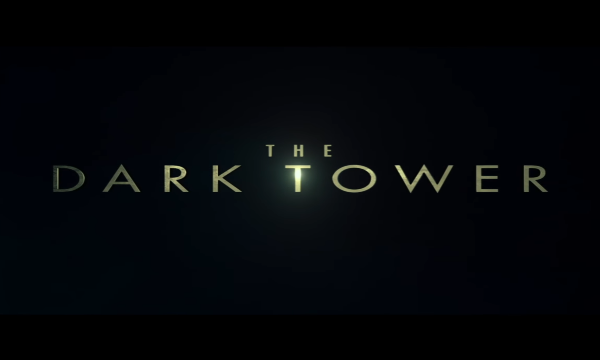 The first official trailer for The Dark Tower popped up this morning! It was assumed that it would be soon after yesterday’s Twitter exchange between leads Idris Elba (The Gunslinger) and Matthew McConaughey (The Man in Black).

Quick confession: I haven’t read the books. I am coming at this movie as a complete newbie. And I’m OK with this, even if my husband is not. You see, I was very young when I was subjected to Stephen King’s IT and, since I don’t do horror, I subsequently avoided Stephen King at all costs because I assumed he wrote nothing but horror. To say that my husband and my friends had conniption fits when they learned this little secret is putting it mildly. The Dark Tower series is on my library’s bookshelf and now on my To Be Read list, but I haven’t gotten to it yet.

Especially after seeing this trailer. It opens with the same bullets-falling-from-the sky fancy gun-loading as shared by Elba in a previous teaser and some additional gun-slinging, Western-meets-Action cuts along with a narration about how Gunslingers were once prominent knights protecting the land from “the coming of the dark” which fades to a silhouette of McConaughey in smoke (or fog, but my money is on smoke). It then jumps to a boy startling awake in bed as if it was all in his head. Maybe it was? His room is covered in drawings of The Man in Black, The Gunslinger, the Tower, and possibly sketches of what could be scenes from the movie – a single file line people walking into a geometric building, a sky with two suns, a cracked earth landscape, a black bird flying overhead a single character. Throw in earthquake-like tremors and a psychiatrist telling the boy, Jake (Tom Taylor), it’s not real, well, it’s easy to see there is substance to what he calls his visions.

Jake finds a building that matches one of his sketches and walks in to find an abandoned apartment space…with a portal to another world. As kids do, he wandered through. Here he meets The Gunslinger, who tells him about The Man in Black and their ongoing fight over the Tower – if it falls, so do their worlds. Jake convinces him that saving the Tower must be done because, as he points out, “your world might be gone, but mine isn’t.” The remaining scenes are nothing but action and gunfights and the excitement just keeps building. The music is really well done on this trailer! It underlays The Gunslinger’s short monologue, which is spoken over another trick gun-load and an amazingly gorgeous set up and kill shot:

Roland Deschain, the last Gunslinger, is locked in an eternal battle with Walter O’Dim, also known as the Man in Black. The Gunslinger must prevent the Man in Black from toppling the Dark Tower, the key that holds the universe together. With the fate of worlds at stake, two men collide in the ultimate battle between good and evil.

The Dark Tower arrives in theaters on August 4th and I will be there. Will you?