Those Who Are Cursed – A Look at “Outcast” & “Penny Dreadful” 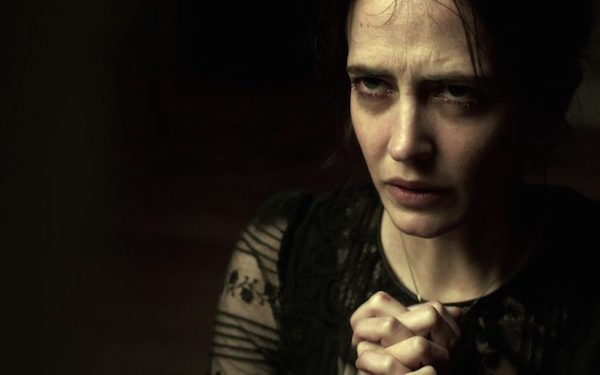 Those Who Are Cursed – A Look at “Outcast” & “Penny Dreadful”

The righteous and the wicked. Often times these two words intertwine, helixed into a unified idea. This idea that a person who has faith, whose existence depends on their devotion to a powerful God, can be a vessel for the very darkness they cast aside. And this is where the struggle begins. This is where everyone around these genuflected humans begin to suffer. This is the folklore of those who are cursed.

I would consider myself a recovering Catholic since I was reared with a strict notion of God’s vengeance and his subsequent mercy but refused to participate in this indoctrination as an adult. It also means that from a formative state I entertained the terrors of The Bible. The hellfire and the plagues. The cast-offs and the murdered. The abject pain and the merciless imagery of crucifixion. My parents are blind devotees who made sure that their children were dragged along, grasping at the coattails of guilt, shame and penitence. This ideology was not confined to my home life but involved twelve years of Catholic education as well. Suffice to say, I have an old fascination with The Devil, possession, the Archangels and the iconography of one of the most powerful religions in the world. 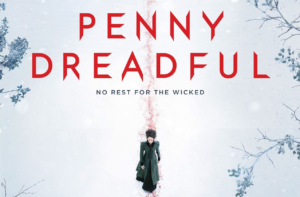 Enter Penny Dreadful and the fledgling Outcast, two shows where the protagonists are tormented from a very young age by demons. Where their faith or belief in the magnitude of that idea could affect the world as we know it. Plummeting us into eternal darkness or peeling away the shadows for the glimpse of light as salvation. 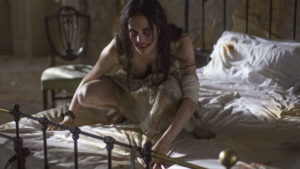 I’ve been a loyal lover of Penny Dreadful since its beginning three years ago. It appeals to me on many levels including breathing life into characters devised by some of the most famous authors. The monsters of the 19th century: Mary Shelley’s Frankenstein, Bram Stoker’s Dracula, Robert Louis Stevenson’s Dr. Jekyll and Mr. Hyde as well as Oscar Wilde’s notorious Dorian Gray. But it is Vanessa Ives who becomes our focus, a character born not from the loins of literature but from the brilliant mind of John Logan, the creator of the show. She is the one the demons haunt. Challenging her faith, desecrating her god and ultimately driving her insane. It is the incessant tug of war between her beautiful humanity and the evil that nestles in her bones that is devastating to watch. Eva Green embodies every part of Vanessa with a grace and terror that transcends acting. She simply IS Vanessa. A performance that is so layered, I’ve never seen anything quite like it. I understand that the show is for those of us who yearn for the poetry of the night and a time of mysticism and the dangers of the beginnings of the Industrial Revolution. The world is still feral even in its attempts to be civilized. Vanessa is a woman acutely aware of everything, a student of nature, of culture in all of its disguises and a servant of God. She fights the demons with her blood and her prayers and her ferociousness. But it is hope that softens her. Hope that she will find her God through the mess of mankind and the supernatural chaos that haunts her every waking moment. 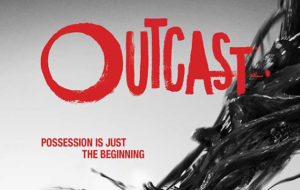 Outcast is the newest offering from Cinemax, HBO’s adopted child network. Driving around the sinewy streets of Los Angeles alerted me to its existence. Stopped in infamous gridlock, I saw the billboard everywhere. The imagery, much like the billboards of Penny Dreadful, was attention-grabbing. I made a mental note to find out more about this mysterious show at a later time. What I found was a trailer that made my hair stand up on end and a delicious fear rise up in my heart. Here was another character afflicted by demons who have stalked him since boyhood. Here the plot lays bare the idea of evil as a very real and tangible entity in this reality as we experience it. Kyle Barnes is given to us broken by factors we glimpse briefly in the first episode. Kyle is a loner who chooses a monastic life, taking up residence in his childhood home, almost recreating the neglect and terror he witnessed as a small boy. Living in squalor, unkempt in appearance with eyes that reflect exhaustion with life, the skittishness of a beaten child and unbearable pain. Much like Vanessa, Kyle exhibits an unworthiness that destroys my heart. The idea that everything you touch is tainted by your past with all of its locked rooms and unmentionable horrors. Two characters who reach out for redemption but will accept damnation if need be. Kyle, embodied by the underrated and gentle Patrick Fugit, like Vanessa, has a mystical power within that attracts the demons like chaotic moths fluttering around the light. We’ve had a taste of what Vanessa is capable of but the key to these abilities are yet to be seen in Kyle, but just like Penny Dreadful, possession seems to be the focal point or should I say, that age-old battle between light and dark.

I can’t speak for Outcast just yet, but it has sink-your-teeth-in potential. The opening scene dropped my jaw and chilled my bones. If this is the direction of the show then I will be tuning in. I can say that although Penny Dreadful cast a literary spell on me, it is also one of the most compelling shows I’ve seen in a long time. It has planted its feet firm into the cable networks over-saturated market. It is gorgeous to look at, an absolute joy to watch even in its darkest moments and the writing is staggering. Intelligent, elegant and poetic. Do not underestimate its subject matter’s power to captivate. But even in the nirvana of subject matter and fearsome visual delight, I find the mirror and I see the reflection of the world. A few talented souls see it as well and are selling it to us as fiction but it is there. Without meaningfulness the very essence of humans becomes compromised and this is cause for alarm. 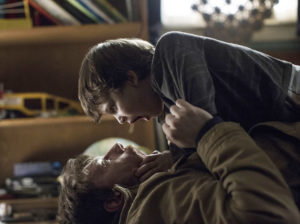 Culture has always been reflective of the current mood of the world and the human condition. Television has a stronghold on delivering the message. The past six years have given us our media-frenzied fear of terrorism through Homeland, the apathy and survival of a few in the apocalyptic zombie world of The Walking Dead. This show is also reflective of human disinterest or awareness for others thanks to aggressive social media and cellphone addiction. Most recently you have The Leftovers, where the disappearance of two percent of the global population is a head nod to the disparity of grief and a world struggling to accommodate overpopulation. So now enter a new social commentary: Crisis of the soul and a confrontation of faith under the guise of the devil, god, possession and the occult.

This article is not a template for a weekly review of these two shows. I’m not here to discuss the episodes or breakdown character arcs. I’m not here to spew out the usual nonsense about the creators or actors. I just see the connection in these storylines and feel the current climate of culture, thunderous in its emptiness. Quite simply, we are lost. A long time ago we used to tell ourselves the kind of stories these two shows are portraying. The mythologies, legends and stories of gods and witches, ghosts and creatures otherworldly, that magic and glamour of the supernatural. The idea that within our own world, there were unspeakable things that walked beside us or perhaps there were cracks in our dimensions housing our shadow selves. These stories united us and gave us pause to take spiritual inventory. The time when we worshipped the elemental powers of the Earth has been forsaken for the new mythology of commerce and technology. The demons don’t haunt us, they are us. 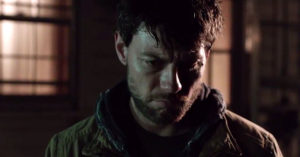 “There are new gods growing in America, clinging to growing knots of belief: gods of credit card and freeway, of Internet and telephone, of radio and hospital and television, gods of plastic and of beeper and of neon. Proud gods, fat and foolish creatures, puffed up with their own newness and importance.” – American Gods, Neil Gaiman