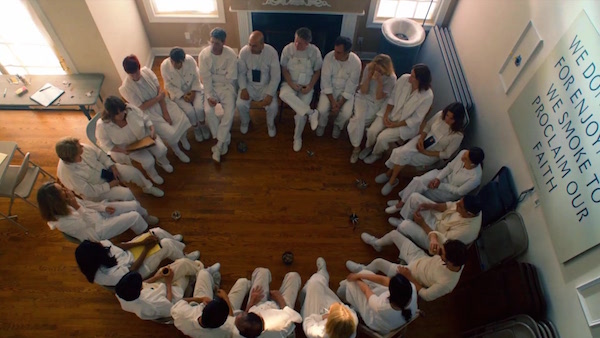 I EXPLOIT YOU, STILL YOU LOVE ME

Cult – (n) a relatively small group of people having religious beliefs or practices regarded by others as strange or sinister.

A small yelp of glee escaped my mouth when I opened my mailbox today. Inside was a book I’ve been salivating about since all the hype began a few months ago. The Girls, the first novel for the very young Emma Cline, is garnering a lot of attention. It’s about a cult. More specifically, a fictional mirror of the Manson girls and that particular time period. I should just stop right here and say that I have a twisted fascination with cults. The focus on smaller sects are the ones that are mesmerizing and right now seem to be another cultural touchstone. Another indication of troubled times, lost souls and perhaps a universal cry for change. 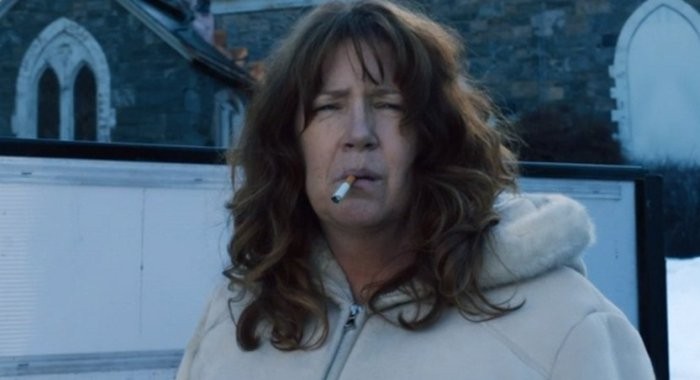 Television quickly took up the subject matter, offering us very different and charismatic snake charmers. The Leftovers brought to us the odd and disturbing cult called the “Guilty Remnant”, led in silence by the magnificent Anne Dowd. The Path, Hulu’s recent toe dip into the mighty ring of quality cable shows, has us compelled and frightened by the delusional Cal, played to perfection by Hugh Dancy. These two shows are worth drinking the Kool-Aid for. I will mention for relevance sake, but not discuss, NBC’s mediocre Aquarius, hearkening back to the days when Charles Manson and his murderous clan of followers held Hollywood hostage with fear.

I jumped on the television cult bandwagon two years ago when The Leftovers premiered. The show is based on Tom Perrotta’s bestselling novel and adapted for HBO by the supremely talented Damon Lindelof. The opening scene alone was enough to lure me in. Overwhelming and frightening, it left me in an emotional state of shock. Then the weekly journey began and I was not prepared for the bleakness and the chaos of humans recovering from what they call “The Sudden Departure” where 2% of the world’s population disappeared on October 14, 2011. The global event is confined to the small town of Mapleton, NY, trying to rebuild three years after the disappearances of the ones taken (now referred to as “the departed”). It was chilling and exhilarating to think about the reality of what that might feel like on this over-bloated planet. How would that affect us? How it affects the characters on the show is played out with feral savagery that may be too much for a generalized audience but I was hooked, dragging myself to the glowing screen for another episode, knowing that I would leave feeling drained and broken. 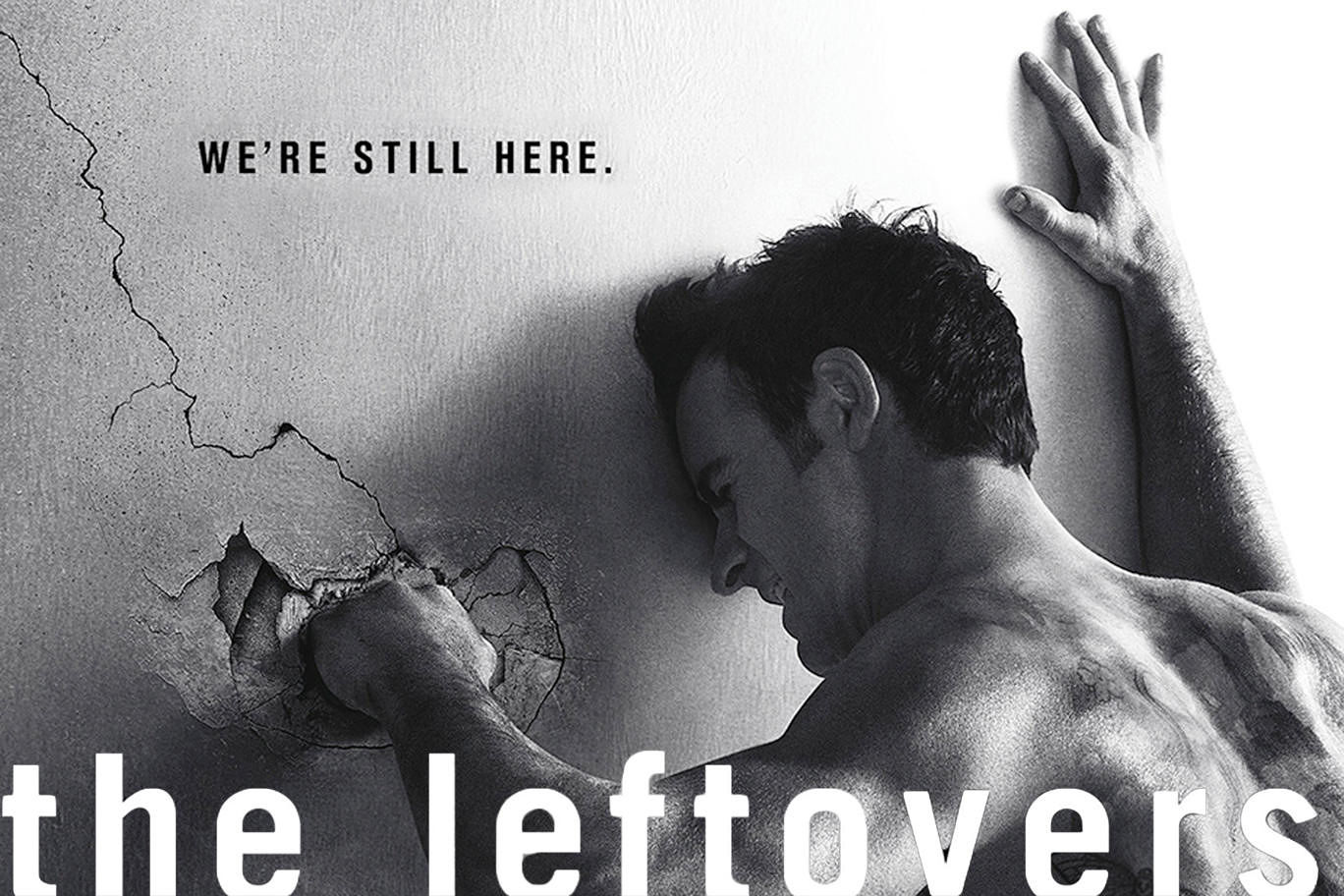 There is so much about The Leftovers that separates it from it’s competitors. It has so many intricate emotions at play that you are often left breathless in a puddle of your own tears after each episode. In short, it is exhausting. But the exhaustion is born from the pain of being a human, delivered to us by an inexplicable circumstance. It is the soul stripped bare. Exposed and raw without the incessant buzz of media distraction and surface cultural influence. One must check their interpersonal safety net at the door before entering this fictional world.

The show’s central plot is not cult specific, however it’s presence plays devil’s advocate throughout both seasons. It drives the plot into completion. The cult itself, the “Guilty Remnant”, are survivors of the “The Sudden Departure”. These are the people that can’t bear to live in the aftermath of such a mysterious tragedy without incredible guilt. Granted, everyone who escaped the event will never be the same. They all are navigating life with a certain amount of unbalance and inescapable depression. The Remnant has taken it to a level of extremism. Statements such as “WE WATCH SO THEY REMEMBER” or “IT WON’T BE LONG NOW”, hang on the walls of their living quarters serving as grim mantras of their purpose. Their beliefs are as follows:

1) They wear white to separate them from the Old World. They believe the Old World ended on October 14th, 2011, the day of “The Sudden Departure”.
2) They have taken a vow of silence.
3) Because they fear they will die soon and that this will happen again, they smoke to proclaim their faith in God.
4) They believe that they are living reminders of God’s awesome power.
5) They are not Christians and believe that labels belong to the Old World but still use “God” as the central figure in their beliefs.
6) They are not a cult but a grassroots organization.

Sidenote: In a clever marketing gimmick, they do have a website that is worth checking out: guiltyremnant.com 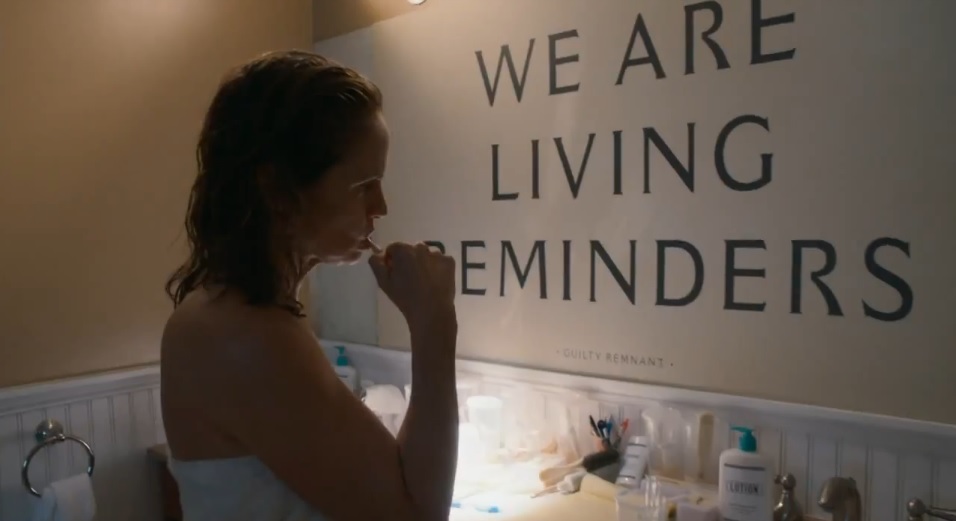 At times it is difficult to discern whether the “Guilty Remnant” are authentic or sincere. Many of the members have living families that they have abandoned. Many lost loved ones in “The Sudden Departure”. Although their mission is to recruit those who feel overwhelmed and lost, they seem to lack any compassion for those whose lives they have destroyed. Regardless of motives, the common thread with every cult is the leader. That person whom all those hold with unhealthy reverence. All sexism aside, this individual is usually a man but not in this situation. As I mentioned above, Ann Dowd plays the stoic and militant Patti Levin who, prior to that fated day on October 14th, had premonitions that something was going to happen. I suppose this catapulted her into the position as the head of the “Guilty Remnant”. Like many cult leaders, she is fearless, unhinged but also shows mercy and kindness to her followers. They accept her in chosen silence, this chain smoking tyrant. Although frightened by her instability, I also fell under her spell. This is the mark of an excellent leader whether or not their intentions are always for the greater good.

“Meyerism was founded by Dr. Steven Meyer in Cusco, Peru, after he saw a vision of a burning ladder at the top of a mountain. When he ascended the ladder, he saw two visions: a catastrophic world after a global disaster, and a beautiful garden.” 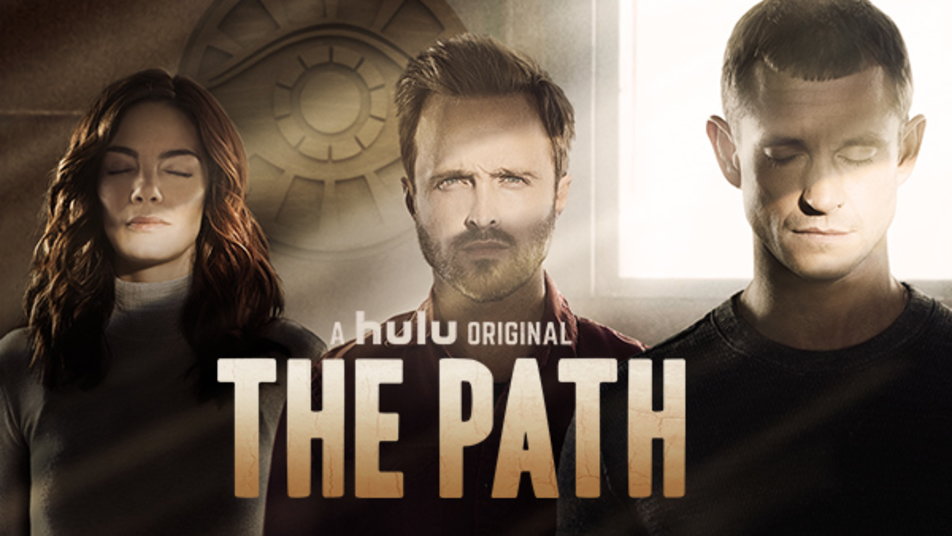 Dr. Steven Meyer’s 70’s vision has been co­-opted by time and a new generation of humans. The core values which seem to be enveloped in love and family all holding on to the promise of eternal life together are carried out through a series of steps called “The Ladder”. Transcending the rungs of the ladder brings with it seniority and a closer divinity with the message and the leader himself. The cult lives in a cozy, remote location in upstate New York. The main compound is accessible through a large guarded gate but it seems as if many of the core members live off property. The initial vibe is an idyllic one with a touch of hippie ideology. They only listen to music from the ’70s. They smoke pot and drink wine. They share their lives in a communal and loving way. This is how you the viewer are introduced to them but as you allow your eyes to wander the interiors of their homes and their compound, you notice a strange symbol hanging everywhere. It is a large wooden eye that has an Egyptian feel and is prominent in a way that becomes menacing. 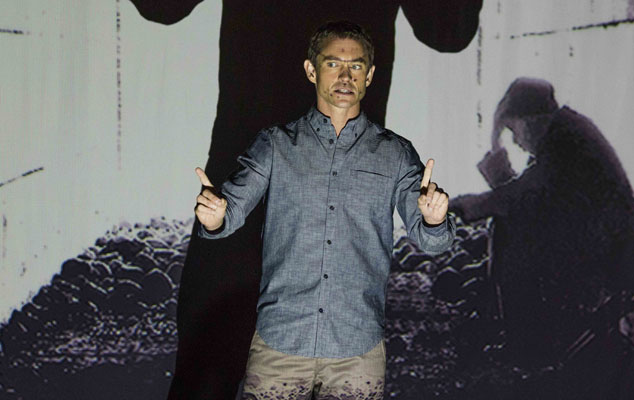 What is missing at the current moment is their leader, who is believed to be in Peru writing the final “rungs” of “The Ladder”, the fated rules for the beginning of the end. Cal, who has been assisting the good Doctor, returns to the compound at first impression like a prodigal son with assurances of the diligent work that is being written, delivering love and blessings from this mysterious leader. All of this begins to feel empty and you begin to experience an unease with Cal. Like Cal, every cult leader exhibits characteristics most of us are familiar with. He came to the cult as a child from a broken and abusive home. It may have saved him from the terror of an alcoholic mother but as he grew up the symptoms of narcissism began to gestate. He quickly assumes leadership and the others fall in line with a blind adoration. He is magnetic. He speaks with fervor and passion at their weekly gatherings. He appeals to the dysfunctions of the members with the love of a gentle and protective father. He promises salvation in the light. He promises them a safe haven in eternity while the rest of the world implodes. With glassy eyes and open arms they love him. But there are agendas and lies that live within this very unstable man. He wants the power. He wants the worship. He wants to fill the endless hole that was his birthright. Like all cult leaders, this is their mission. To repair and erase those crippling feelings of unworthiness and addiction and self­-hate and fill it with a purpose. The broken leading the broken is a very dangerous thing.

If you were to review the past of notorious cult leaders, you would see that beneath the shiny veneer of their idealism, they all share the same behavioral traits. When the status quo is becoming unbearable and humanity feels lost, they sink their claws into the most vulnerable. The ones who can’t bear to live in the world as it is. Most of us are rational individuals who would see through the filter of the loaded happiness they offer but they swoop in during times of unrest. This is that time. This is a time in history when even the strongest of us seek refuge from the storm of consistent outrage on the internet and the snakepit of the current political climate. In our exhaustion, we may become easy prey for the cult propaganda, joining hands in surrender as we watch the world burn.

“These children that come at you with knives, they are your children. You taught them. I didn’t teach them. I just tried to help them stand up.” ­ Charles Manson

“Take our life from us. We laid it down. We got tired. We didn’t commit suicide. We committed an act of revolutionary suicide protesting the conditions of an inhumane world.” ­ Jim Jones 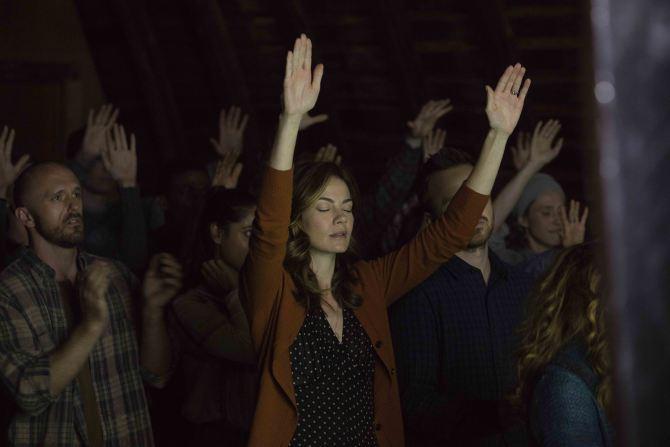