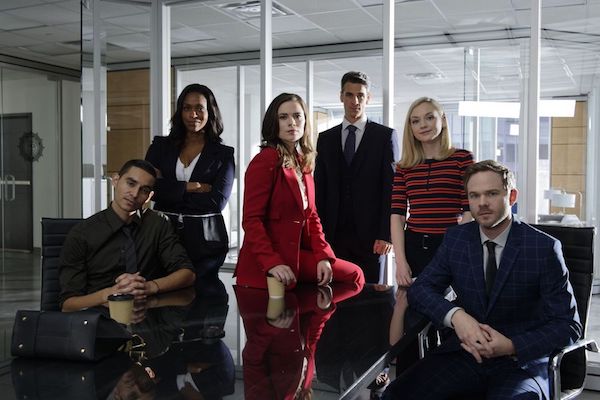 On this week’s episode of Conviction, the CIU team has a new challenge. DA Conner Wallace (Eddie Cahill) presents the case of Earl Slavitt (Richard Thomas), a man on death row, for killing an Assistant US District Attorney. The team takes the case. It’s a personal one for Wallace. He not only was the victim his roommate in law school, but Wallace was the best man at his wedding.

The case will be a challenging one. Hayes Morrison (Haley Atwell) and Wallace are barely speaking after discovering his legal trouble wasn’t what it seemed. While she had rushed to rescue him, Wallace was never truly in trouble. Her mother was protecting him the whole time, he would not have taken a fall.

Meanwhile, Tess (Emily Kinney) and Frankie (Manny Montana) go through stacks of condolence letters, one immediately triggers their alarm bells. They describe the typed and unsigned letter to Hayes. Emily also mentions that the letter also contained details which weren’t released to the public. Suddenly, it seems more likely that they could have the wrong man behind bars.

Later, Wallace and Hayes pay Earl a visit as he prepares for his upcoming execution. As they talk, Hayes and Wallace play good cop/bad cop. Earl is clear eyed as he pleads his innocence, in the face of Wallace’s seeming unwillingness to believe him.

The case is a tense one, as the team has drastically different views on the death penalty. Hayes can barely hold in her outrage as she works with the prison superintendent (Kevin Hanchard). Hanchard is a standout in the episode, as he portrays the staunch realism of his role. He must participate in the executions, while his employees have a choice. The world-weary exhaustion of the character is a brilliant acting choice when facing a man who must face the executions as part of his daily work.

Meanwhile, Frankie and Tess finally get the DNA results from the confession. It turns out, the letter came from a convict and former hit man named Harold Redding. Surprisingly, Earl and Howard served time together. Their cell blocks in prison were mere yards apart. Hayes openly wonders if Earl may have hired Harold to kill Tom. However, Earl denies the claims. With only a few days remaining, the team quickly calls Earl’s ex-wife in hopes of obtaining his financial records. Unfortunately, she’s less than willing to work with them. She does however, point them in the direction of Nina Chen, an accountant and friend of Earl’s.

After a discussion with Nina, the team find themselves in possession of a suspicious memo detailing a fraud case Tom was working on. Digging deeper, they find no proof of the sheet being entered into evidence. Suddenly, there’s new questions. Was Tom fixing cases?

The team zooms in on “Hitman Harold” with laser-like intensity. Tess and Frankie uncover financial records which imply Harold’s guilt. They learn that in the weeks before the murder, he received a number of money orders. The deposits were all less than $2000, trying to avoid attracting attention.

Hayes and Wallace finally get their stay of execution. The will-they-or-won’t-they couple talk through their closed hotel room door. It’s an intensely personal scene. Despite everything they’re trying to hide from each other, their faces betray their feelings. The emotion in both of their faces is incredibly evident, and very much sells the moment. These two still have feelings for one another.

However, the moment of relief is short-lived as the stay of execution is promptly overturned . Suddenly, the team find have less than 2 hours to prove Earl’s innocence. Hayes desperately struggles to think of an angle. She’s staunchly against the death penalty, and she finds herself emotionally tied to this case in a way she’s never been before.

As the story builds towards the impending execution, there’s a tension hanging in the air. Frankie and Tess stare at a map, trying to find a pattern to the money orders. Meanwhile, Hayes has a sudden epiphany. She speaks with Nina once again. Hayes learns that in fact it wasn’t Tom taking the bribes, rather it was another attorney (Matthew Bennett), who has been working since the beginning to keep Earl behind bars. He wanted Earl to take the fall for his crime. Finally getting the evidence they need, Hayes frantically tries to get in touch with Wallace, who’s at the execution.

However, as Hayes arrives at the prison it’s too late. Their first unsuccessful result utterly destroys the team. They couldn’t save an innocent man.

Back in their hotel, a tearful Hayes talks through the door to an equally emotional Wallace. They end up in each others arms as the closing credits role.