The first official trailer for American Horror Story:  Cult was released on Wednesday and it definitely looks twisted!

So, here’s what we know about the show:

1.The 2016 Presidential Election inspired this season’s story arc.  The story starts with the results of the 2016 election. The story then focuses on what happens to the main characters who become paranoid about what happens next.

Creator Ryan Murphy told The Hollywood Reporter, “[Cult is] about illuminating and highlighting people who don’t have a voice in our culture — people who are ignored by the current administration and who are afraid and feel terrorized that their lives are going to be taken away.”

2. Michigan is the setting. Interesting fact…Michigan was one of the closest races, with the results unofficial for 16 days after the election.  So it’s only fitting that the story take place there.

3. There are lots of scary clowns. Twisty the Clown from AHS: Freak Show is the obvious inspiration for the cult and the connection to Freak Show.  Twisty died in Freak Show, but his legend…and maybe his ghost…live on. 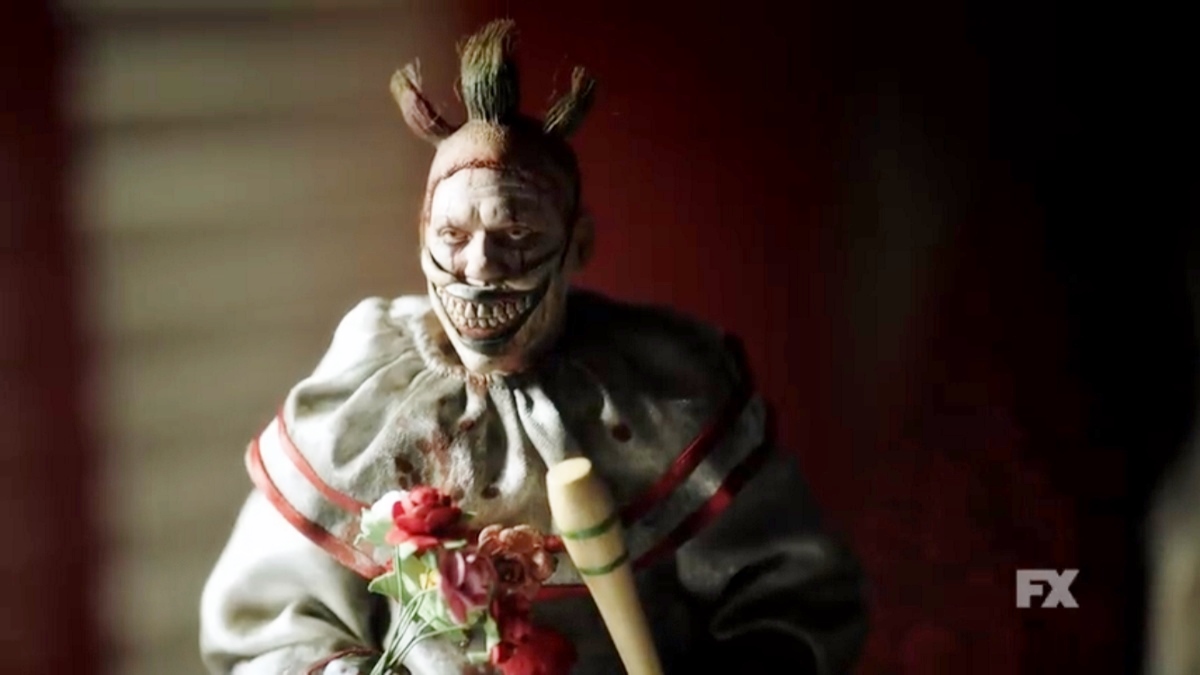 So about that trailer…

Starting on election night, Paulson is visibly upset that Trump is elected as the next President.

Paulson’s anxiety reaches a high and her fear of clowns keeps her from functioning normally.  She starts seeing clowns everywhere.  Is she crazy?

Her partner, Pill tries to keep her calm, but Paulson is getting out of control.

On the other side of the fence, Peters’ character appears to be more than excited about the election.  He also appears to be the one tormenting Paulson.

He asks Lourd what fills he heart with dread. She says children do.  So naturally she becomes Paulson’s nanny.

Peters tells her if they make people scared enough, “they will set the world on fire.”

The clowns haunt Paulson at the grocery store and then in her home.

The fear is real y’all!

Check out the teaser trailer for the upcoming season of American Horror Story: Cult premiering Tuesday September 5 on FX.